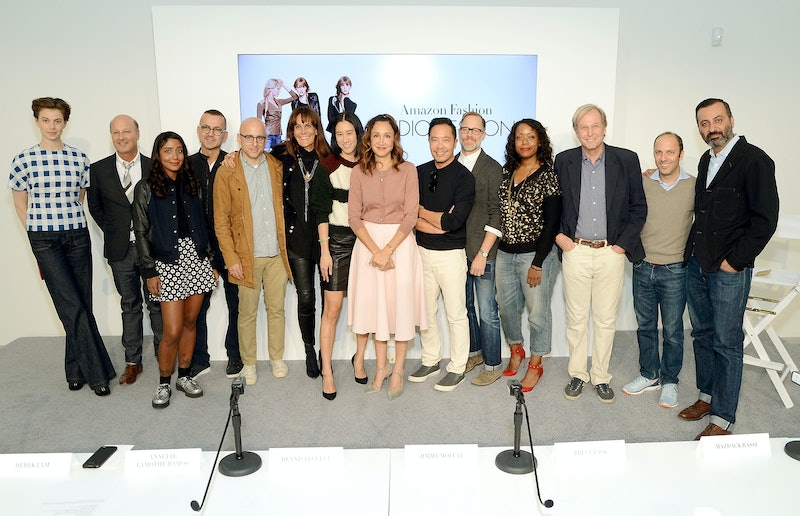 With every new Amazon venture, it becomes more and more clear that Jeff Bezos and co. are trying to run the world from every angle. They'll publish your book, they'll send you organic groceries, and now they want to become your "one-stop destination for head to toe style." The mega-mega-mega online retailer just opened a 40,000 square foot studio in Brooklyn, which they intend to utilize for photo shoots and videos to bolster both the offerings and the general image of Amazon Fashion.

Though Amazon is based in Seattle, New York City is the go-to for all things fashion-related, so not only does this new space mean that Amazon is savvy about increasing their online fashion retailing presence — no more flying models out to Seattle for photo shoots — it means they're serious about doing it right. But Amazon has a history of trampling on any industry they enter (see: book publishing), so fashion retailers should think carefully before jumping on this high-speed train.

Though Amazon hasn't gotten into the couture game yet, Cathy Beaudoin, president of Amazon Fashion, told the Seattle Times that Amazon Fashion wants to be a "great department store, like Bloomingdales, Nordstrom and Saks." But it's hard to imagine that the types of brands sold at Saks, like Gucci or The Row, would be willing to appear on Amazon. Not only does the site tend toward a cluttered, clearance-sale aesthetic, but Amazon also sells things like tampons and paintball gear — products that no self-respecting piece of couture wants to share a shopping cart with. (Products that you'd never find at Saks Fifth Avenue.) While you can find certain designer wares on Amazon, they're usually being sold at deep discounts by third-party retailers.

Speaking of those third party sellers, Amazon has been known to match their prices, which is also worrisome for fashion designers. The deep discounts offered by third parties are often lower than what the original sellers can match; that's why no one shops on the Simon & Schuster website when they can hop over to Amazon's book section. It's not hard to imagine the same thing happening to fashion designers.

But Amazon Fashion is ambitious, and they feel good about this move to Brooklyn; Beaudoin told WWD that when they "enter category or launch a brand, we’re seeing an immediate response. There’s no price ceiling, if it’s the right product." And Bezos told the Seattle Times that Amazon Fashion's photography and video "can be more helpful than seeing it on a hanger or on a mannequin."

Still, the push toward online fashion retailing often feels naïve in this respect, as though better lighting and more angles will ever trump the experience of trying on clothes. Saks and Bloomingdales may not be able to stock clothing ad infinitum like Amazon can, and it remains to be seen whether or not they'll be able to keep up with Amazon Fashion's prices — but at least they've got dressing rooms.