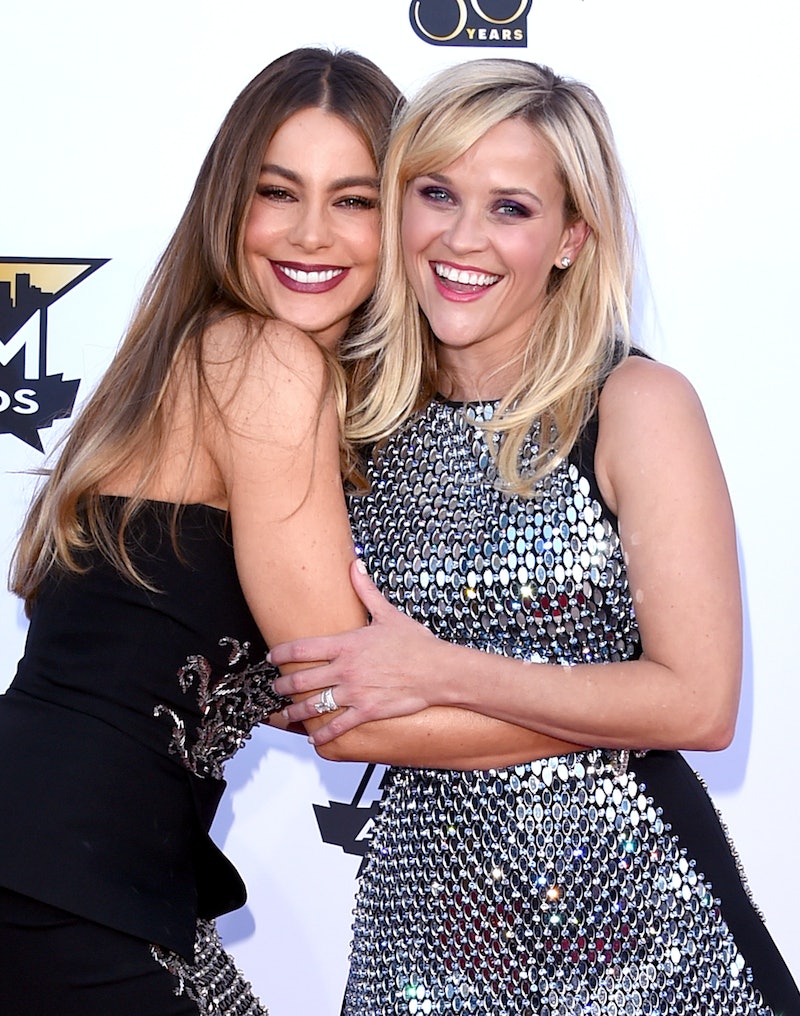 The night may be all about country's biggest stars, but it's the movie stars who are stealing the show. Or well, at least stealing the style show. Reese Witherspoon and Sofia Vergara attended the ACM Awards, and completely won the red carpet in sparkling stunners. They are hands down my favorite celebrity BFFS.

The two actresses, who are starring in the upcoming film, Hot Pursuit, turned out for the Academy of Country Music Awards on Sunday night in Arlington, Texas, and their appearance was such a welcome surprise. Though the co-stars wore two very different dresses, they definitely had one big thing in common: sparkle! Reese opted for an A-line, sleeveless, black mini dress studded with glittering, silver crystals and a pair of black, strappy sandals. Sofia went for something a bit longer, and showed off her killer curves in a strapless, figure hugging black dress with peplum detailing and crystal embellishments. She paired the voluptuous dress with black, peep toe heels, and both ladies wore their hair down and softly blown out.

Witherspoon and Vergara's outfits perfectly complimented each other, and they not only brought the pretty, but they also kept their looks all kinds of dazzling fun.