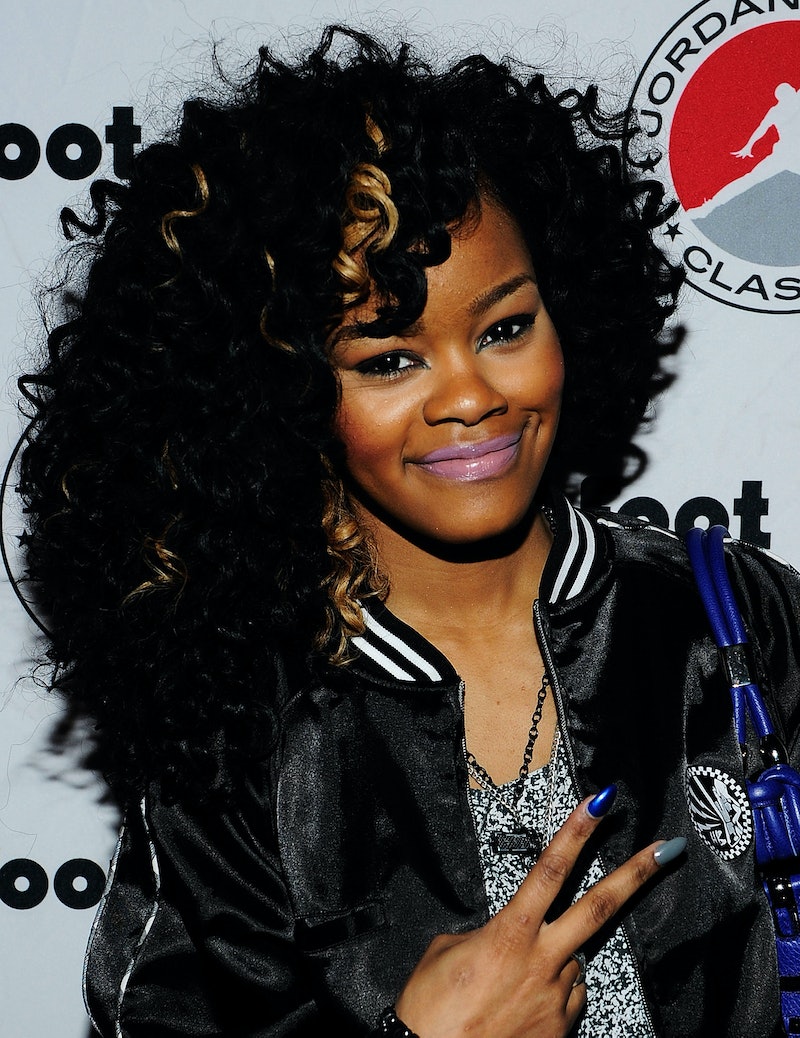 Recording artist Teyana Taylor isn't the type to hang back and let an opportunity pass her by. When Kanye West asked her to stop by the studio to check out the new album he's working on, Taylor didn't just sit and listen. She ended up on the album. That's the kind of creative drive that got Taylor signed with a record label, West's own G.O.O.D. Music and ultimately launched her music career. Taylor tells me that back then, she wasn't looking to be a "rockstar." She calls herself a "tomboy" who was far more interested in skateboarding and hanging out with her friends, but a chance meeting transformed her from a typical teenager from Harlem to a recording artist in the making.

"By the time I got signed, I was just skateboarding, hanging out with my friends" 24-year-old Taylor says. "I was skateboarding down the street in my neighborhood and one of my mom's friends stopped me like, 'I want you to meet my boss.'" Taylor says she was hesitant at first, but she made her way to the studio on her skateboard that day. The "boss" turned out to be the vice president of a record label, and when Taylor sang for him, "he was like, 'Wow.'" Within a week, Taylor scored a meeting with one of her "biggest inspirations," Pharrell Williams. "It's crazy because Pharrell and Kanye...wound up coming into town that same week for Good Morning America, how crazy is that? Years later, I'm signed with Kanye," Taylor says. "Pharrell heard me sing, I rapped to him. No demo. No bio. He was like, 'I'm a fan.'"

After meeting with Williams, Taylor says, "everything was music. I was even homeschooled. It became about the music, it became about the craft, it became about being focused." Taylor's days hanging around with friends on her skateboard were over at that point. When her career started to take off, she realized, "that was a pretty fair tradeoff," but she admits, "you have ups and downs."

A few years later, Taylor says her career had come to "a standstill." "I hadn't recorded in like, three years," she says. Fortunately for Taylor, that was the exact moment she experienced what might have been her biggest break so far in the form of an email from Kanye West. Taylor tells me that at the time, she and West were "fashion friends," and he wanted to get her opinion on his new album and show her a few costume looks for an upcoming tour. West invited Taylor to the studio, and she jumped at the chance, not only to hear West's yet to be completed album, but to show him that she's a talented singer. "I knew I was going to be on that album one way or another," Taylor says, "I just started humming." West liked what he heard. He asked Taylor, "Can you lay that down?" The song was "Dark Fantasy," and Taylor made her mark on West's 2010 album My Beautiful Dark Twisted Fantasy. Not long after, Taylor was signed with West.

Now, Taylor plays sold-out shows and has a single, "Maybe" featuring Pusha T and Yo Gotti, off her debut album VII.

If she was able to accomplish all of that before turning 25, I can't wait to see where Taylor's career takes her next.