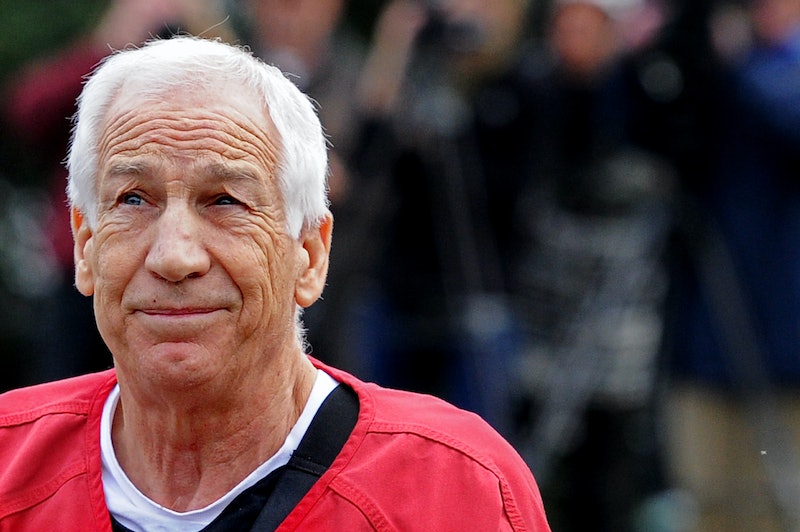 After a year of negotiations, Penn State will pay almost $60 million in compensation to 26 alleged victims of Jerry Sandusky, the former assistant football coach convicted last year of serial child molestation and sexual abuse. 23 of the deals have been finalized, and an additional three are “agreements in principle,” the school announced today. In addition to the 26 individuals the school has agreed to compensate, there are six other individuals claiming abuse at the hands of Sandusky. Penn State has thrown some of those allegations out as being without merit while engaging others in possible settlement discussions.

“We hope this is another step forward in the healing process for those hurt by Mr. Sandusky, and another step forward for Penn State,” said University President Rodney Erickson. “We cannot undo what has been done, but we can and must do everything possible to learn from this and ensure it never happens again at Penn State.”

The school said that the settlements, which amount to a total of $57.9 million, will be mostly covered by the university’s liability insurance policies, as opposed to taxpayer or tuition money. Any remaining balance will be paid for by “interest revenues related to loans made by the University.”

Sandusky was convicted of 45 counts of child sex abuse last year, and is currently serving 30 to 60 years in prison. Earlier this month, a judge denied his request for an appeal.