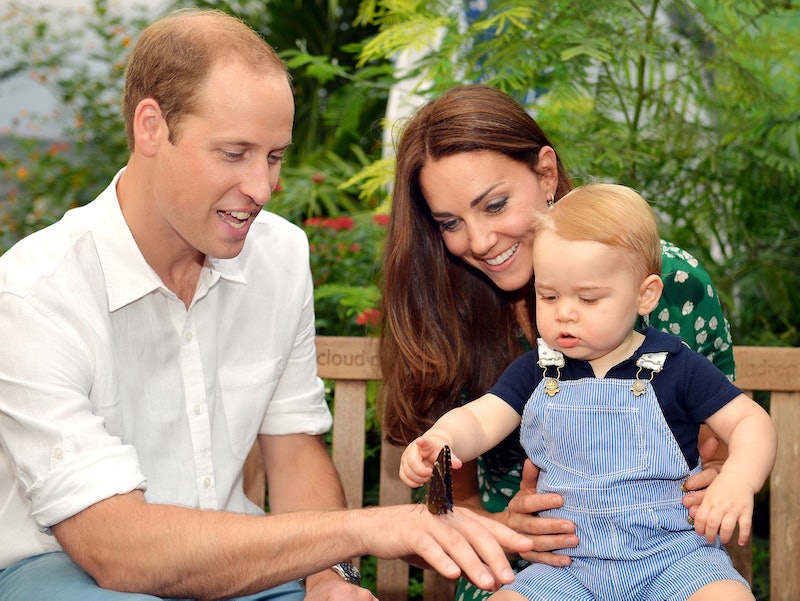 Release the commemorative royal baby mugs! Kate Middleton and Prince William welcomed a baby girl on Saturday, May 2, so you should probably take off work for the upcoming week to celebrate. After all, this is a tremendously joyous occasion. Prince George has a little sister! Prince Harry is an uncle! AGAIN! I suggest celebrating by taking a look back in the family photo album at some of Kate Middleton and Prince William's childhood photos. 'Cause who doesn't love getting a little bit sentimental?

News broke last September that Kate and Will were expecting their second child, much to the happiness of the British monarchy — and the world. Just as the Brits love their tea and biscuits and jazzy fascinators, they also love their royal baby news. According to Kensington Palace, the new princess is 8 lbs, 3 oz. and mother and baby are doing well.

I'm sure that Will and Kate will be taking plenty of pictures of their new baby, just as their own parents took copious pictures of them at this stage. After all, what parent doesn't love over-documenting the early years of their children' lives? Lucky for us, the diligent documentation of Will and Kate's parents of their own kids' years left us with plenty of adorable photos. One day, they'll show these to George andthe new baby (whose name we don't yet know!) and muse about when they were their age.

So cute, yet so not about this picture being taken.

You can already see the good genes emerging.

I just can't even with this.

Kate, at right, was rocking the flower crown wayyy before Coachella fauxhemians appropriated it.

This kid was straight out of a Norman Rockwell painting.

So that was her sport.

Such a princely young man.

More like this
Kate Middleton Wore Princess Diana’s Jewels In Royal Portrait
By Meguire Hennes
Prince William Reveals Charlotte's Hidden Talent In Ultimate Proud Dad Moment
By El Hunt
Prince William & His Kids Are Adorable In A Smiley New Photo For Father’s Day
By Stephanie Topacio Long
Selena Gomez Is Fine Being Single, But She Still Manifested Romance On 'SNL'
By Martha Sorren, Jake Viswanath and Jack Irvin
Get Even More From Bustle — Sign Up For The Newsletter