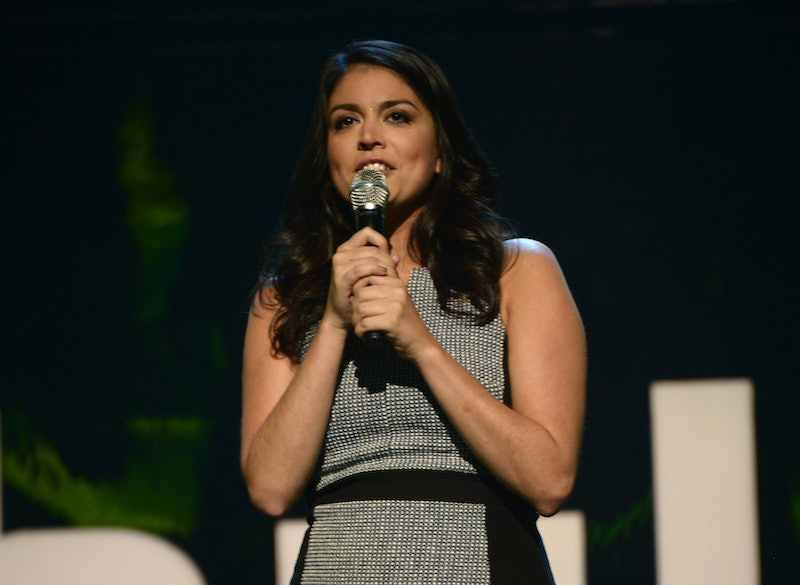 Let's be real for a second: You're not spending your Saturday night hanging out with anyone cooler or more interesting than Cecily Strong or President Obama, so why pretend you are? In case you haven't made plans yet, here's your new itinerary for this Saturday evening, when the hottest place to be is the 2015 White House Correspondents' Dinner.

2. Sit down in front of the computer.

(As of yet, this may not seem all that different from your normal weekend routine, but bear with me.)

3. This is the part where it hopefully deviates from the normal ritual: Navigate to MSNBC.com and get ready to watch the White House Correspondents' Dinner.

This year's Correspondents' Dinner will be hosted by Saturday Night Live comedian Cecily Strong, who will stick to being just plain funny rather than delivering the zingers we so often see every year at this dinner. While last year's host Joel McHale gave Obama a run for his money making fun of politicians and the media, Strong told The Hill:

Mainly, I just don’t want anything that’s more hurtful than it is funny.

But she also acknowledged that it's difficult to go up against Obama, even as a professional comedian.

A lot of comedians I’ve talked to have all said, you know, it’s a very tough room. Obama’s the funniest president; it’s so tough to follow him.

So, where can you watch this year's dinner? So far, the White House has not announced an official live stream, and neither have many major news outlets. But MSNBC already has a working link to watch the Correspondents' Dinner, though — obviously — it is not currently streaming video.

There will no doubt be other places to watch the dinner online. Last year, C-SPAN streamed the event live, because this is the one night a year they get to take center stage.

But even if you're not as big a C-SPAN fan as some, you can still watch the dinner. E! News streamed it in 2013, which means they might do it again. CBSN, the streaming functionality for CBS News, will begin coverage at 6:30 p.m., according to a CBS representative. And CNN Newsroom streams the event every year, which means you can definitely catch it on their website. Last year, the dinner was scheduled to start at 7:30 p.m., but Strong and Obama will likely give their speeches after 10 p.m., and the whole thing should end by 11 p.m.

So, why should you tune in to watch this thing? If you're not sold by the whole "nerd prom" aspect of it, where you have the rare opportunity to watch politicians and celebrities awkwardly try to interact with each other, the stars of your favorite TV shows and movies will probably be there. The cast of Modern Family is expected to attend, as well as Michael Kelly, Gina Rodriguez, Gabourey Sidibe, and Naya Rivera. We'll see you Saturday night.