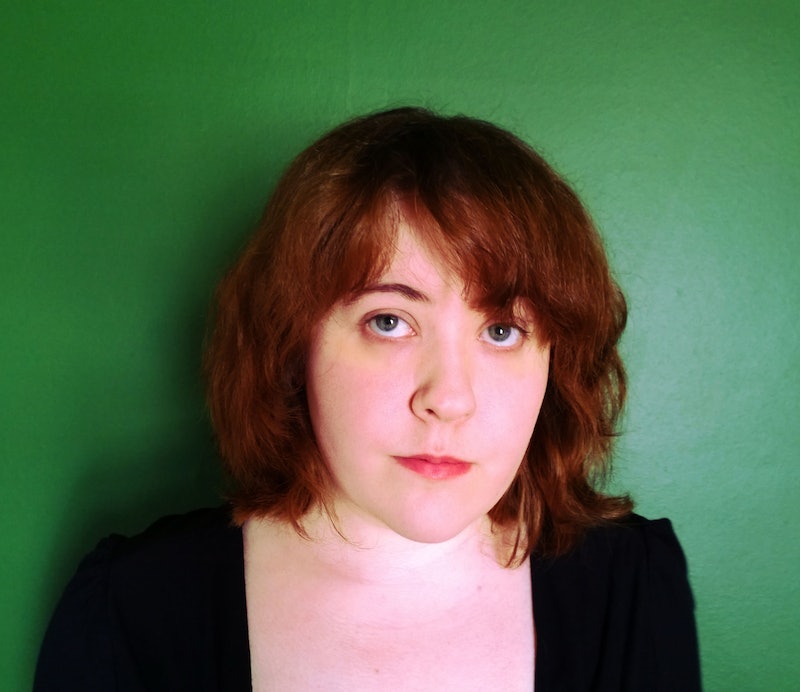 Don't skip over the first few pages. Courtney Summers' All the Rage is dedicated to her mother "susan summers, my favorite feminist." She goes on to say, "I love you, mom. thanks for everything." This is something that may seem commonplace before you've read Summers' powerful story, but once you're done, you'll see just how simultaneously heartbreaking and hopeful this dedication is.

All the Rage follows Romy Grey in the aftermath of an emotionally scarring experience: She has been raped by Kellan Turner, the sherriff's son. And no one believes her. Worse, they brand her a liar and a "slit" ("because 'slut' was just too humanizing, I guess"), and she's relentlessly bullied by peers, some of whom used to be her close friends. Romy is in emotional and physical turmoil, but it only gets worse after she gets lost the night of a huge town party, the very same night Penny, her former friend and the golden girl at school, goes missing, too. When Romy is safely returned home by the police and Penny is not, the townspeople and students at school lash out at Romy, saying the police "wasted time," looking for her when they could be looking for Penny.

The story then follows the search for Penny as Romy shields herself from what happened to her, using silence and perfectly painted nails and lips. She finds respite in Leon, a coworker at an out-of-the-way diner that doesn't know about Romy's story or reputation in her small town.

I've said it before, but All the Rage will make you feel all the rage. The injustices against young women in this world are so clearly, unflinchingly represented on the page that you will feel sick to your stomach just thinking about it. Much of the narrative centers on this idea of raising a girl into this social climate.

"So are you having a boy or a girl?" someone asks Leon's pregnant older sister. Romy's thought process immediately following the question is tragic, and so, so honest.

Through Romy and several other characters, All the Rage presents these reasons why it's so hard, even hopeless, to raise a young woman today. (Trigger warning: Please be careful reading through specific descriptions of the book following, as they can be triggering.) Though we don't see the rape in full in the text, Romy's flashbacks she experiences when she's touched or she hears certain words tell the horrific, and all-too-common story. Kellan rapes her in the back of a pick-up truck when she is too intoxicated to consent, even throwing up as it happens.

He explores the terrain of her body while he pretends to negotiate the terms. You want this, you've always wanted this and were not going that far, I promise. Really? His hands are everywhere and he's a vicious weight on top of her that she can't breathe against so she cries instead, and how do you get a girl to stop crying? You cover her mouth.

She isn't the one to speak up, it's her father who says that the sheriff's eldest son raped his daughter. What Romy has to suffer through next, most women unfortunately will believe, despite it being so reprehensible.

The gossip backlash is swift and severe: She was drunk, so it must have been her fault. She had a big, documented crush on Kellan, so she must have instigated it. Her father is the town alcoholic, so she's just trash that can't be trusted. She never spoke up or pressed charges, so she must be lying. Perhaps the most powerful is when her mother, in an effort to be helpful, buys her a new bra. One that isn't plain, but one that is pink and black and lacy. Romy's response?

If something happens — I don't want to be wearing it.

This idea that Romy could be held responsible for a sexual assault because she has on "fancy" undergarments is disgusting, but as she knows, realistic. And this backlash comes from the mouths of not just young boys, but young women and grown adults. No one is immune to acting this way, as we know from real life.

The juxtaposition between Romy's experience and Penny's angelic treatment when she goes missing is powerful. While Romy has a reputation and "deserved" what happened to her, Penny is a girl who had "a fate no one thinks she deserves." Thus, Penny gets candles and search parties and tears.

An important aspect of All the Rage is Romy's burgeoning relationship with Leon. It's not the romance you usually find in most novels, both YA and adult, as it may not be about love in the end. What she's most drawn to about Leon how, during a make-out session, he stopped when she said "stop." She likes how that makes her feel. Not as a faceless, nameless, non-human with no control, but as someone who has a semblance of power, no matter how small. Readers will have to decide if she's taking advantage of Leon not for him as a person, but for how she can hide her feelings with him.

With the release of All the Rage, Summers started the hashtag #ToTheGirls, a campaign to support and encourage girls across the world via social media. Against the grim reality in the novel, the hashtag went viral, trending worldwide.

#ToTheGirls leads me back to Summers' dedication in All the Rage. Despite what Romy says about praying there won't be more young women born into this messed up world, she dedicates the book to her mother, who raised her. There's something ultimately hopeful and empowering in this dedication message, as simple as it is. Summers herself, like all women, was raised in this world, and thanks to her mother, she was able to withstand many of these horrific realities and even build something beautiful out of it by sharing this story and building the campaign. So as hard to stomach as All the Rage can be, we can look at this hope for the future and think about raising the next generations of girls where the things that happened to Romy won't be so commonplace.