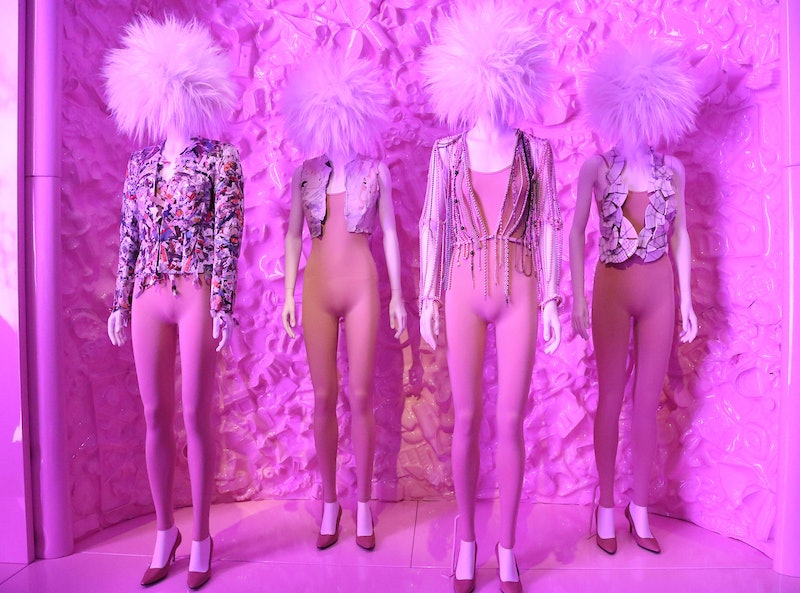 Calling all fashion historians: Ever heard of Charles James? You'll know more than you ever dreamed in a few months time after the Metropolitan Museum of Art features the Anglo-American couturier next year in its annual Costume Institute exhibit.

In an email announcement on Monday to its members, the Met revealed “Charles James: Beyond Fashion” will be the Costume Institute's 2014 exhibition. It will run from May 8 until August 10, 2014.

The London-born designer moved to the U.S. in 1940. He had no formal training, but, according to the Met:

complex cut and seaming led to the creation of key design elements that he updated throughout his career: wrap-over trousers, figure-eight skirts, body-hugging sheaths, ribbon capes and dresses, spiral-cut garments, and poufs.

The Condé Nast image accompanying the announcement shows debutante-aged women in a grand parlor, swathed in feet of icy blue and creme silk, elbow length gloves in site. It is decidedly elegant, expensive, and dated. Approachable? No. But then again neither are the Picassos and Goyas lining the halls of the venerable institute. Sometimes art needs to be an escape. The Charles James exhibit appears to fit nicely into this category.

You might remember that the Alexander McQueen: Savage Beauty exhibit in 2011 smashed attendance records for the Met’s Costume Institute, drawing 661,509 visitors.

I don't expect this exhibit to garner the same widespread attention; I have never heard of Charles James before and I am fairly confident that a large portion of others haven’t, either. The exhibit will have to stand on its own merit, and Charles James on his vintage couture designs (unlike the Prada/Schiaparelli exhibit in 2012 that touted the Italian designers' names, but fell flat in designs).

Though we don't want to fuel the fires of speculation, perhaps someone deep in the fashion PR trenches is staging a comeback for the Charles James line. Far fetched considering the designer died in 1978, but you might remember that a retrospective of the Madame Vionnet designs in 2009 at the Musée des Arts Décoratifs was an unexpected prelude to the relaunch of the brand (which now has a star following and billionaire Russian designer backing it up).

Last year's punk exhibit (photo above) made goth very glamorous and incited a conversation not only on the origins of punk, but also of counterculture movements en masse.

I, along with many other art fashion fans, will wait with baited breath, hot with chiffon hopes and couture anticipations — and I can't wait to see those gowns at the Gala.