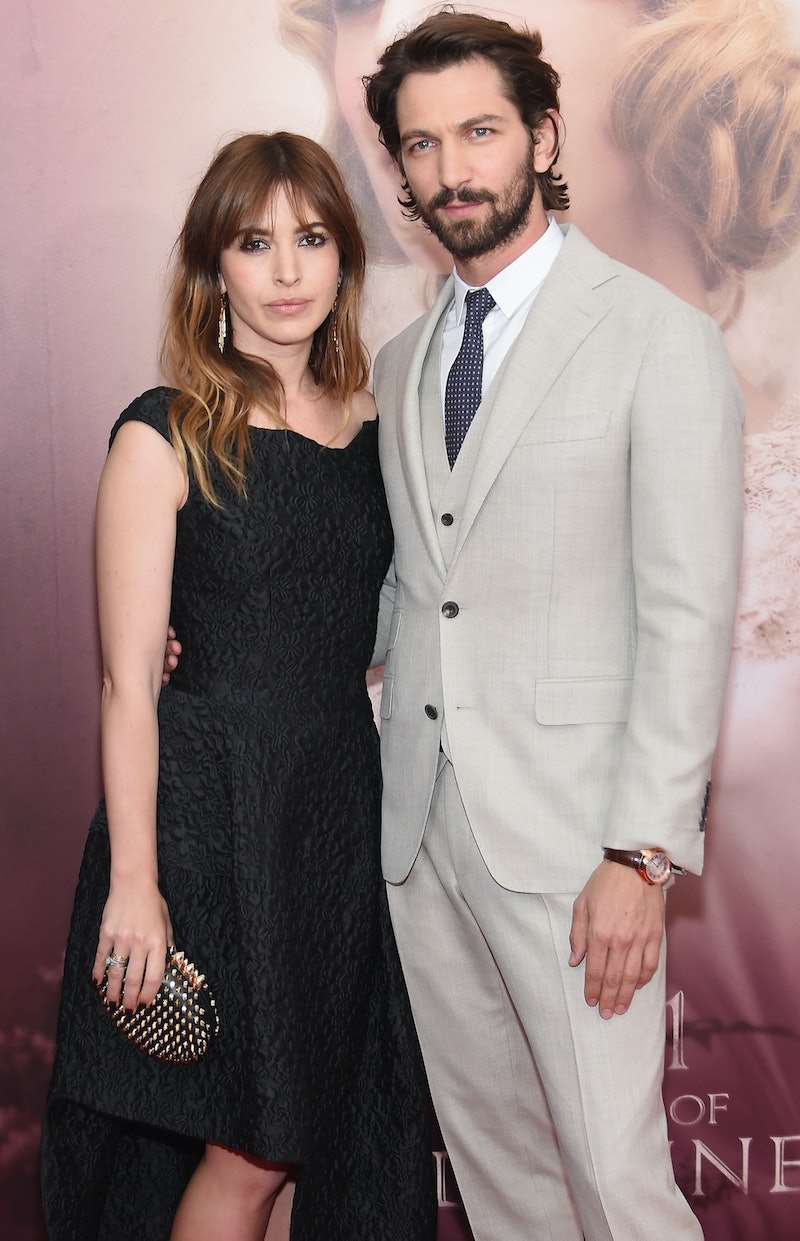 You may know Michiel Huisman for playing Daario Naharis, the Khaleesi's man candy on Game of Thrones, but he also plays the man candy of Blake Likely's character in the upcoming Age of Adaline which premieres Friday, April 24. In the back of your mind, you may be wondering about his availability to fill the man candy vacancy in your own life. Is Michiel Huisman single? Well, I hate to burst your bubble, gals. This Dutch actor/singer/songwriter/slice of man pie already has a Khaleesi in his life.

The 33-year-old multi-hyphenate is married to actress and fellow Dutch person Tara Elders. The happy couple met back in 2003 on the set of the movie Phileine Says Sorry. In an April interview with InStyle, Huisman recalls his first kiss with his wife being on the set of that film. In the scene, as Huisman remembers it, his character was an actor, doing an "avant-garde version of Romeo and Juliet with lots of nudity." This required his character to be buck naked, while Elders' character watches, clothed, from the comfort of her seat in the theater. As he put it, "The scene was pretty horrible, actually... But I guess it all worked out in the end!"

Oh, did it ever work out. That compromising scene happened to be the beginning of a beautiful relationship. In '07, Elders and Huisman welcomed their only child, a daughter named Hazel. The following year, they got hitched. At the moment, they live in New Orleans.

As far as Elders' own projects, she has been in quite a few European shows and films. Some of her IMDb credits include a film called The Muse , a movie about "love and relationships in Amsterdam" called Sextet , an American film called Interview which stars Steve Buscemi and Sienna Miller, among others.

She has also collaborated with her husband on movies other than the one they met on set of. The pair appeared together in a 2007 short called Funny Dewdrop and a movie called Winterland. Catch the trailer for Funny Dewdrop below. It seems extremely pensive and whispery.

There ya have it, Huisman fans. Dude is very un-single, and happens to be married to lovely Dutch actress. Sorry. Guess you're gonna have to settle for him being your man candy in the dream world.

More like this
Twitter’s Reaction To HBO’s ‘Game Of Thrones’ Jon Snow Spinoff Idea Is Chaotic
By Stephanie Topacio Long
Photos Of The 'Elvis' Cast vs. Their IRL Counterparts Will Have You All Shook Up
By Grace Wehniainen
Chris Hemsworth Joked That Baring His Butt In ‘Thor: Love And Thunder’ Was A “Dream”
By Brad Witter
Taylor Swift's “Carolina” Theme For 'Where The Crawdads Sing' Soundtrack Is Here
By Jake Viswanath
Get Even More From Bustle — Sign Up For The Newsletter