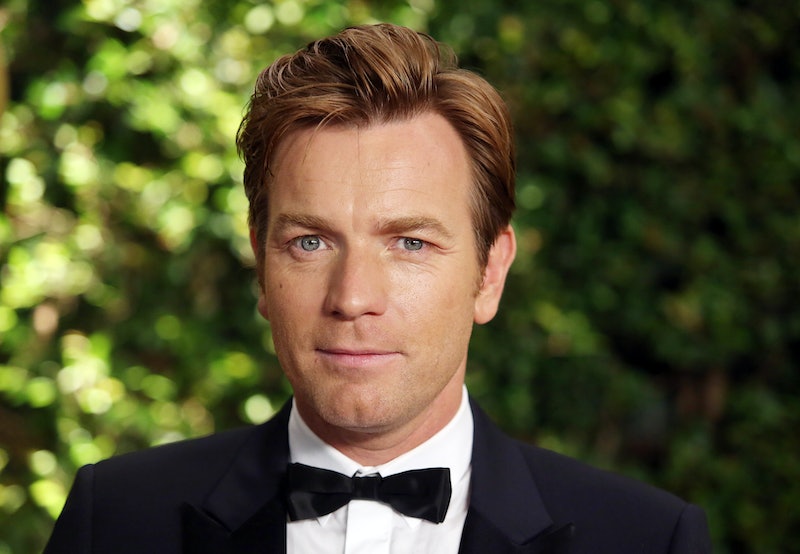 The story of Beauty And The Beast may be a tale as old as time, but that doesn't mean that the upcoming live-action fairytale film isn't something to get stoked for. We've known for some time now that Emma Watson will make a wonderful Belle and that Downton Abbey star Dan Stevens will play her Beast, but the new film's supporting cast is shaping up just as nicely. Emma Thompson will play Mrs. Potts in the upcoming flick while Ian McKellen will take on the role of irritable clock Cogsworth. Now it seems the film has finally found an actor for McKellen to play off of. According to The Hollywood Reporter, Ewan McGregor is in talks to play Lumiere in the live-action Beauty And The Beast , and the casting choice couldn't be better.

I'm surprised that casting directors didn't tap McGregor earlier on. Though I'd be happy with McGregor in any role in this film (really, any role in most films — I'm a fan) but the part of the suave candelabra is definitely ideal for this actor. Here's why McGregor is the perfect choice to play Lumiere in the new film, and why he should be the one inviting us to be his guest.

Anyone who has seen Moulin Rouge! knows that McGregor has pipes — not to mention the ability to break our hearts with a long-held note. He'd kill Lumiere's big musical numbers like "Be Our Guest."

Necessary for someone as smooth as Lumiere.

He's Got An An Amazing Accent

Lumiere is French, but I wouldn't mind the film reimagining the candlestick with a Scottish accent. When McGregor speaks, I listen.

He Knows All About Love

And, of course, Lumiere knows all about the ladies — err, well, at least the feather dusters.

More like this
What Does The Presley Family Think Of 'Elvis'?
By Arya Roshanian
Anne Hathaway’s ‘The Devil Wears Prada’ Anniversary Post Turned Political
By Brad Witter
All The Sneaky Lindsay Lohan Movie Easter Eggs In Her New Ad, Explained
By Stephanie Topacio Long
You Might Want To Rewatch 'Elvis' For This Britney Spears Easter Egg
By Grace Wehniainen
Get Even More From Bustle — Sign Up For The Newsletter