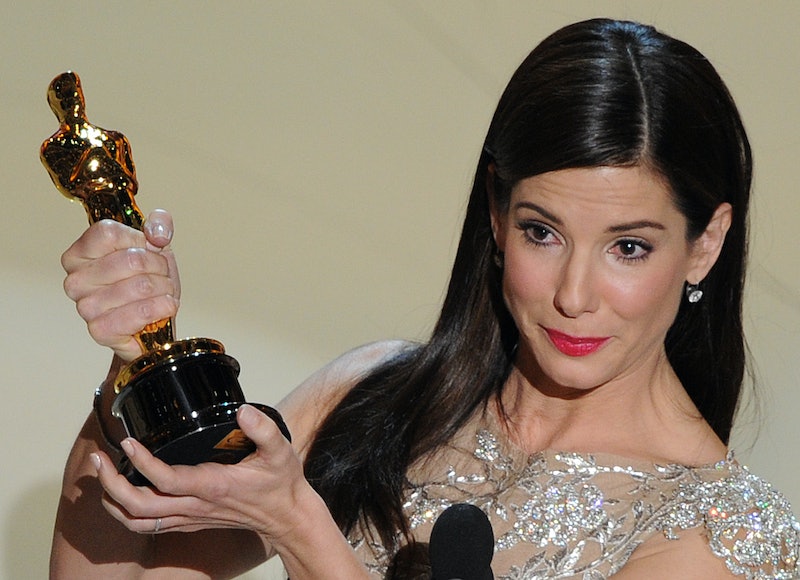 Well, it's safe to say that Sandra Bullock is having a very good day! It's not every day you receive the ultimate compliment in regard to beauty in the form of a magazine cover, after all. Sandra Bullock has been named "Most Beautiful Woman" by People in the 2015 edition of the annual feature. When Bullock heard about the big win, she just laughed: "I just said, 'That's ridiculous.' I've told no one."

One thing is for sure, her fans are understandably thrilled by her big win. Especially since this comes shortly before she voices a super villain in the upcoming Minions movie, there's no shortage of exciting news for her! If Bullock insists on being modest about her big win (more power to her!), she definitely has her fans who are more than willing to tell everyone about their favorite star's recognition. And what better way to show their fangirl or fanboy side by sharing their excitement on Twitter?

Below are some of the best reactions from fans on her big win. And this is probably just the beginning. I'm sure we will see more throughout the day!

Some people were appreciative of People's recognition of a woman who is 50 years old for the honor.

On the same note, some asked what we are all secretly thinking.

Some appreciated the actress's modesty about the honor.

Some wanted to share Bullock's thoughts on what "beauty" means, from the interview.

Some wanted to emphasize the star's beauty from both inside and out.

Some just got really emotional.

Some found a new meaning of life.

And, of course, some people just completely lost all chill.