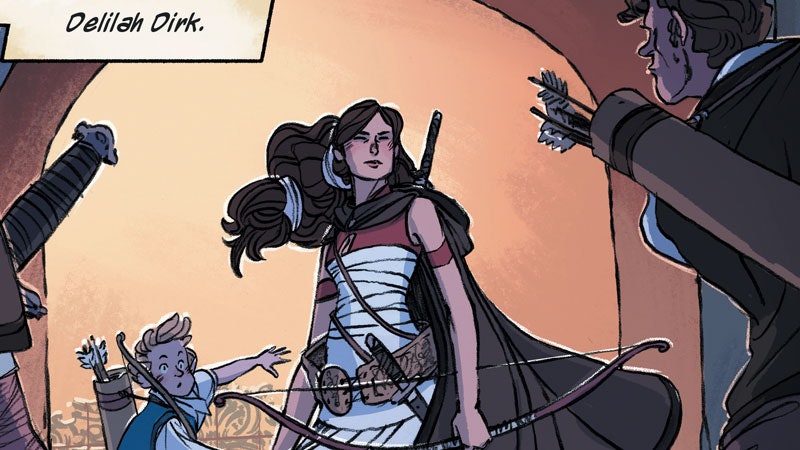 Thanks to certain books and movies, there's an idea floating around that ladies in The Past occupied their time primarily with sighing and fainting. Remember when Elizabeth Taylor faints in A Place in the Sun? I'm sure it always looked like that.

Of course, you know that’s not the case. You can probably list a handful of very capable, hardy, independently-minded, strong women: Joan of Arc, Hatshepsut, Queen Victoria — and that's just the beginning. There are so many more in history, too, whom you haven't even heard of who weren't "strong" because of the power they wielded, but because they were brave enough to present contrarian ideas, or travel, or step into roles that were traditionally reserved for guys. Julia Pardoe, for example, spent six months in Istanbul of the mid-1800s, admitting that, “much of the mist of romance, indeed, rolled away," though she was savvy enough to know this was not what her Western readers wanted to hear. (Incidentally, her book Beauties of the Bosphorus, illustrated by William Bartlett, provided a healthy amount of the visual reference for my graphic novel Delilah Dirk and the Turkish Lieutenant. The opening page of chapter one is a direct homage.)

Once you’ve become tired of all these true-to-life accounts, my upcoming graphic novel Delilah Dirk and the King’s Shilling will be waiting for you in all its fictional glory (and that's the new cover for it right down there, for the first time!).

It is the second book starring titular English adventuress Delilah Dirk — the first, The Turkish Lieutenant, follows her as she wades through ordeals in Turkey; everything from simple failures of nautical equipment to surviving against an onslaught of enemy artillery fire. The King’s Shilling is a sort of inverse adventure — Delilah is compelled to abandon her international travels and head home, where she struggles against the sorts of challenges with which Jane Austen would be familiar: “proper” conduct, etiquette, the duties of a well-mannered young lady, and using force to salvage her reputation from the damage done by a villainous English Army officer.

The King’s Shilling has been in the works for a long time, and I’m proud of the ways in which it improves on The Turkish Lieutenant. The art is more consistent, the plot is tighter, and (fingers crossed) the funny parts are funnier. (You'll just have to read it to decide for yourself, I guess!) You’ve seen the cover; now imagine 260 more pages like that. It's my sincere hope that you enjoy this comic book as much as I am proud of it. Which, you know, is a lot.

I also hope that Delilah — fictional though she may be — can do right by her outstanding role models. To be honest, I never set out to put together a “strong female character” and I didn't know there were role models for her to emulate. I just wanted to write something set in the 19th century, and I wanted to write an antithesis to the boring, unpleasant women from the mainstream comics I’d read. Delilah's subsequent devil-may-care contrarian attitude seemed like a good source of comedy friction considering the sensibilities of the 1800s. I had no idea how many real-life women in the real-life past had shared a similar attitude and had put themselves through adventures just as exciting. But it's cool that now, she can be counted among them.