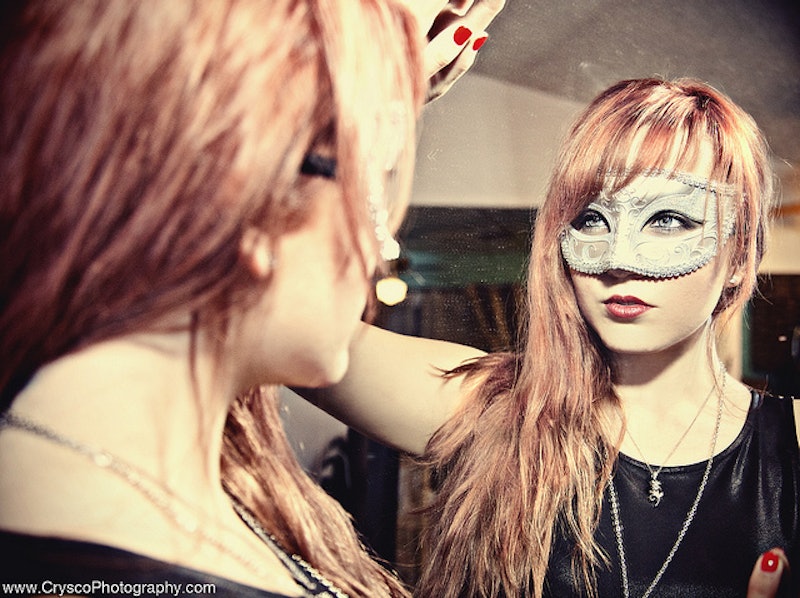 Role play may feel intimidating, but it's going to enter your sex life in some capacity at some point — and can be a ton of fun! It can come in different forms. Have you ever dressed up in costumes? Playing teacher and student, nurse and doctor, maybe vampire and newly-born vampire mate? Maybe you pretended to be strangers in a bar and then went out back to have a "one night stand" — even though you've been dating for decades? If you're looking for ways to have better sex, sometimes adding some new flavor is the answer.

And whether this is playing a character, speaking to each other in a way you wouldn't normal, or going on full costume and setting of scene, there's lots of reasons to love role-playing. The key is to letting your inhibitions take the night off and just having fun. Chances are your characters will be rather hilarious!

Consider how difficult it can be to let your guard down and be comfortable with yourself during sex. Perhaps the answer is to be someone else entirely.

Clothes help you get into character, so dressing up can help you get into the scenario and feel less self-conscious, especially if you don't have much role play experience, says Dr. Jane Greer, marriage and family therapist. Step into the role and bring it to life! If you're feeling nervous or embarrassed, feel free to acknowledge the discomfort and say you're feeling a little awkward or a little nervous — but it's important to try to move past it and jump right into the task at hand, much like you would if you were nervous about giving a speech or presentation in front of an audience.

Set up your scene in advance: this way, you can create boundaries and avoid things going in a direction neither of you wants, says Taylor Stokes of Free Your V. "In advance" can mean a few days, or the morning of.

Get all riled up before you slip into character, says Astroglide's Resident Sexologist, Dr. Jess. As arousal increases and the chemical changes associated with the sexual response cycle take over, your inhibitions, as your brain circuitry becomes overloaded with activity.

4. Have an orgasm first

Research suggests that during orgasm, the part of your brain responsible for sound decision-making turns off completely, says Dr. Jess. It’s no wonder we throw caution to the wind during and right after sex.

Do it with the lights off and play music at a fairly high volume. “The simultaneous combination of sensory deprivation and sensory overload will help you to focus on what you’re feeling in your body as opposed to your mind,” says Dr. Jess.

Role-playing in familiar surroundings can feel very fake, says Stokes. Get out of the house and head to a new location — things can still end up back at home, but by the time you get home you'll be so hot it won't matter where you are!

A big part of role play involves dirty talk, which can be quite intimidating on its own. Ease yourself into the role by whispering your “character’s” lines. The hushed tones combined with the background music will likely ease your self consciousness, says Dr. Jess.

Injecting your own personality into your new role will help ease you into character, says Dr. Jess.

More like this
The 19 Best Tweets & Memes About Bisexual Awareness Week
By Lexi Inks
These 4 Signs Are The Seductive Sirens Of The Zodiac
By Brittany Beringer
Are Quality Time & Gift-Receiving Love Languages Compatible?
By Lexi Inks
The Differences Between Polyamory & Open Relationships
By Lexi Inks
Get Even More From Bustle — Sign Up For The Newsletter