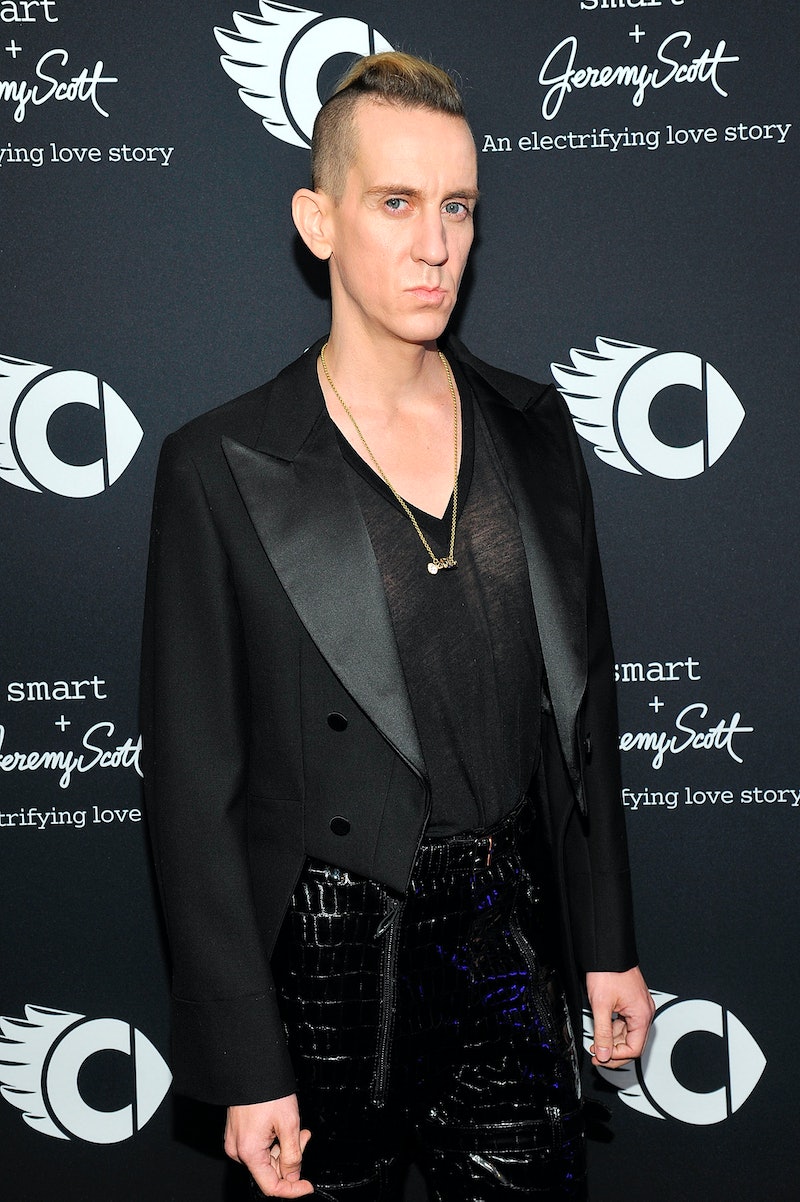 On Monday, Jeremy Scott took to Twitter to announce his new role as the creative director of Moschino.

The 39-year-old L.A.-based designer, infamous for his edgy and ironic style (see: that Bart Simpson dress you've been coveting), is will is looking forward to bringing his signature energy to the Italian brand, which celebrated its 30th anniversary last month in Milan.

"I don’t think I could’ve found a more rebellious brand than Moschino if I tried. It’s so irreverent, things Franco did and things the brand’s continued to do in his name. It’s perfect," said Scott in an interview with Style.com.

While most everyone has at least heard of his name, not many may know about how the controversial designer got to be one of the most-followed trendsetters in the fashion world. Here are five things you should know about Moschino's new guy in charge:

1. He used to be a Moschino Intern. Attention interns everywhere! Don't give up. At least that's the lesson to be learned from Scott's rags to riches tale. "It’s kind of a fairy-tale story. I was the [Moschino] intern, and now I’m running the company." Another fun fact: Scott also interned at Marc Jacobs.

2. He's Karl Lagerfeld's protege. Lagerfeld and Scott's kinship began shortly after the young designer debuted his first collection in Paris, featuring a young Devon Aoki. Lagerfeld would use Aoki in his Chanel campaigns and take Scott under his wing. In an interview with the French newspaper Le Monde, Karl Lagerfeld said that Scott was the only designer who could ever take over after him when he leaves Chanel. Here's an adorable photo of the two from Scott's Instagram.

3. He's a Pratt graduate. Just because he's one of the biggest fashion designers in the world doesn't mean he didn't get his start like everyone else. In 1992, Scott moved to New York and enrolled at Pratt. Although challenging and rigorous (“If it wasn’t made right, they’d rip it in front of you and tell you to make it again"), Scott said at that time in his life, it was the right place for him.

4. He grew up in a small town in Missouri. Scott, a self-proclaimed farm boy, grew up 40 minutes south of Kansas city and was raised in a brick home built by his father and grandfather.

5. He's best pals with the most fashion forward celebs. After the news was announced yesterday, Scott's legion of famous friends expressed their excitement, including Miley Cyrus, Rita Ora and Kylie Minogue. Rihanna, Cara Delevgine and Katy Perry are also huge fans of the designer.