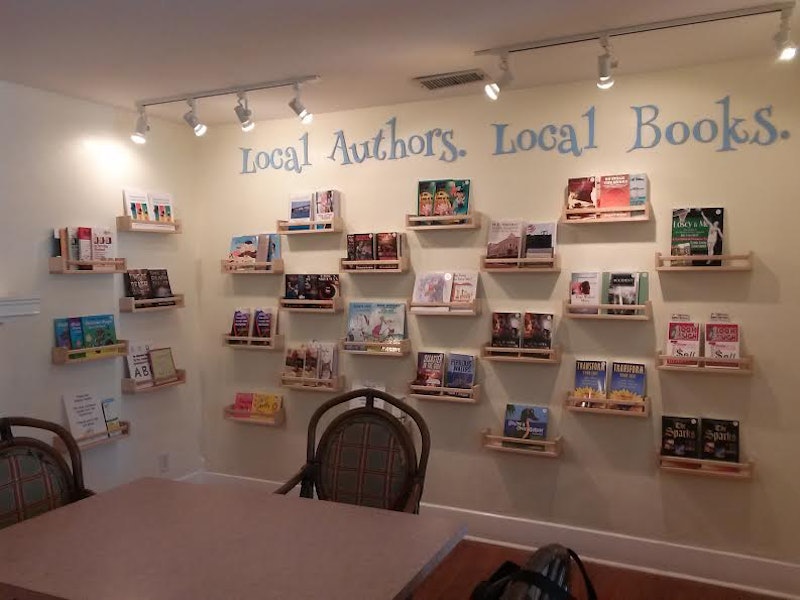 When you're a children's or YA writer, it's hard to find shelf space beside J.K. Rowling, Veronica Roth, John Green, and other major names in the industry — especially if you're self-published. Gulf Coast Bookstore in Fort Myers, Florida, hopes to become a haven for local writers, as it opened this month as the first self-published bookstore in the country.

Creator Patti Brassard Jefferson is a self-published children's author herself, so she knows the struggle many face getting their name out and having customers purchase their hard work. So Jefferson teamed up with history author Timothy Jacobs to bring to life a longstanding dream they've both had, and they opened Gulf Coast Bookstore earlier this month. The store doesn't just sell independent authors, but it focuses entirely on local talent in the Fort Myers area.

“It’s just hard to compete with Stephen King or Dan Brown in a mega-bookstore that has tens of thousands of books for sale,” Jacobs told Publishers Weekly.

And there's even more reason this isn't your ordinary bookstore. Rather than receiving 40 percent of their book sales, as they would at a traditional bookseller, these self-published authors rake in 100 percent of the sales. Self-published authors must rent shelf space in three-month terms and handle stocking and restocking themselves. The cost? $60 for three months, plus a $15 set-up fee — or essentially the cost of putting a single title on display at a one-day book fair, according to Publishers Weekly.

Once they hand over the $75, self-published authors can shelve up to 10 books, either 10 copies of one title, one copy of 10 titles, or some mixture in between. What's even cooler is that, unlike most bookstores, each shelf has a front-facing book display, so customers can look at books in their full glory. There's also no restriction on marketing your books within those shelves, offering your business cards that show where you can be found online after the three months, or housing other book-nerd offerings like bookmarks or pens. Each author also gets space on Gulf Coast Bookstore's website for additional promotion. And want to use your space to host a book signing? That's cool, too.

So customers get access a wide variety of titles, Jefferson and Jacobs ensure there are no more than six authors representing a specific genre at once in the store: Children's books, memoir, local history, fantasy, and education. (No surprises here, but the available six spots for children's books were sold out on the very first go-around.)

Now that Jefferson and Jacobs have brought this self-published bookstore idea to reality, I'm not sure why every city doesn't have one of the same. Hopefully this will inspire larger cities and even small towns to support their local writers in a fresh way.