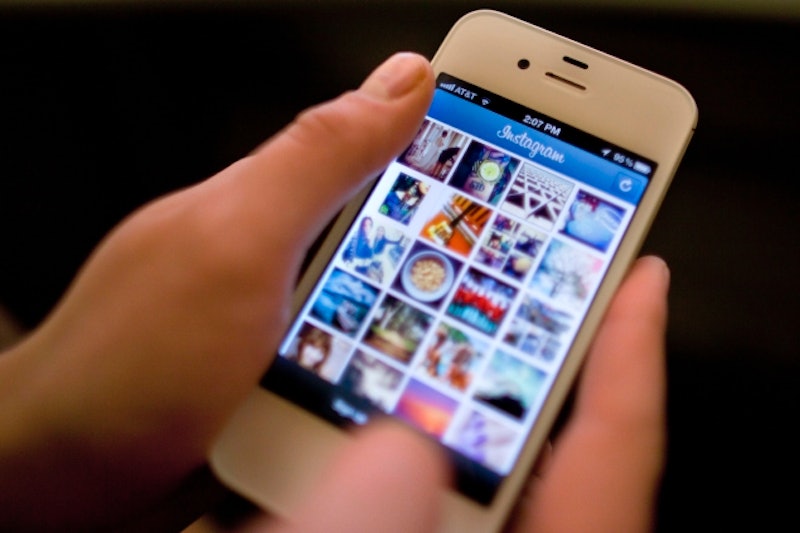 Instagram announced on Thursday that users are now able to shoot and share 15-second videos, dressed up with one of their 13 special filters. It wasn't long before Burberry gave an exclusive behind-the-scenes look at the Burberry Prorsum Menswear Spring/Summer 2014 show. The video, which feels a bit like a mini-commercial, gives fans the opportunity to experience the Kensington Gardens show, even if they are far, far away from London (and, you know, would never be invited to a Burberry fashion show).

1. You can attend New York Fashion Week without actually, well, attending New York Fashion Week. In 2011, the organizers of Fashion Week streamed more than 30 Lincoln Center shows via YouTube. This past year, Style.com streamed top designers, giving consumers the opportunity to live tweet along with editors. As much as live-streaming has changed Fashion Week, it doesn't even compare to how Instagram has taken over NYFW. Come September and February, you can't scroll through your feed without being bombarded by filtered images from your favorite designers. Some people are against the influx of social media at Fashion Week, claiming it takes away the exclusivity. To that, I say, "Why is that a bad thing?" It'sone of the easiest and most exciting ways social media has made fashion more accessible.

2. The blogosphere has made major fashion players out of teenagers. The most obvious person to point to is fashion-blogger-turned-everything-else Tavi Gevinson, but there are plenty of other wunderkinds out there using social media to their advantage. Jane Aldridge was only 14 when she started her blog Sea of Shoes, and was 15 when she collaborated with Urban Outfitters on a line of shoes called Sea of Shoes by Jane. Arabella Sicardi was 14 when she started her blog Fashion Pirate. Six years later, she's a regular attendee of Fashion Week and a fashion writer for Rookie. Eighteen-year-old Emma Orlow's web series, The Do Not Enter Diaries, has already been profiled by The New York Times, NYLON, and Seventeen. And that's just the start.

3. Discounts, discounts, discounts. Liking and following different stores and designers means you can earn deals, get invites to exclusive events, and be privy to behind-the-scenes content. In 2010, Louis Vuitton broadcasted their read-to-wear show live exclusively to Facebook followers, gaining them new fans and rewarding their loyal following.

4. Customer service has been brought to a whole new level. If you have a problem with your purchase, you no longer have to call a 1-800 number. Instead, you can tweet. I recently had an issue with my Warby Parker glasses, so I sent out a tweet to their dedicated social media account. Within minutes, I received a response telling me what I should do. It was a far easier process than being put on hold for 20 minutes, and way, way more enjoyable than being forced to listen to elevator music while on hold.

5. Consumers are generating content. Social media has allowed shoppers the opportunity to play fashion designer. Charlotte Russe ran the successful 'Be The Next Charlotte Russe Design Star' contest on Facebook, where the winner had his or her shirt produced and sold online. Similarly, Victoria's Secret asked their Facebook fans which print they liked most on a pair of panties and made the wining pair part of their collection.

6. There's a real fashion community. Since its launch in 2007, Tumblr has worked to create a diverse and active user base of devotees. The unique platform blends the line between bloggers who create original content and those who just reblog and post inspiration photos. The Tumblr Fashion tag is a curated selection by both kinds of bloggers, and provides an easy place for fashion enthusiasts to share information.

7. You let strangers take your picture. Ten years ago, if someone stopped you outside a restaurant asking to take your picture, you'd avoid eye contact and walk away quickly. Now, thanks to street style blogs, it's flattering.

8. Instagram Video gives an intimate look into design houses. It was only yesterday that Instagram Video was announced, but both Michael Kors and Burberry have already made videos on the platform. It's a simple and easy step to make a high-fashion brand seem more approachable.

More like this
‘90s Streetwear Brands That Are Making A Major Comeback
By Dominique Norman
5 Mini Skirt Outfits To Wear, Inspired By These Brave Souls
By Avery Matera
What Is “Jello Skin”? The Latest Viral Trend To Know About
By Tomi Otekunrin
Fashion Trends From 2002 Making A Comeback
By Avery Matera
Get Even More From Bustle — Sign Up For The Newsletter