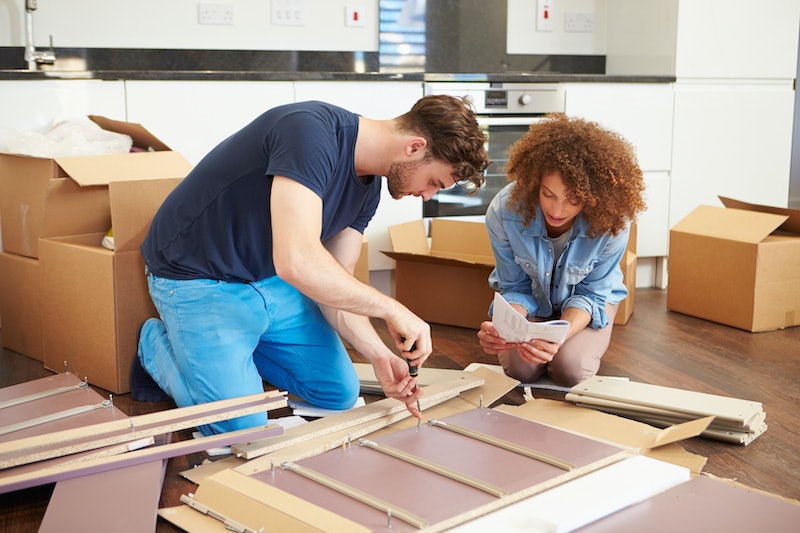 Shopping at IKEA is an emotional experience for everyone, even more so if you're going in a couple. Fights, breakdowns, stony silences — its reputation for destroying relationship has reached almost mythical proportions. So it may come as a surprise that some psychologists are saying IKEA is bad for relationships and are now assigning assembling the terrifying flat packs as part of counseling.

Every trip is full of potential triggers for a fight, and Dr. Ramani Durvasula describes to the Wall Street Journal how the store literally becomes a map of a relationship nightmare. It's probably in large part because, as one IKEA survivor told the Wall Street Journal, "once we were in the store, the reality of combining two individual lives started to sink in". It's a familiar story— you've probably seen more than one couple weeping openly over those meatballs. And that's before you even get the furniture home.

Because if the shop itself is an emotional minefield, the assembly seems to be the ultimate test. That's why Durvasula calls the behemoth Liatorp wall unit "The Divorcemaker", which makes forcing couples to assemble it sounds less like relationship counseling and more like a test on a reality show.

But maybe Durvasula has a point — therapists maintain that those who can get through the assembly successfully and cooperatively have healthier relationships than those who don't. Which is great, if you make it that far. Maybe it's the ultimate test of a relationship. If you decide to try it out make sure to follow the guidelines for couples written up by Janice Simonsen, design spokesperson for IKEA US (Simonsen could not be reached for comment). As far as using the store as a part of counseling, Simonsen told the Wall Street Journal, "we’re just happy to be part of the process." Simonsen recommends agreeing on a style before even entering the store. If that fails, abandon ship and go for the meatballs.