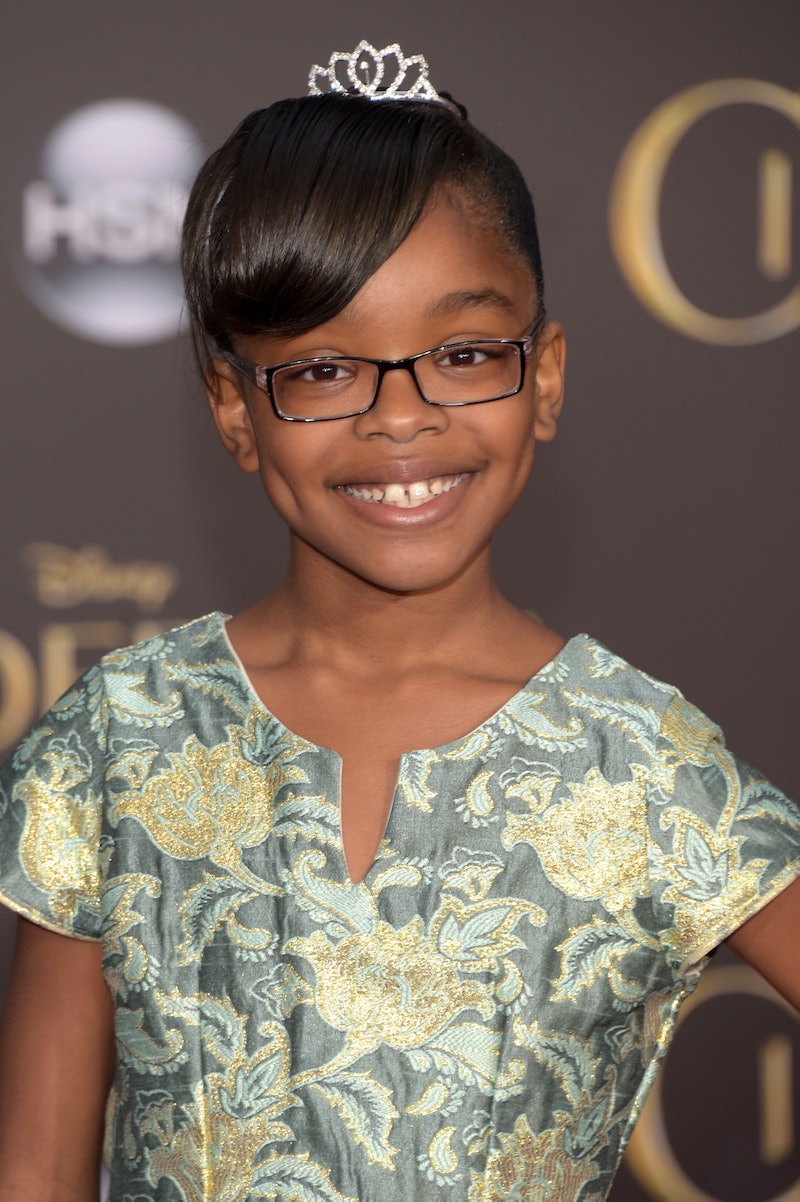 Seriously, if you aren't watching ABC's hit comedy black-ish on Wednesday evenings, I'm not sure what you're doing with your life. Despite its somewhat controversial title, the show centers around an upper middle class African-American family living in Los Angeles. However, the real gems of the show are six-year old twin siblings Jack (Miles Brown) and Diane (Marsai Martin). I've often cried with laughter watching Jack and Diane on screen. Still, it's Diane who has truly won my heart. As the six-year old going on forty, actress Marsai Martin plays Diane with such clarity and comedic genius, that it's easy to see why she's so quickly become a fan favorite on the show.

Jack and Diane are constantly causing mayhem in the Johnson household. Whether it's Jack hiding from his parents in the much talked about spanking episode, "Crime and Punishment," or Diane bossing everyone else around, these kids are really comedic gold. Despite the amazing comedic talent of the adults, the real stars of black-ish are the children, and the real star among the children is Diane Johnson.

Here are seven reasons why Diane is the most loveable character on black-ish, and why she should be your favorite if she isn't already.

She Understands the Importance of Fashion

Diane was not pleased to discover that attending Kindergarten meant that she was required to wear the same uniform everyday. We understand your pain Diane. Uniforms really do seem barbaric.

She Knows Not To Get Too Invested in the Theatre

After watching her older brother Junior rehearse his lines, Diane learned that it was much easier not to become to emotionally invested in Shakespeare. After all, he'll break your heart every time.

She Understands the Horrors of Public Restrooms

Oh Diane, so young and yet so wise. At her twin brother's lengthy baseball game, she realized that she made a grave error by not using the bathroom when she was at home. Public restrooms are truly disgusting after all.

She's Quite Clear On the Importance of Food Presentation

Diane and the rest of the Johnson clan were gravely disappointed after Andre dragged them to his favorite steakhouse. The selection was lackluster and barren at best, but the family seemed to be willing to go through the motions until Diane took it upon herself to express her disdain for the food's appearance.

She Is Well-Versed In the Struggles of Hair Straightening

After her mother and grandmother got into an argument over the way her hair is styled, Diane found herself stuck in the middle. After Andre tries (and fails) to help comb her half-fro'd mane, her older sister Zoey finally comes to her rescue. Diane understands the struggle, OK?

She Knows When Its Necessary to Stick Up For Her Siblings

Though her courage only lasted a short while, Diane was more than willing to stick up for her twin Jack when her parents threatened to spank him.

Most Importantly, Diane Is Never Afraid To Speak her Mind

Honest to a fault, Diane is never afraid to express exactly how she feels. In an episode entitled "Big Night, Big Fight," Diane's siblings encourage her to be nicer. Their plan backfires disastrously and they learn that it's best to let the youngest Johnson be exactly who she is.

Vanity Fair named Diane Johnson one of the "The 15 Best New TV Characters of 2014" stating, "Diane is exactly the kind of kid character that should annoy but somehow this preternaturally clever, smart-mouthed kid avoids all of the usual sitcom pitfalls." A well-deserved honor, because Diane Johnson is a major reason why black-ish is so fantastic.