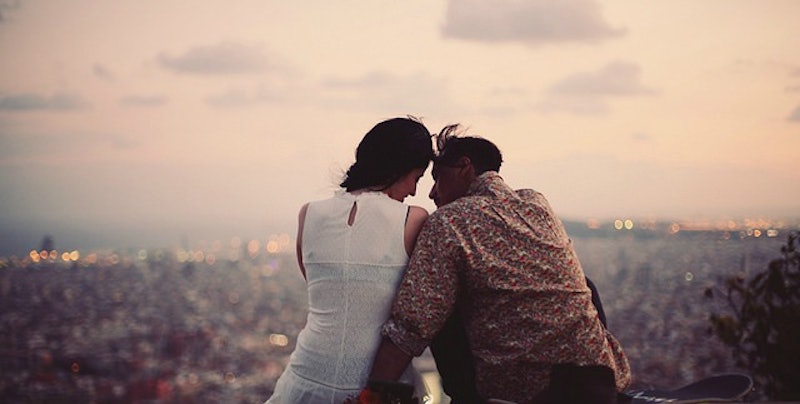 They say you don't truly know a person until you have traveled with them. This is true in all sorts of relationships, and traveling with anyone — from family to your best friend to your beloved — can show them in a whole new light. And they will see you in that new light as well. Sometimes, you'll emerge closer than ever, and sometimes it'll be the ultimate relationship red flag.

"I learned patience was important on my first trip with my husband, something that's fared me well for the next 13 years and counting!" says Jade Maitre, co-founder of TripShooter. "It was our first road trip together in outback Australia and we parked our 4WD on some particularly prickly burs. Said husband made us remove every bur from the tires with a pair of BBQ tongs in case they pierced the rubber and made us get a flat!" says Maitre.

"I am much more of a slap-dash kind of person and I would just have driven on. But I thought he was good-looking and lovely, and it would be crazy if I lost it over just one hour of my time, pulling burs out of wheel tires with BBQ tongs!" says Maitre. Being able to see the humor in situations is so important, reflects Maitre. You are probably going to see them outside of their comfort zone, and they you, so a little understanding will go a long way.

If you are worried about that oh-so-telling first trip with your partner, we have some tips to help you survive!

Some travelers like to plan every minute of their trip; others want the serendipity of discovery or to linger for hours in a café. "Ideally, you’ll discuss which type of travelers you both are beforehand, so you can plan accordingly," says Arabella Bowen, Editor in Chief at Fodor’s Travel.

2. If they’re a totally different person

Yes you read that correctly. The way people are when they travel can be completely different from how they are in everyday life, says Bowen. The guy who’s so well-mannered to waitstaff on your Friday-night date may be surprisingly rude to resort staff on your vacation. "It’s amazing how being 5,000 miles away from home can throw your etiquette out the window!" says Bowen.

3. How they deal with stress

Sure you’ve seen them after a long day of work but being stranded in a foreign country because of a pilot strike? Whole other level of stress. "Traveling brings out the best and worst in people, hopefully your partner thrives in a stressful environment. To help mediate some of that stress, always carry a guidebook for advice," says Bowen. It never fails—or dies.

Jessica Pan, author Graduates in Wonderland, reflects on how she knew her boyfriend was "the one" after their first trip together. "It was a trekking trip in New Zealand and because of the nature of the trip, we were together 24 hours a day for two weeks — it involved difficult hiking, sleeping in the same bed in a hut dormitory, no showers and eating terrible food. Every night, I would be too scared to go outside to pee in the dark wilderness, so he told me to always wake him so he could accompany me to make sure I was safe. That is how I knew he was the one. Being with someone 24 hours a day and having them be kind, sweet and entertaining without any access to the outside world is a great test of your relationship. But knowing that he's also willing to wake up at 3 a.m. and wander into the bush to wait for me while I peed in the dark - well, this was proof enough to me that he was the one for me!" Pan says.

4. Their capacity to stick to a budget

Get on the same page about what you’re willing to spend and who’s paying for what. Even if your partner has surprised you with a trip (awesome!), you should still discuss what, if anything, you’ll be on the hook for when you go, says Bowen.

5. How they act when they are hungry

Think back to the last few fights you’ve gotten into – and then think about how many of those fights started because you or the other person were hungry. Add the stress of traveling to hunger and you have a recipe for disaster. "Make sure you pack a few snacks in your bag," says Bowen.

Habits on the road can change, says Chanize Thorpe, veteran honeymoon writer for Brides Magazine and Destination Weddings & Honeymoons. Your once early bird partner might now decide that vacation is the time to sleep in. Meanwhile, you want to get up and explore when the sun comes up. Or, you've discovered that you love the local club, and your S.O., would rather die than dance.

Here's where you'll discover whether your partner likes to use the bathroom with the door open and chat with you, or insists on total privacy, says Thorpe. Both are OK, but chances are, you'll be different.

8. Temps will rise. Or fall

Hotel room thermostats have been the cause of many a disagreement, says Thorpe. Go on Caribbean vacation and your partner may want the AC on blast, while you may want to fling open your balcony doors and let Mother Nature in. Or, you may be freezing with the room as cold as ice, and he/she is hot as blazes. Compromise is key.

"Some people have an adventurous palate when on the road. Others have GPS'd the nearest McDonald's before the flight has taken off. Handling foreign cuisine can get complicated if you don't have the same tastes," says Thorpe. Hopefully, you'll have talked about it in advance.