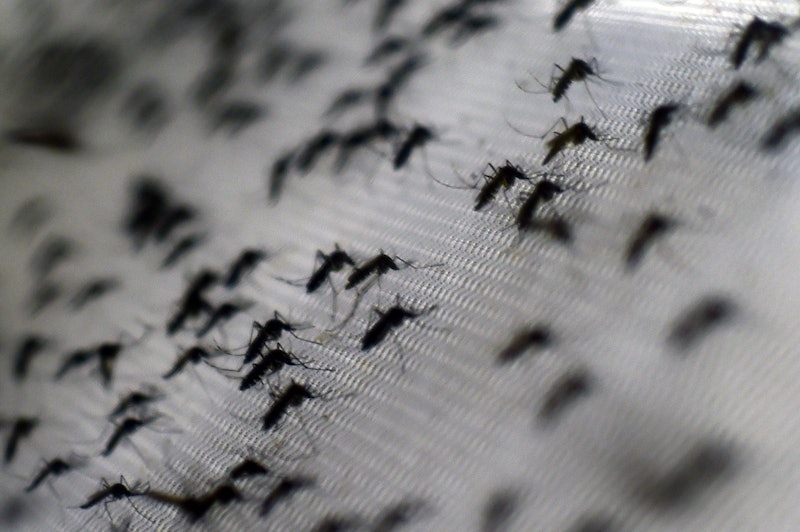 Do you spend most of your summer either covered in bug repellant or covered in mosquito bites, it turns out you can blame dear old mom and dad for that. New research shows that the reason mosquitoes prefer some humans to others is based on genetics. To be fair, it's not a specific "mostquito meal" gene that your parents passed down to you... but you can still add this one to the list of reasons they've ruined your life forever if you really want to. No one likes mosquito bites.

Science has known for years that mosquitos tend to prefer certain humans over others — for instance, pregnant women are apparently super attractive to little bloodsuckers. And while mosquitos seem to make their choices based on scent, everyone is still a little unclear as to the exact reasons why mosquitos perceive some humans as better. And some researchers decided to figure out if maybe the answer lay in people's genes.

So how did science possibly go about testing this theory? Well, the short answer is: twins. To test out how important genetics are in determining how much mosquitoes like you, the researchers found 18 pairs of identical twins and 19 pairs of fraternal twins to take part in the study. And before you ask "Why would anyone agree to be bitten by mosquitoes?", none of the participants were actually bitten.

During the experiment, each twin put their hand into different sides of a Y-shaped tube apparatus with mosquitoes waiting in a chamber at the tail end of the Y. Air was blown past the twins' hands towards the mosquitoes, who were then released and allowed to fly towards whichever scent they found more enticing. Mosquitoes would be caught in a capture chamber along the tube before reaching the hands themselves, and a fresh batch of hungry mosquitos was used for each trial. And then hopefully smushed, because mosquitoes are devil's spawn.

So how did all this turn out?

According to the study, which was published in the journal PLOS ONE, researchers found that when it came to identical twins, neither twin was favored over the other. But with fraternal twins, the mosquitoes showed clear preferences. In other words, two people with roughly the exact same genetic makeup are probably equally good to mosquitoes, while people with different genetics are perceived differently.

According to James Logan, a medical entomologist at the London School of Hygiene & Tropical Medicine and lead author of the study, this "suggests that the trait for being attractive or unattractive to mosquitoes is genetically controlled."

So basically, if mosquitoes love you, there is nothing you can do about it. And if you're one of those lucky people that seems to have a natural defense mechanism against mosquitoes, congratulations. Everyone else hates you now.

But there is good news, too. "If we could work out which genes are involved, we could develop new repellents," Logan told NPR. And that could be super huge in the fight against diseases like yellow fever, which kills tens of thousands of people every year. So even though such advances are probably a long way way off, that's still pretty awesome.