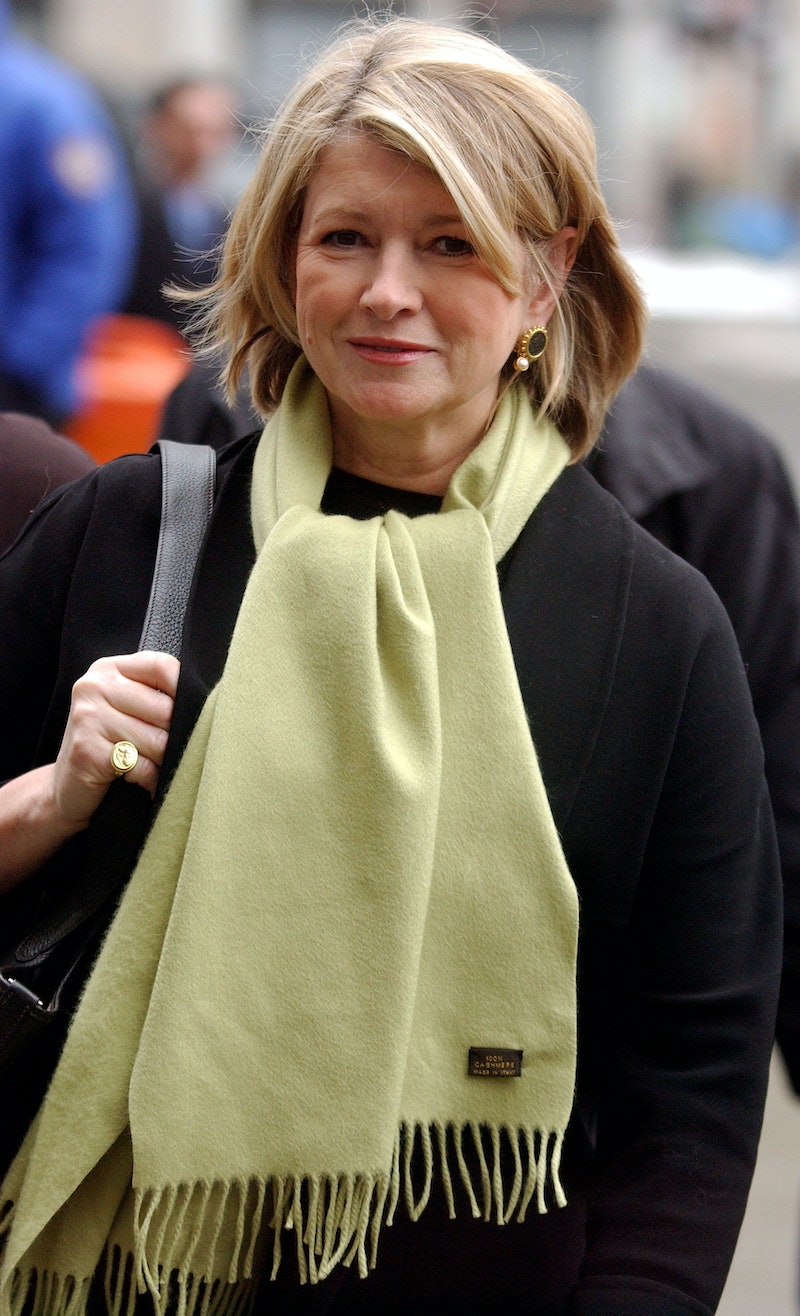 Litchfield is getting a new inmate, and she has a pretty familiar backstory. According to the creator Jenji Kohan, Orange Is the New Black's adding a Martha Stewart-inspired character. Kohan wouldn't reveal anything other than the fact that the character is loosely based on Stewart and is southern, so we don't yet know who will play the newest prisoner. But I have a suggestion: Martha Stewart should play her, obviously.

Who better to portray the character than the lifestyle guru herself? Though Stewart isn't southern, I think with a little practice she could nail the accent, and then she'd be perfect for the role. Plus, it would be a nice nod to the true story behind Orange Is the New Black, which was written by Piper Kerman. For instance: In the memoir, Kerman recounts that Stewart asked to be admitted to Danbury (the real-life Litchfield) to be closer to her mother. In the end, the prison denied her request because they didn't want the press that would surely follow — but maybe that wouldn't be the case for Litchfield and Orange Is the New Black's Martha Stewart-inspired character.

But more than that, Stewart would just be an awesome addition to Litchfield for these five reasons.

She Can Joke About Her Incarceration

It's been over a decade since Stewart was sent to jail, and these days, she is more than willing to poke fun at herself and her past mistakes. She even served as Justin Bieber's jailhouse spirit guide during his Comedy Central roast, giving him advice on how to survive in prison. (You can watch her prison tips at 3:45.) Since she can joke about her time in jail, she should have no problem playing a character based on herself.

She Has Acting Experience

In addition to appearing in a bajillion lifestyle videos, she has acting experience in productions like 2 Broke Girls, Law & Order: SVU, Men In Black II, and more.

She Can Shine Light on Prison Reform

The show is entertaining, of course, but it also draws attention to the realities of prison for many women. In the past, Stewart has been a supporter of prison reform. So, appearing appearing on the show would be a great way to tie her activism in with a little fun.

After the mishap involving Gina getting injured thanks to Red's oven booby-trap — and Norma taking her side — Red's been lacking good friendships. I think she and Stewart would be an excellent team, with their love of cooking. Red deserves a buddy who shares her interests.

She Seems Up For It

After learning of OITNB's Martha Stewart character, Time magazine asked Stewart herself about the news. Though she admitted she hadn't seen the show, Time reported she seemed "intrigued" by the idea. "I’ll look at it,” Stewart told them.

If she gets on board there's really no reason not to go with her. Come on Kohan, make it happen!

More like this
Adele’s All-Female Lineup Includes Kacey Musgraves, Mahalia, & Self Esteem
By Shahed Ezaydi
Everything You Need To Remember Before Westworld Season 4
By Brad Witter
The Umbrella Academy Cast Breaks Down That Wild Season 3 Finale
By Gretchen Smail
Viktor Hargreeves’ Coming Out Scenes Are The Sweetest Part Of Umbrella Academy Season 3
By Gretchen Smail
Get Even More From Bustle — Sign Up For The Newsletter