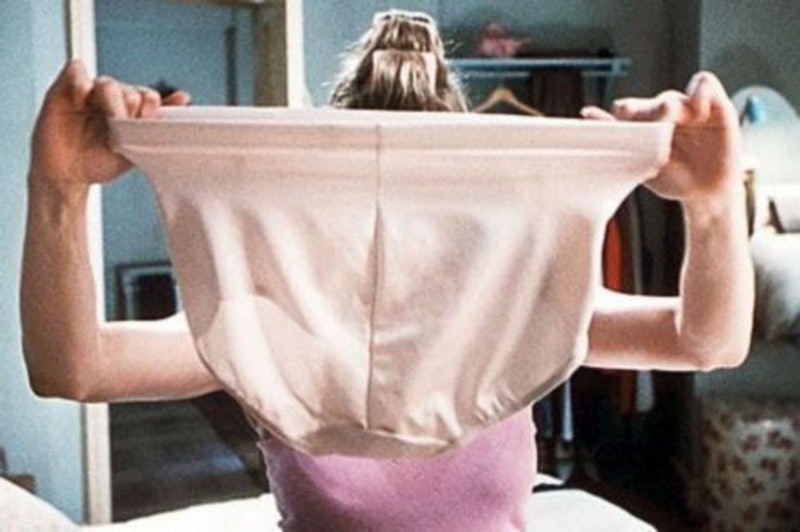 Women have been encouraged to use foundation garments to as a way to achieve desirable figures for, oh, hundreds of years at this point. We scoff at socialites from the turn of the century for lacing corsets so tight that they crushed their rib cages, but how often do we stop to think about whether modern shapewear is dangerous for our health? According to doctors, it's probably nowhere near enough. Name any article of compression clothing, and chances are it's bad for you somehow. If you're especially fond of using your items like Spanx to hide your stomach, you can look forward to meralgia paresthetica, a condition that occurs when pressure is put on the nerves in your groin for too long, Cosmopolitan reports. Symptoms include numbness, tingling, and "painful burning" in your thighs, neurologist Orly Avitzer told the LA Times. If that isn't enough to put you off your corset, gastroenterologist Jay Kuermmele told the Times that "wearing tight garments can exacerbate [the] symptoms" of people who are prone to acid reflux. Kuermelle also mentioned that compression clothing can worsen conditions like irritable bowel syndrome or incontinence, as if they're not already terrible enough.

Sweating in tight clothing can also cause skin rashes and infections, particularly in people with diabetes, the Times reports. Yikes.

Athletes are also known to wear compression clothing out of the belief that it improves circulation and performance by reducing the force needed to move muscles. Some also claim it reduces the lactic acid buildup that makes your muscles burn during exertion. According to the Times, however, the little research there is on the subject has found nothing to support these conclusions, although there could be a placebo effect at work.

Compression clothes aren't all bad, though. They're frequently recommended after surgery to to decrease the risk of blood clots or for people with a history of bad circulation. There's no need to toss your shapewear out of fear for your health either, unless you're looking for an excuse to get rid of them anyway. Most of the aforementioned problems are temporary and go away after the tight clothing is removed. "I'm not trying to say that everyone wearing restrictive garments is going to have problems," Kuemmerle told the Times.

So if you like the way you look in Spanx, go for it! Just remember that no matter how ~fabulous~ you look in that body con dress when you wear them, it's best to give your body a break every now and then. Your poor internal organs will thank you for it.

More like this
How Ovulation Affects Your Sense Of Smell, Libido, & More
By JR Thorpe and Lexi Inks
Here’s What Health Means To People In 2023
By Isabella Biedenharn
10 Primal Movement Exercises That'll Improve Your Mobility
By Carolyn Steber
How Many Burpees Should You Do Per Day? Here’s What Fitness Trainers Say
By Carolyn Steber
Get Even More From Bustle — Sign Up For The Newsletter
From hair trends to relationship advice, our daily newsletter has everything you need to sound like a person who’s on TikTok, even if you aren’t.