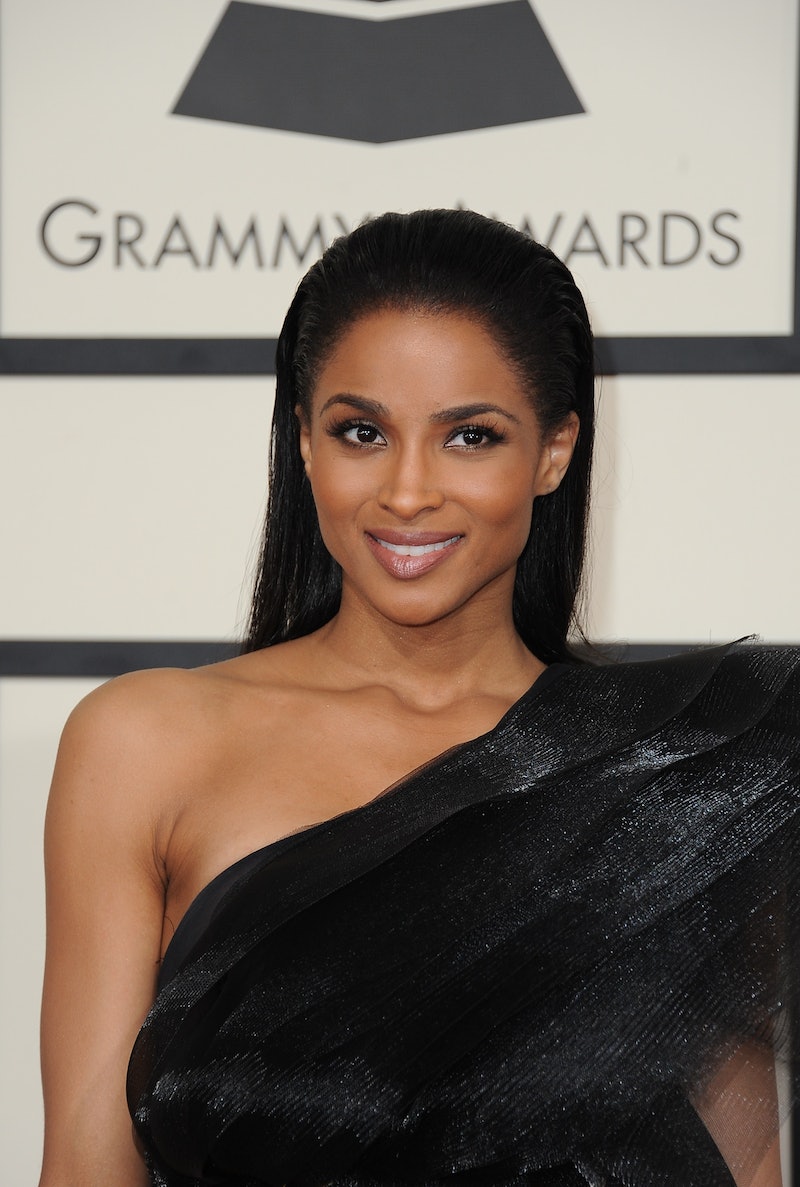 Sometimes — alright, a lot of times, I wonder how celebrities even get into relationships, because it's hard enough for normal people. For instance, new, but not yet confirmed couple, Ciara and Russell Wilson. Like, do their publicists set them up on blind dates at Benihana? Do their security guards screen their OK Cupid profiles? Do they actually venture out and, dare I suggest it, meet people themselves?! Certain celeb relationships spark these ruminations more than others, and R&B singer Ciara and Seattle Seahawks quarterback Wilson are definitely one of those couples. It's not like the pair would cross paths at the recording studio or at training camp, considering their totally different careers. So, how did Ciara and Wilson meet?

It's a fair question, especially since AOL alerted the public to the fact that Ciara is reportedly going to the White House Correspondents' Dinner with Wilson on Saturday, April 25. And, you don't just bring any one to such an important event, ya know?

But, back to the main issue at hand. The answer of how they met is not abundantly clear. I suppose some celebrities like to keep their private lives low key. But, Us Weekly did point out the first time they were "spotted together." The site explains,

The potential couple have been hanging out for a weeks now and were first spotted together at NBC’s I Can Do That wrap party on April 10. "They were cozy in a booth together at the party," an eyewitness tells Us of the singer and NFL pro. Nine days later, Ciara, who was previously engaged to rapper Future, took in a Seattle Mariners game with Wilson.

So, it's entirely possible that the wrap party was also the first time that they met. Perhaps there's a mutual friend or two in the mix that introduced them to one another, or at least got Wilson an invite to the shindig. Regardless of if the wrap party started it all, E! Online professes that the relationship is "very new" so it could not have begun too much sooner than that, anyway. E! Online quotes a source as saying,

It's still at the beginning stages and it's very fresh. She thinks he is a complete gentleman and has really enjoyed hanging out with him these past few weeks. It's constant laughter and fun with them.

While "sources" can be hard to believe, if her Twitter is any indication, Ciara really does appear to be in a good, happy place. So they don't seem to be too off of the mark.

More like this
Ralf Little’s Fiancée Has A *Very* Impressive Resumé
By Sam Ramsden
Selena Gomez Is Fine Being Single, But She Still Manifested Romance On 'SNL'
By Martha Sorren, Jake Viswanath and Jack Irvin
Why Sara Pascoe's Husband Is Familiar To Comedy Fans
By Alice Broster
Justin & Hailey Bieber's Bond Is "Unbreakable" Amid His Ramsay Hunt Diagnosis
By Bustle Editors
Get Even More From Bustle — Sign Up For The Newsletter