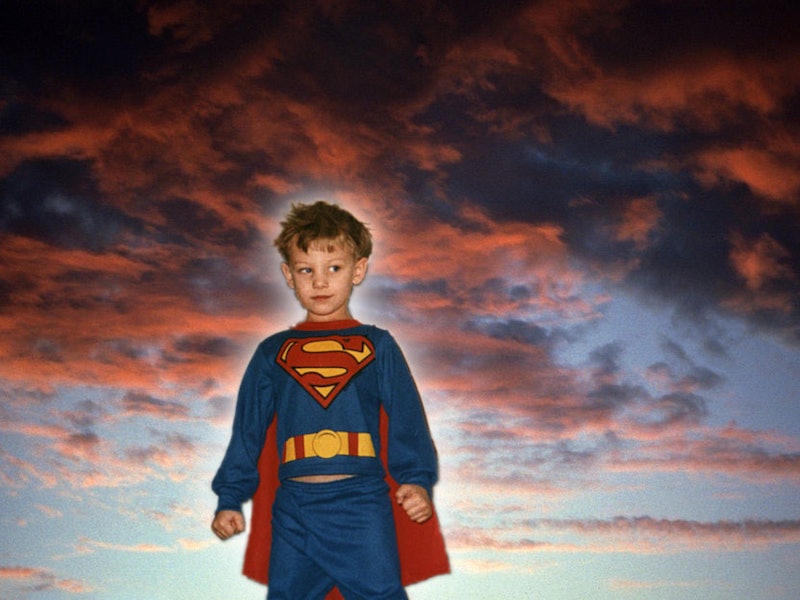 The Week In Geek is our round-up of this week's best under-the-radar tech stories—the stuff we laughed at, were amazed by, and nerded out about.

Soon, you may be able to read Bustle during takeoff.

After a relentless barrage of criticism from the New York Times' technology guru, the Federal Aviation Administration is seriously considering dropping its "no gadgets during takeoff or landing" rules. The FAA has been criticized for perpetuating the "myth" that electromagnetic rays can interfere with the working of a plane, though it seems as though no-one really knows what said rays actually do to planes at all. It's a helluva lot of fuss for an extra half-hour of Kindle/iPod/Twitter time—but people are getting pretty pissed about it.

If the iPhone 5S does for the 5 what the iPhone 4S did for the 4... well, it'll basically underwhelm a whole lot of people. Regardless, rumors are swirling that the phone will have better battery life, a bigger flash, and a better camera. Some photos of the insides of a 5S model have emerged, and while it looks like a bunch of nuts and bolts to us, some tech bloggers are very excited.

The recent Electronic Entertainment Expo tucked a tiny, in-development project at the back of their show floor: That Dragon, Cancer. A profile of the game by Mashable explains that the player assumes the role of the game's creator and developer Ryan Green, whose son, Joel, has fought cancer for years. "I don't know what else I would do to cope," Green says. That Dragon, Cancer has been described as simultaneously hopeless and hopeful, and Green's dream is for the game to spark more conversations about "challenges to well-being." You can find out more—and contribute to the game's development—here.

"Siri," you say. "Where's the nearest bridge?" Last week, Siri would have showed you a list of nearby bridges, but no more. Thanks to last week's iOS update, Siri will now try to get you to call the National Suicide Prevention Lifeline. "No, Siri," you might answer, confused. "I just wanted to do a spot of fishing!" Siri will, nevertheless pull up directions to the nearest suicide prevention center, because, you never know. You'd think Apple would be wary of messing with Siri like this after 2011's abortion clinic scandal, but the measure comes as Lifeline works with Facebook to find out if social media patterns can predict, and thus prevent, suicides.

Science is creating superpowers. Just like that spider and Peter Parker.

There comes a time in everyone's life when you just gotta accept that you'll never be invisible, crawl up walls, control minds, or lift cars. Except, maybe not. Mashable's put together a list of up-and-coming tech superpowers, including skin invisibility, flying bikes, and super-strength suits. Before you know it we'll be saving ourselves, and making out upside-down.