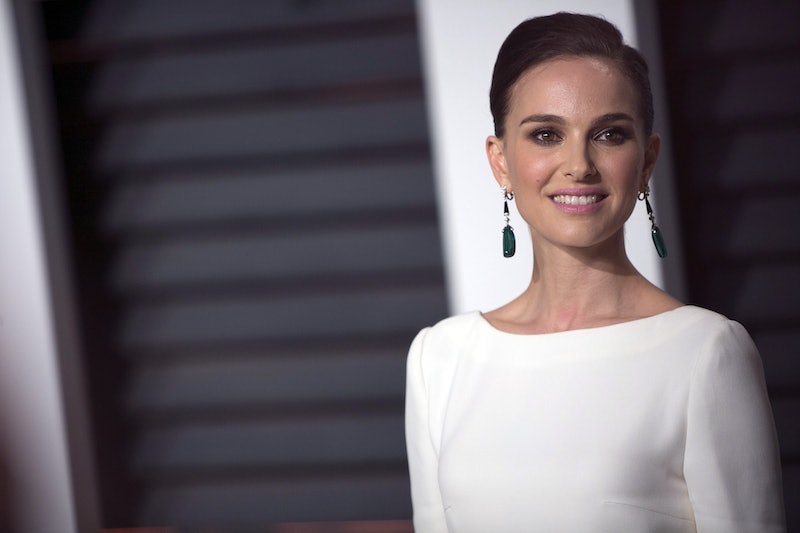 You know what to expect when you watch a Lifetime TV movie — lots and lots of melodrama. But before the cable network gave viewers a weekly dose of issues and lady power, there was a big screen movie that was like all Lifetime movies smushed together. Fifteen years ago, Where The Heart Is was the ultimate Lifetime movie, chock filled with melodrama and more emotional punches than you can handle. Really, just when you think everything's gonna be fine for Natalie Portman's sweet, naive character Novalee Nation, everything falls apart. And the girl is really put through everything.

While most Lifetime movies tackle one issue at a time, Where The Heart Is takes on all of them at once. To the film's credit, it's based on a book of the same name (that was an Oprah book club pick) by Billie Letts, who is said to have based her book on the story of a woman who gave birth in a Costco. So all that melodrama is inspired by actual events, but it didn't impress critics. When the film was released in 2000, critic Roger Ebert wrote that Where The Heart Is totally thrives on its melodrama a little too much. "Where the Heart Is has a screenplay like that, zigging and zagging and wildly careening from one melodramatic development to the next," he said. What halfway holds it together are the performances, which are convincing and deserve a story with a touch more sanity."

Get your tissues or popcorn ready. Here are those zigging and zagging developments, issue by issue in Where the Heart Is.

Novalee starts off the movie as a waddling pregnant gal about to move out of a Tennessee trailer park with her boyfriend Willy James, who wants to move to California. He whisks her away in a car with no floor and then leaves her in a Wal-Mart. With no place else to go, Novalee takes up residence in the store for six weeks unnoticed — until she gives birth, that is.

Giving birth in strange places is totally of interest to Lifetime these days — this year, the network debuted a show called Born in the Wild, which documents women giving birth in the darnedest places.

Novalee and her daughter Americus settle into living with Sister Husband (Stockard Channing) and even get ready to celebrate Christmas. Novalee goes out to buy a Christmas tree with Forney Hull (James Frain), who is in love with her. But there's no time for that — Americus is kidnapped by a Mississippi couple who think Novalee is an abomination for being an unwed single mother. So they take her baby. A search for little Americus leads to a nativity scene at a church where Americus is found as Baby Jesus.

Lifetime has a movie literally called My Baby Is Missing . So yeah.

It's never a dull moment in Novalee's life. Since she's living in Oklahoma, it's Tornado country and one is headed their way. It devastates the town and kills Sister Husband (RIP), who leaves her entire estate to Novalee. Being the strong and resilient woman she is, Novalee rebuilds the property for her and Americus to live on.

In 2008, Mimi Rogers starred in a Lifetime movie called Storm Cells , about — you guessed it — tornadoes.

When Americus was born, Novalee befriended her nurse Lexie, who was a quirky mentor for being a mom. Lexie has had a lot of kids and a lot of boyfriends — not many of them good men. One in particular, Roger Briscoe, was the worst. Lexie caught Roger trying to molest two of her daughters, then beat up Lexie. So the kids and Lexie stay with Novalee for awhile.

In Lifetime's Her Desperate Choice , actress Faith Ford plays a mom who takes her daughter away from her father's sexual abuse.

In the most random of subplots, Willy Jack gets arrested, writes a country song in jail, and then takes it to a record producer, because the music biz is that easy, right? Right. Suddenly, he's doing pretty well and lands a record deal, which is then canceled after his cellmate claims that the song is his. Then Willy Jack loses his legs after getting run over by a train.

Lifetime's A Country Christmas Story follows a young girl who wants to be country singer and it co-stars Dolly Parton.

Forney is the semi-college educated town librarian who secretly loves Novalee. I mean, this dude broke through a Wal-Mart window to help deliver her baby and yet she still insists they're "just friends." But being the good guy that he is, Forney stands by her and babysits Americus. After Forney's alcoholic mess of a sister dies, Novalee comforts him and it leads to them finally consummating their attraction. Novalee thinks he's too good for her, so she tells him it meant nothing, that she doesn't love him, and he should go back to Maine to finish college.

Then she sees Willy Jack again and it convinces her she better tell Forney the truth, so she drives up to Maine, shows up at his college, and tells her that she does love him. Yay, happy ending. Isn't it great when the main character finally falls for the right guy?

For Lifetime proof of this, see every movie to have ever aired on the network.