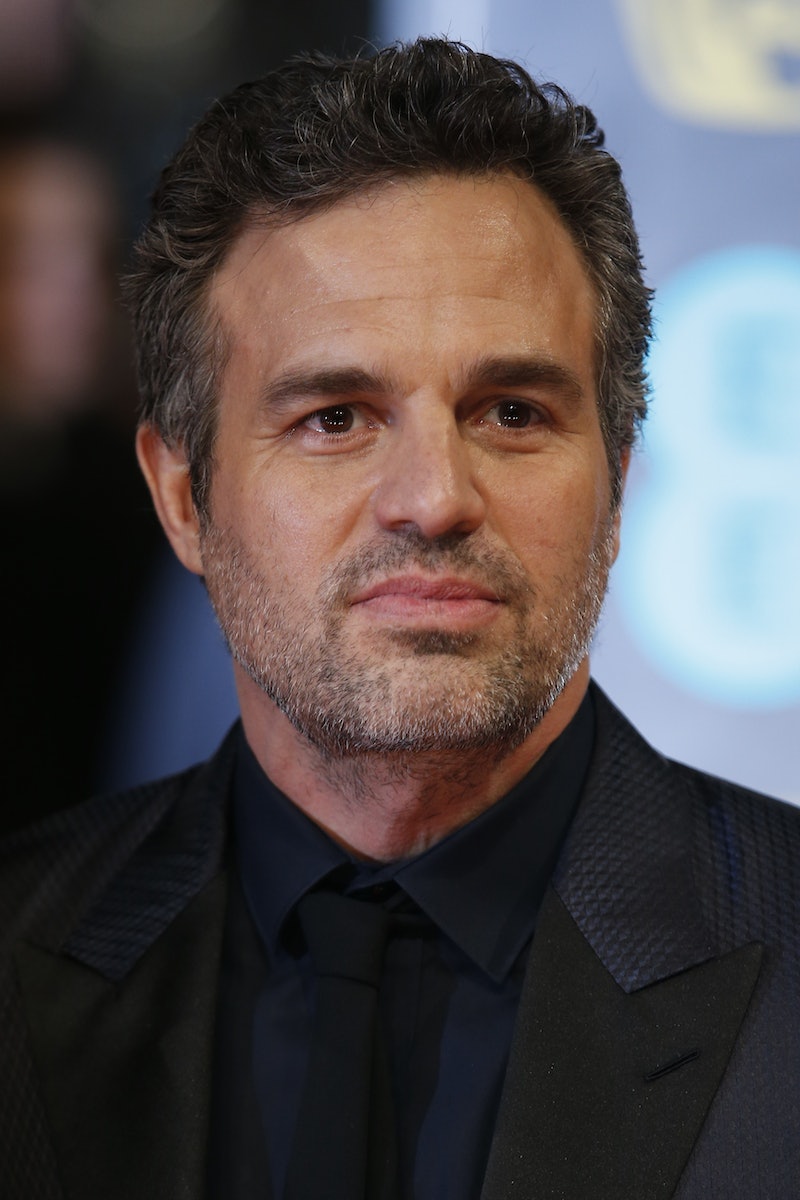 In one of the best interviews to come out of this entire press junket for The Avengers: Age Of Ultron, a Cosmopolitan reporter completely reversed the game on Avengers star Mark Ruffalo by asking questions intended for Scarlett Johansson — and it shines an entirely new light on the prevalence of sexism that's directed towards women in Hollywood, particularly those who star in action fims. In fact, it beautifully highlights just how ridiculous these sexist interview questions are by turning the tables.

For anyone who's been completely out of the loop lately, during a recent press run for The Avengers: Age of Ultron, Chris Evans and Jeremy Renner called Black Widow a "slut" and a "whore." (Yep — that actually happened.) Although those comments were apparently meant to be taken as jokes, the overtly sexist and offensive nature rightfully angered many people. Shortly afterwards, Evans issued an apology via a formal statement that read: "Yesterday we were asked about the rumors that Black Widow wanted to be in a relationship with both Hawkeye and Captain America. We answered in a very juvenile and offensive way that rightfully angered some fans. I regret it and sincerely apologize." Renner also apologized, admitting that the joke was "tasteless." Those apologies sounded sincere, but just in case Evans, Renner or anyone else doesn't realize the gravity of the sexist remarks, this clip should help.

For example, anyone want to know how Ruffalo plans to pose on the red carpet? (Right, didn't think so.) Fortunately, the reporter bypassed asking Johansson that question and got more into how the actress handles performing stunts on set. Things got even more hilarious when she asks Ruffalo about whether he felt pressure to diet before the film. By the time the reporter questioned Ruffalo about which makeup removal tips he suggests after a long day on set, the point is crystal clear. Fortunately he took all in stride, saying "I didn't have that...uhh...most of the stuff I do is in a leotard."

Ha! Gotta love it and kudos to that amazing Cosmo reporter!

Check out the full interview below: