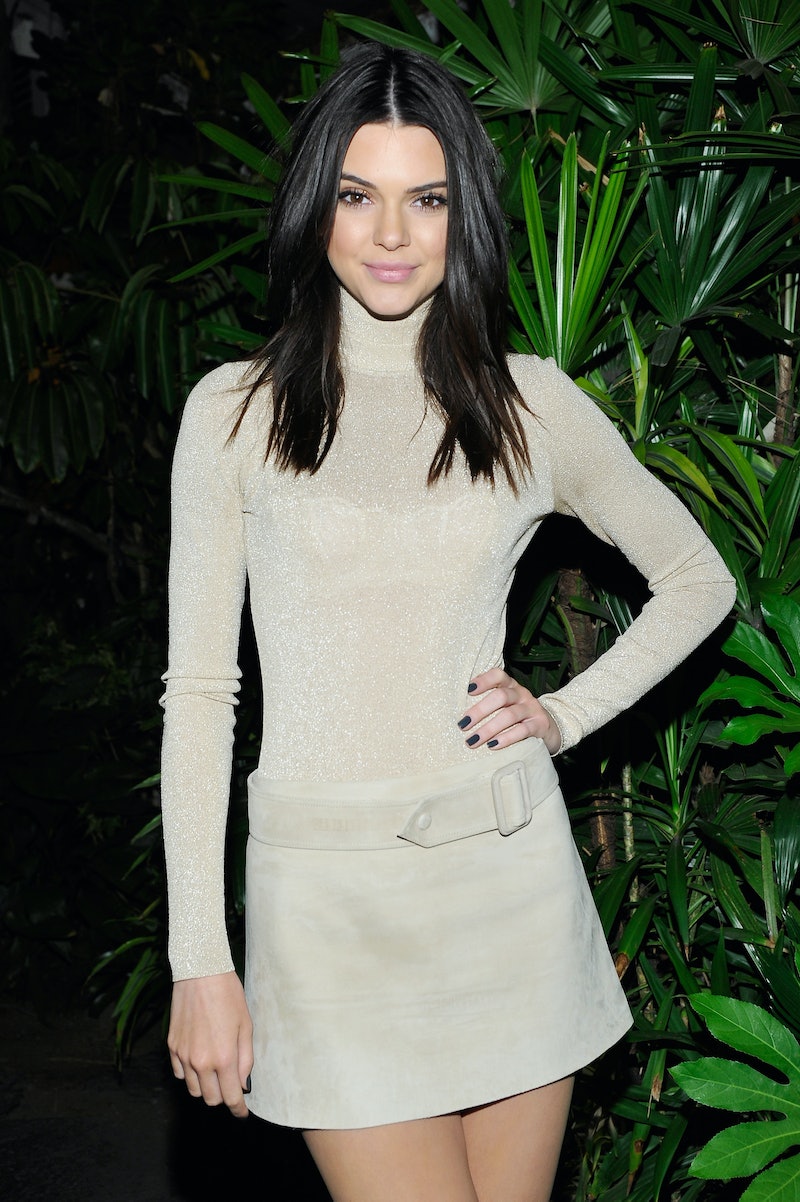 Out of all the Kardashian/Jenners, Kendall is probably the coolest, fashion world-wise. So when Kendall Jenner wears culottes, you know they're officially cool. She's not the only celeb championing the trend: Culottes are back and in a big way. In the past few weeks, the wide-leg, ankle grazing pant has become a major must-have among the celebrity set. All of your favorite Queens of Chicness — from Kendall Jenner at brunch, to her big sis Kim K during dinner with her hubby, to Gigi Hadid at a red carpet event — have been rocking the look. Now it's your turn!

According to the Huffington Post, the gaucho-style pant have actually been around since the 1500s as a trend for men during the reign of Henry III in France, before becoming a pseudo-symbol of early feminism in the Victorian era for women who desired the wearability of pants, but needed the conservative look of a skirt. Then the Karashians adopted the style.

Culottes were a part of the Spring 2015 runway circuit, showing up in collections from Gucci, Theory, Max Mara and more. With the real spring 2015 actually here, it's time for them to become a part of your wardrobe. Don't be intimidated by their simple chicness or menswear inspired fit — anyone can pull this off, I swear. A monochromatic effect is especially striking, but the easiest way to rock culottes is with a pair of heeled sandals and a crop top. If you're ready to give it a go, here are some stylish shopping options to get you started.