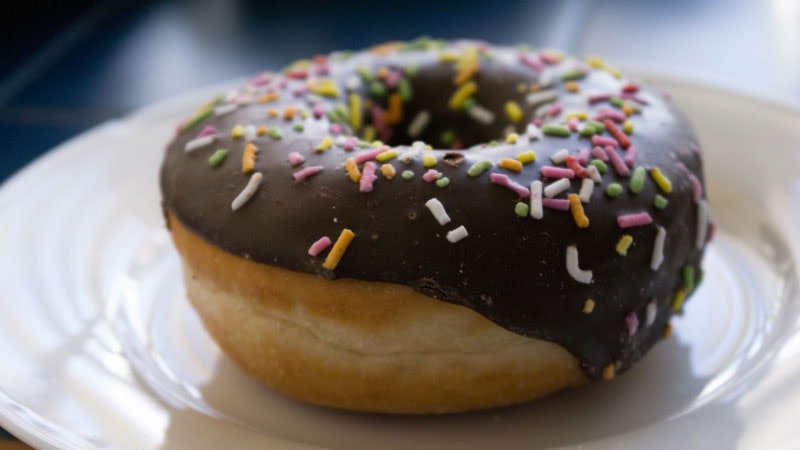 When I first picked up ; Gorge : My Journey Up Kilimanjaro at 300 Pounds by Kara Richardson Whitely, I expected to learn not solely about what the five-day hike up Africa's tallest peak entails, but about the toll such a trek takes on a 300-pound body. I'm not 300 pounds, nor have I ever been; in all the times I've felt like a big person, I've never worn anything larger than a size 6, and these days my jean size is a 25 or 26 — and that's inches. Whitely, on the other hand, describes feeling like a supermodel when she loses enough weight to wear a size 24; she describes her legs as "the width of a century-old tree." Our bodies, I figured, couldn't be more different.

In Gorge, Whitely tells the story of her third climb up Mt. Kilimanjaro. This climb isn't just for sport, though; Whitely is convinced that, since she once lost weight on the climb before, repeating it will help her get her body under control. On page 1 she writes, "I thought retracing those steps would be enough to get me back on track. I desperately wanted to return to the one time I felt I had my weight under control."

I identified with that sentiment, and realized something: food addiction and restrictive eating (the symptom that has most characterized the eating disorder I've lived with for years) aren't all that different. The times when I'd lost a lot of weight restricting: I mythologized those times, the same way Whitely mythologizes the mountain.

As I followed Whitely on her journey up Mount Kilimanjaro, the similarities between her mindset (as a self-described food addict) and mine (as a diagnosed... well, I've racked up every ED diagnosis except binge-eating disorder and pica) resounded, reminding me that our body sizes really are deceptive.

"I don't look like anyone's picture of a woman with an eating disorder," Whitely writes, describing a time when she waited to see her therapist, who specialized in EDs. And no matter how much I exercise or how carefully I watch what I eat, neither do I. Or, rather: I don't look like my picture of an eating disorder. But then again: here are seven reasons that looks — and labels — can be deceiving.

Your Eating Habits Are Changed With Stress

OK, major understatement. "I had always relied on food to get me through adversity," writes Whitely. In Gorge, Whitely remembers being a child, eavesdropping on her parents' arguments — from the pantry. When they separated, Whitely found herself eating to fill the void of her father's absence. "For me, chocolate worked better than antidepressants to rebalance my serotonin, or so I told myself," Whitely writes.

Restrictive eaters understand the idea that our relationship with food is changed when the experiences in our lives are, for one reason or another, emotionally too much. When I was waiting to find out if I got into grad school, for instance, I basically had to force myself to eat.

We'd Rather Get Our Calories in Private

Whitely describes throwing out receipts and wrappers, inhaling pastries in her car. "I hated eating in front of people I didn't know," writes Whitely.

Me too, I thought. If I'm restricting my intake, I become self-conscious about how long I'll take to eat something simple — a protein bar, for instance. If I'm not restricting, though, I can't stop worrying that people who might catch me eating will think I'm doing something I shouldn't, something Whitely describes experiencing, even while she and her hiking group make the climb up Kilimanjaro.

Because What People Will Think of Us Matters... A Lot

And not just random strangers in restaurants or cafés. Whitely, who's married to a loving and supportive guy, confesses that she worried he took four years to propose because "[he] was just waiting for me to get thinner before sealing the deal."

As someone who restricts eating, every time I take a trip to visit friends I don't see frequently, I find myself replacing my morning snack of an ounce of almonds with sugar-free gum or snap peas.

We Put Ourselves on Arbitrary Deadlines

...to lose weight, get thin, break an ice cream/meat/carb habit — no matter how many times the same strategy has failed. Whitely writes about those deadlines, the times she's used an event, like a wedding, four or six weeks down the road to entice herself to lose weight.

I have, too. Sometimes, I've been successful, fitting into that just-right dress; but many, many more times, I've failed to drop what I thought were extra pounds. And there's nothing like feeling bad about your body to send your good eating habits packing.

We're Ashamed of Our Size

And we know that size to the ounce. "I didn't really want to be in this body, but I was," Whitely writes. When she's dieting for Weight Watchers, Whitely recounts how she'd head to weigh-ins straight from the gym, without showering — just to make sure her weight wasn't hanging on to any extra droplets of water that might sway the scale.

The same is true of restricters. Sometimes, I take off my nail polish before I weigh myself so the number on the scale will be as accurate as possible.

"I knew all the right things to do," writes Whitely, "but I just didn't do them." Restricters and bingers are often pros at the diet tips espoused by mainstream literature. Whitely reflects on a time she excelled at Weight Watchers and, for a time, weight loss: "As if I didn't know how to add vegetables to my meals ... I'd read every diet book and magazine article: Eat More, Weigh Less, Lose Weight in Your Sleep."

And, sometimes, those rules seem like the easiest things in the world to follow. For weeks, I'll begin each day with lemon water. I'll pack only vegetables for lunch. But then there are those times when I the thought of a salad makes me cringe. Or, as Whitely says, sometimes "the veggies rot in [the] refrigerator."

We're Conflicted About Our Bodies and We Need to Make Peace

By the time Whitely has summited Kilimanjaro for a third time, she realizes just how powerful her body truly is. Even the porters who accompany Whitely's hiking group on their quest remark on her accomplishment. "'Nobody believes [your accomplishment] because you are very fat ... A woman or man who is very fat normally can't do Kilimanjaro ... it is hard work but you did it.'"

Whitely believes that worrying about her weight — and, in turn, overeating — are ways that she's avoiding dealing with her past. And whether your behavior is bingeing or restricting or somewhere in between, a great first step toward loving your body is acknowledging its capabilities. Focusing on what your body is instead of what it isn't: that's something that all of us can do.