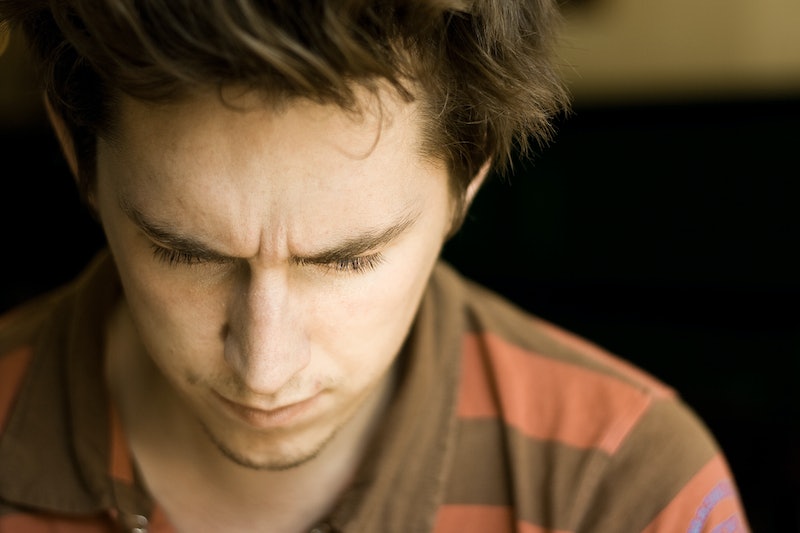 If you've ever been caught nodding off at your desk at school and forced to stand through the rest of the lesson, I have bad news. Your teacher actually may have been on to something, because according to a recent study from the Texas A&M Health Science Center, standing helps you concentrate. To add even more credibility, the study looked at almost 300 students between second and fourth grade

— meaning that standing helps nine-year-olds, who generally have attention spans that make Dori from Finding Nemo look like by nature, concentrate. Who knew that was even possible?Over the course of a school year, the study measured students' engagement in class, which consisted of on-task behaviors like participating in discussion or distracted behaviors like interrupting lecture, Science Daily reports. Students were provided with stand-biased desks, which are raised desks with stools to allow users to sit or stand as they prefer. Although there is a substantial amount of research showing that cognitive function improves during exercise and that physical activity decreases the risk of dementia in older adults, this is the first study to specifically look at how it affects students in a classroom setting. The results themselves were not a surprise, according to study author Mark Benden, Ph.D., CPE, but the extent of the impact was unexpected: students with standing desks showed a 12 percent greater on-task behaviors than those who used traditional desks. Basically, students went from this:

<img alt="" src="http://hellogiggles.hellogiggles.netdna-cdn.com/wp-content/uploads/2015/02/17/hermione-granger-hand-raise-gif-2.gif" class="article-body-image" title="Image: http://hellogiggles.hellogiggles.netdna-cdn.com/wp-content/uploads/2015/02/17/hermione-granger-hand-raise-gif-2.gif"/>Just from being able to stand up in class. The standing desks have an added benefit as well: previous research from Dr. Benden has shown that they burn up to 15 percent more calories than the traditional option, and that increases to 25 percent in obese children. Although childhood obesity is finally on the decline for the first time in decades, it's still a widespread enough problem to warrant a pretty extensive page on the Centers for Disease Control website. If standing desks were implemented in schools outside of the Texas A&M study, they could improve both children's health and cognitive abilities. Not too shabby for just choosing to stand instead of sitting, is it?

Similar research has shown that this should also apply to adults. Studies linking cognitive performance and standing desks are few and far between, but there is plenty of data showing that standing at work improves mood as well as burning more calories than sitting. So even if you're not in school, if you find yourself staring off into the distance or checking Facebook way more than usual at work, it might be time to start campaigning for standing desks. Plus, if you stand all day it practically counts as working out! Right? ...Okay, maybe not, but it's definitely an improvement over staying in one spot for 8 straight hours a day. Nine-year-olds aren't the only ones who get antsy after sitting that long.