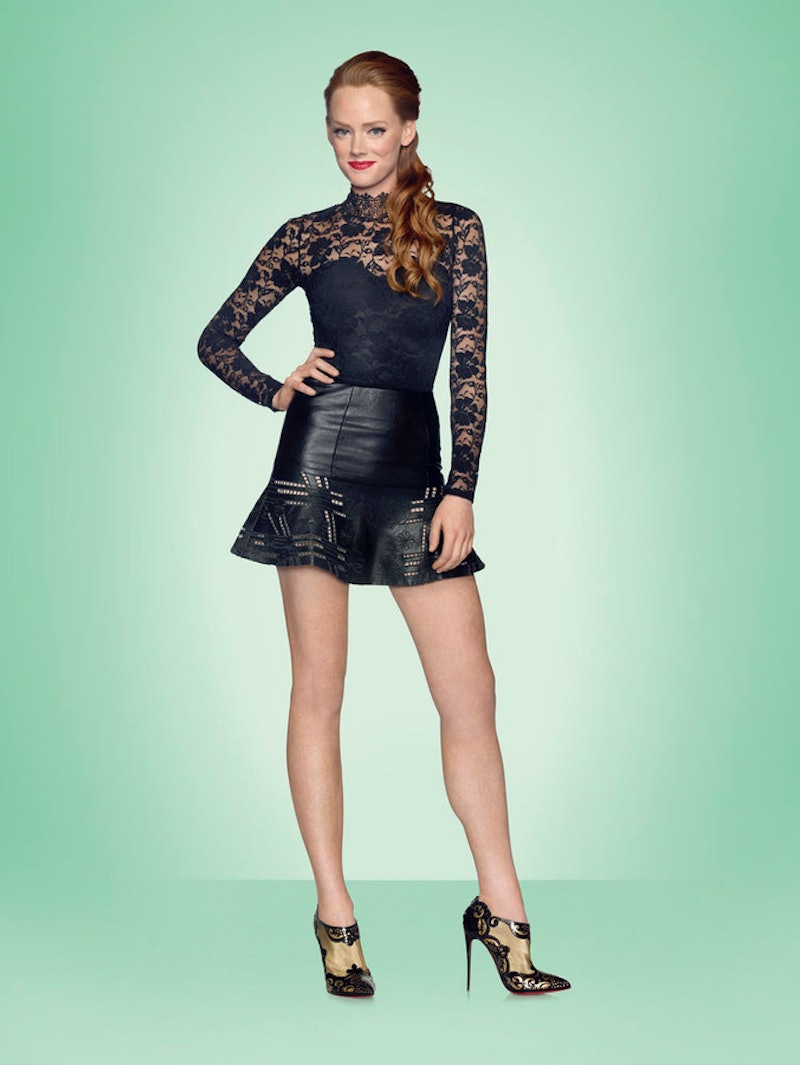 Kathryn carries a lot of names on Southern Charm — Thomas Ravenel's baby's mama, drama stirrer, party-girl-turned-party-mom — but she'd probably prefer to be known more simply by her full given name: Kathryn Calhoun Dennis. Because in the South, that's a pretty badass name (and a little distancing from another famous name, Ravenel, couldn't hurt). Kathryn is related two pretty well known political South Carolina fellows: Most closely, long-time State Senator Rembert C. Dennis was her grandfather, and most notably, Kathryn is a direct descendant of seventh Vice President of the United States, John C. Calhoun. And you know Kathryn is truly a southerner because her family lineage is mapped out right there in her three names.

It makes a ton of sense, then, that Kathryn was drawn to another politically inspired type, even if Thomas' Senate career won't quite have the timeframe that Grandpa Dennis' did. According to her Bravo bio, Kathryn herself has aspirations of a run for office one day, though that doesn't get much focus on the show because if we were listening to the cast talk politics all the time, then where would they find time for all the polo matches, martini making, and second christenings? With all the juggling she does with her current family, Kathryn's ancestry seems about as close as she's getting to adding a political prefix to the front of her famous name... for now.

You'll notice that middle names beginning with C are a popular choice. Kathryn's middle initial, of course, stands for Calhoun, as in John Calhoun, from whom her family is descended. That's him (and his haircut), hanging out in the background of the White House with Barack Obama. Calhoun was the seventh Vice President of the United States, serving under Andrew Jackson and John Quincy Adams. While serving as a South Carolina Senator, Calhoun famously gave a speech on the Senate floor that posited slavery as a "positive good" rather than the "necessart evil" defense that most slavery supporters gave at the time. They were all famously wrong about both.

Kathryn's grandfather, Rembert C. Dennis, has a slightly less controversial past, though he was known for using his impressive turkey mating call to open a session of Congress once. He served an impressive run in the South Carolina Senate as a member of the Democratic party from 1943 to 1988. WIth that kind of tenure, it's unsurprising that his campaigns often went uncontested and he left behind a prolific legislative legacy when he retired in 1988.

Kathryn's political career, on the other hand, has hit an early standstill. While studying political science and women’s studies at the University of South Carolina, Kathryn served as a Page for John Land in the South Carolina Senate and an intern in the Leiutenant Governor's Office. That's a pretty good start for a recent college graduate who's only 23, but as the man with whom Kathryn had a child can tell you, a reality show that shows you screaming at people is not the best place to build a political foundation. Kathryn will have a bit of reputation clean up to do before she can level up with her family tree — but hopefully her grandfather at least passed down the secret to that turkey mating call.