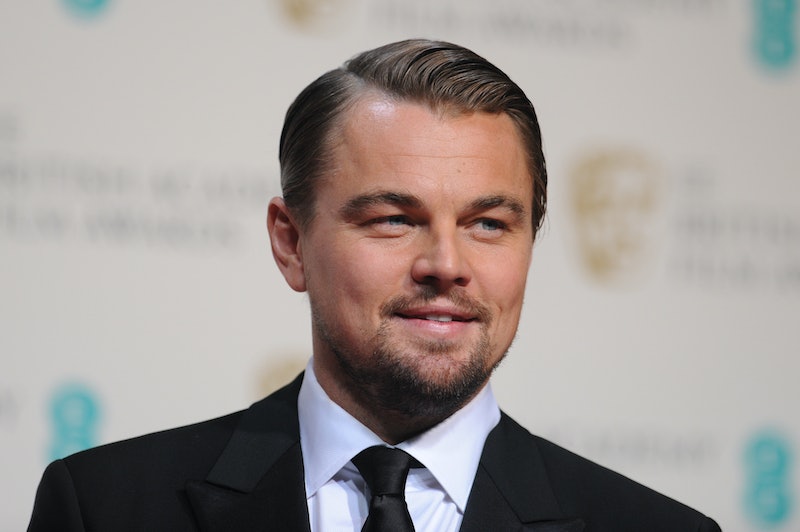 The day that someone publishes a book full of Leonardo DiCaprio love quotes is the day that his rumored new Tinder profile will disappear just as mysteriously as it arrived, because there will no longer be a need for it (as if there is now, but I digress). I’m convinced that some particularly crafty (and lucky) individual will read this hypothetical book and commit to memorizing every single love-related sentence the actor has uttered to date in order to win him over.

If that sounds like a completely unlikely scenario, then allow me introduce you to a few of the actor’s opinions on love and relationships. While rounding up Leo’s love quotes posed a bit of a challenge due to him being notoriously tight-lipped about his personal life, he has actually dropped quite a few gems over the years.

For those who have eyes for DiCaprio, I have to warn you, though: These quotes give me the feeling that he's a pretty tough cookie when it comes to matters of the heart. That said, someone should probably get to work on the book that I’ve tentatively titled Leo’s Thoughts on Love. Honestly, that title sounds more like a book of horoscopes, but after reading what DiCaprio has to say about love, I predict that his potential future partner will need all the help she can get.

I'm confused. What exactly was DiCaprio trying to say during his appearance on CBS Sunday Morning? Is he into marriage or not?

"I want to get married and have children."

But back in 2008, his tune was a bit different when speaking to Parade. I'll go with he's open about marriage...

"Six months of being on location or being off in Morocco or someplace like that is not the best thing for a relationship."

Sorry, non-nomadic ladies who can't be around for DiCaprio's every waking moment. This interview the actor did with Esquire basically implies that long-term relationships aren't really his thing.

DiCaprio said this about marriage when talking to CBS This Morning's Gayle King. Ah, well. His outlook on marriage may sound kind of bleak at times, but at least he's a man who knows what he wants.

In the same interview, on qualities he looks for in a partner, DiCaprio said he wants a woman with "humility, a sense of humor and not a lot of drama."

There you have it, ladies. Is keeping it drama-free to much to ask?

"I think acting is enough for now. More than anything, I want to travel. And I know I want to really fall in love eventually."

Aw, Leo! Whew, it was touch and go there for a moment guys but the fact that DiCaprio does saw long-term love in his future way back in 1997 proves that deep down there is really is hope for him finding everlasting love, after all.