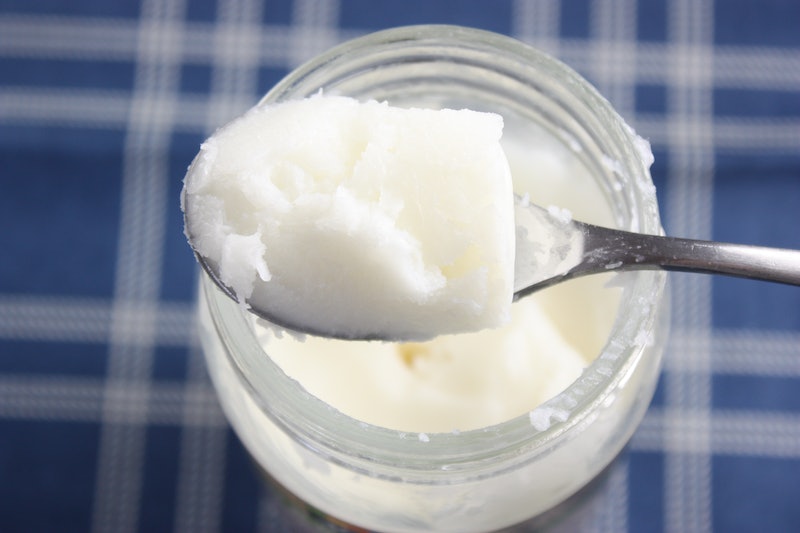 Most beloved beauty trends enter mainstream culture and lose steam within the blink of an eye, but coconut oil appears to possess more than a modicum of longevity. And, as with any trend if it sticks around long enough, coconut oil comes with its own set of questions. Should you purchase refined or unrefined coconut oil? What makes cold-pressed coconut oil different? And above all, what is fractionated coconut oil? Though the term may sound horrifyingly scientific, fractionated coconut oil is actually a more glamorous term for refined, or chemically reconfigured, coconut oil. A panacea for hair and skin concerns, coconut oil is the wholesome alternative to your top shelf moisturizer, hair serum, and acne spot treatment. Coconut oil's near-miraculous capabilities lie primarily within its composition of fatty acids, which give the substance its rich texture and incredibly hydrating property. However, the coconut oil options on the market are seemingly infinite — and only the best kinds will do your hair and skin right.

In terms of health ramifications, the verdict is mixed. If you're hoping to see skin-healing results from eating coconut oil by the scoopful, purchasing fractionated oil may not be the worst idea. You can keep fractionated coconut oil in your pantry for months on end without fearing for the safety of your stomach, and the oil's liquid form is much handier for a quick vegetable stir fry than stiff, solidified virgin coconut oil. On the other hand, refined coconut oil is reported to lose some of its extraordinary skin-perfecting strength when its lauric acid is removed, especially for those looking to remedy blemishes or irritation. If you're hoping for an olive oil alternative for your next cooking endeavor or simply want an inexpensive oil to slather on your skin post-shower, fractionated oil will do the trick, but those searching for greater skin benefits may find virgin coconut oil a better solution to their epidermal woes.