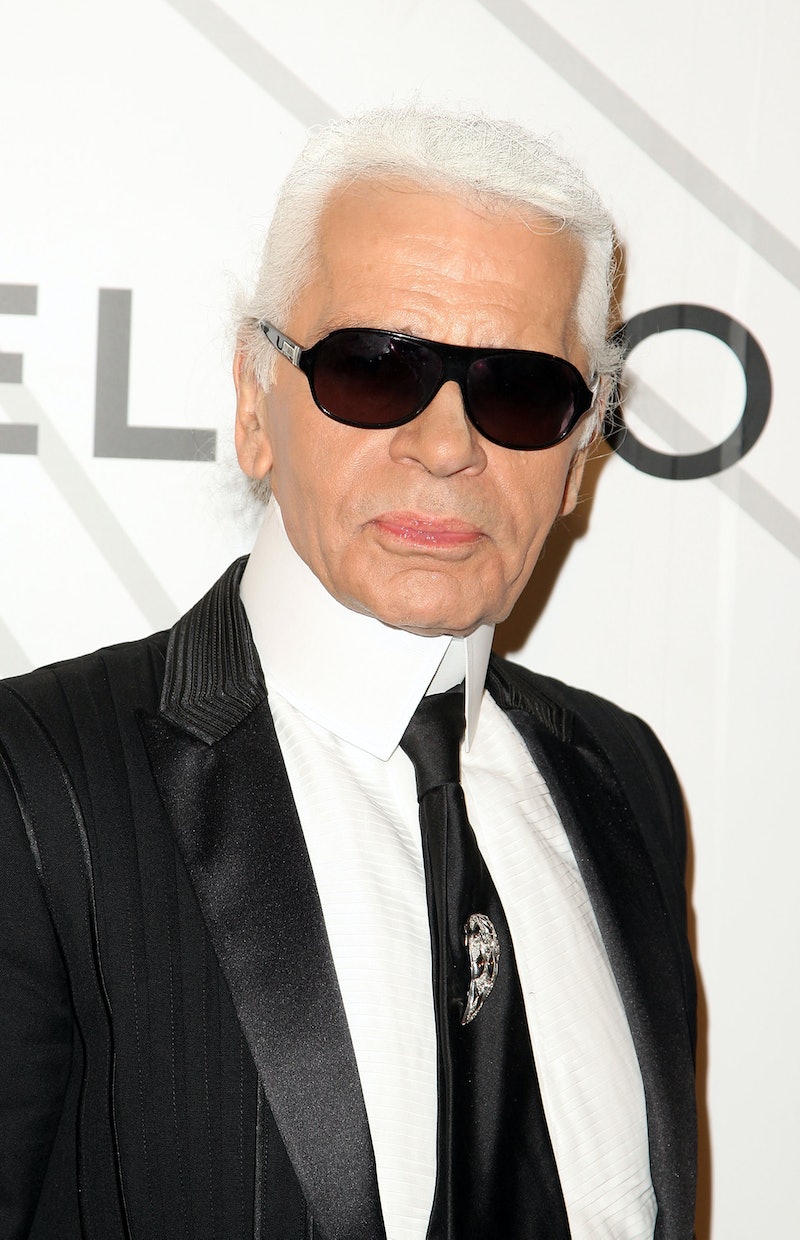 Oops, he did it again. Except this time, Karl Lagerfeld's mean commentary has gotten him in somewhat more serious trouble. According to Vogue UK, a women's group in France has filed a defamation claim against Lagerfeld for his vocal disdain against curvy women. The group named Belle, Ronde, Sexy et Je M'assume ("Beautiful, Rounded, Sexy and Okay With It") is suing Lagerfeld specifically for the comments he made on an episode of Le Grande 8.

On the show, Lagerfeld said, "The hole in social security, it's also [due to] all the diseases caught by people who are too fat." He continued, saying, "No one wants to see curvy women on the runway."

Of course, this isn't the first time the designer has expressed his thoughts on "bigger" women. In 2012, he shared his love for Adele, but that he thought she was "a little too fat." He followed this statement later in the year by stating that "models are not that skinny."

Betty Aubriere, the women's group's president, said that they are "fed up" with Lagerfeld's mean and unnecessary remarks. "Many young girls are insecure and hearing such comments is terrible for them," she said.

Although Karl is entitled to his own opinion, he needs to take his fat talk down a notch. We're also not sure how successful the women's group will be in suing him, but we hope that their legal action will encourage him to think twice before opening up his mouth.

More like this
9 Celebrity Couples With Matching Tattoos
By Jordan Murray
The $6 Drugstore Beauty Product Taraji P. Henson Uses Every Single Day
By Danielle Sinay
Sarah Jessica Parker Will Change Your Outlook On Aging
By Rachel Lapidos
12 Of Halsey's Makeup Looks That Are True Works Of Art
By Paris Giles
Get Even More From Bustle — Sign Up For The Newsletter