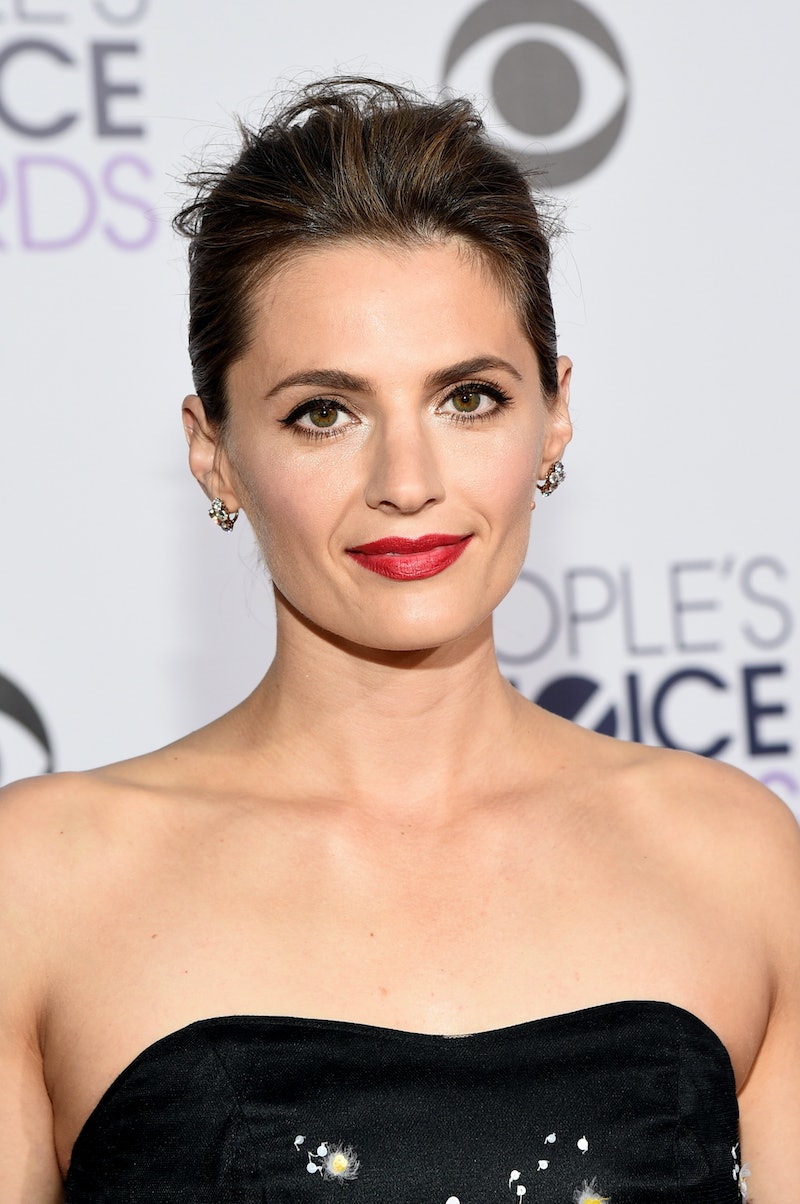 Congrats are in order for Castle's Kate Beckett! Stana Katic married Kris Brkljac, the actress' rep confirmed to People. It turned out to be an extra special day for Katic, because not only did she say "I do" to her longtime love, but it was also around her 37th birthday, which was on Sunday. According to her rep, they married "in a private family monastery on the Dalmatian coast." As fans can see below, a photo of the duo's ring was also shared.

For those unaware, Dalmatia is located in Croatia, which borders the Adriatic Sea. Even though Katic grew up in Canada, she is of Croatian and Serbian descent. As famous as the actress is, she's kept her relationship somewhat to herself. Katic and Brkljac are seemingly a very private couple. According to the Daily Mail, the two have never been officially photographed together in public.

Even though the newlyweds seem to keep their lives to themselves, People reports that Brkljac is a business consultant. Per CrunchBase, he is the vice president of sales at Dispute Suite, though whether this position remains current is unknown. CrunchBase also reports that Brkljac once lived on the streets, was homeless at 21, and literally went from "rags to riches." Reportedly, he is originally from Australia and has a Communication Media Law background. If this all is true, Brkljac sure sounds like a success and an intelligent man.

Since Brkljac remains somewhat of a mystery, maybe we need to get Nathan Fillion's Rick Castle to do some detective work. Until then, congrats to Katic on her exciting news!