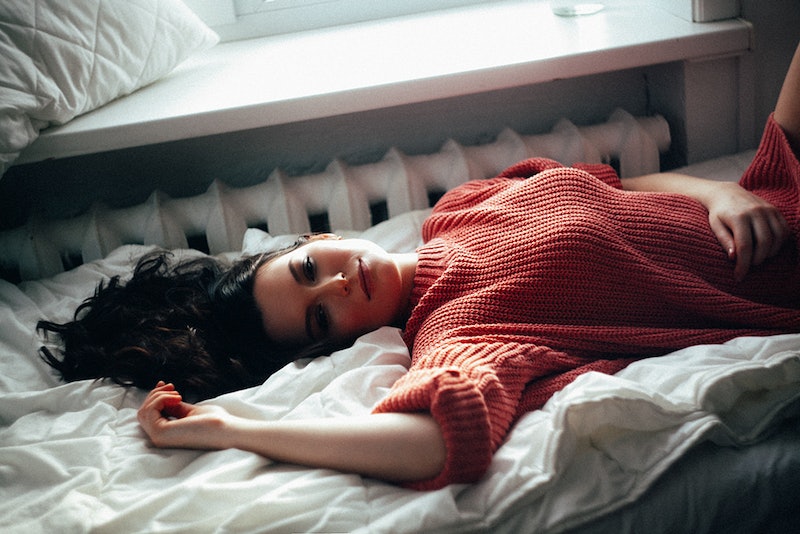 Do you know what our caveman ancestors did every morning right after waking up? They got it on. That's right: because it was actually a possibility back then that the male would be killed while he was out hunting, our primitive ancestors got the baby-making out of the way first thing in the morning. You could say that morning sex is in our primal nature. Not only will the benefits of morning sex place a constant smirk on your face for the rest of the day, but it's the most natural way for humans to kickstart the day.

While most of us have come to rely on a hot cup of coffee before we can pass as a fully functioning human being in the morning, having sex is a healthier but equally addicting bright-and-early habit — and you get to stay in bed for it. Science has found that morning sex is good for your mood and your immune system, and it also makes you stronger and more beautiful.

Plus, morning sex gives you the type of adrenaline high that not even a double-shot of espresso can replicate. Here are a few reasons to skip the cup of joe and instead start the day with a bang. With morning sex, you will never again wake up on the wrong side of the bed.

1. It's got way more health benefits than coffee

According to Women's Health magazine, morning sex boosts your immune system by increasing an antibody that helps fight off infections. And early-morning orgasms release chemicals that raise the levels of estrogen, which makes your skin look healthier and your hair look shinier.

2. Even a morning quickie gets you going.

It doesn't have to be a lazy Saturday morning for you to have great sex. Even during rushed, hectic workdays, morning sex can be a heart-pounding experience. The spontaneous passion of it all will get you more alert than any shot of caffeine.

3. It gives you a better reason to wake up early.

Even just the sound of the alarm in the morning puts people in a bad mood. Not the most pleasant way to start the day. Let's face it: getting up to go to work sucks but getting up to get off? That's the ultimate motivation.

4. It boosts your brain power.

Sex makes you smarter, says science. It encourages the growth of brain cells in part of brain responsible for memory and learning. And who doesn't want to be brainer in the AM? It's especially true for people having sex in new relationships, who's alertness is boosted by sex.

5. It's good for the environment.

Just because you've just woken up doesn't mean that morning sex has to take place on the bed. Consider jumping in the shower together for some steamy shower sex. Not only will morning shower sex offer all the emotional and physical benefits, but it help will conserve water, too. Seriously, California should make morning shower sex mandatory as a way to fight the drought.

More like this
35 Sexy Texts To Send Your Partner
By Griffin Wynne and Carolyn Steber
How Getting An Abortion Has Changed From The ’60s Through Today
By Amanda Chatel
GIRLI & Q Fell In Love At A Skatepark & Never Looked Back
By Jessica Morgan
Are Gemini & Leo Compatible In A Relationship?
By Kristine Fellizar
Get Even More From Bustle — Sign Up For The Newsletter