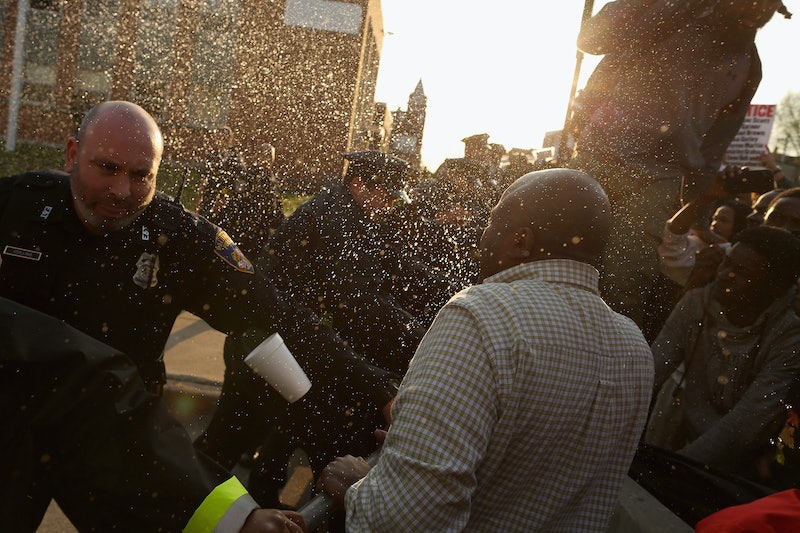 The violent protests in response to Freddie Gray's death on April 19 in Baltimore have drawn large amounts of media attention for their destruction. The intentions of the protesters have taken a back seat to the public focus on violence in the streets, and the visible violence has left many people asking questions: What do the protesters in Baltimore want, exactly?

The protests began several days ago as peaceful gatherings and marches, but the emotional groundswell turned some of the public gatherings into an outlet for outrage. Protesters are not advocating for specific reforms, but they say they want systematic change in the criminal justice system and accountability for both citizens and police officers. After the highly publicized deaths of several unarmed black men at the hands of police — Michael Brown, Eric Garner, and 12-year-old Tamir Rice come to mind — some black citizens are frustrated with a system that they feel does not address their grievances unless they resort to violence.

Many of the protesters on Monday were teenagers, prompting conversation about what forces are shaping the lives of black youth. Several police officers have been injured — about 15, mostly injured from flying debris — and protesters are mainly operating on the slogan, "No justice, no peace." The reverend who gave Gray's eulogy at his funeral ended his impassioned speech by shouting, "No justice! No justice!" to which the crowd responded, "No peace!"

Protests have been going on for days. They first became destructive on Saturday. On Saturday, protesters gathered peacefully at City Hall, making speeches and chanting.

But as the gathering dissipated, some walked towards Camden Yards, where the Orioles were scheduled to play, and became violent. Some people damaged cars and buildings, throwing rocks and bottles at the police.

On Monday, police arrived on the streets dressed in riot gear, and protesters became more destructive, even setting cars and buildings on fire. But the goals of the protesters are mostly peaceful — they just want police to be transparent and held accountable when an injustice occurs.

Those protesters who have expressed their intentions are not those who have been smashing cars and throwing rocks at police; rather, information about protesters' motivations comes mainly from those who are rallying, marching, and chanting peacefully. Many nonviolent protesters condemn the violence, saying it is counter to what Gray's family wants and does not advance the fight for progress.