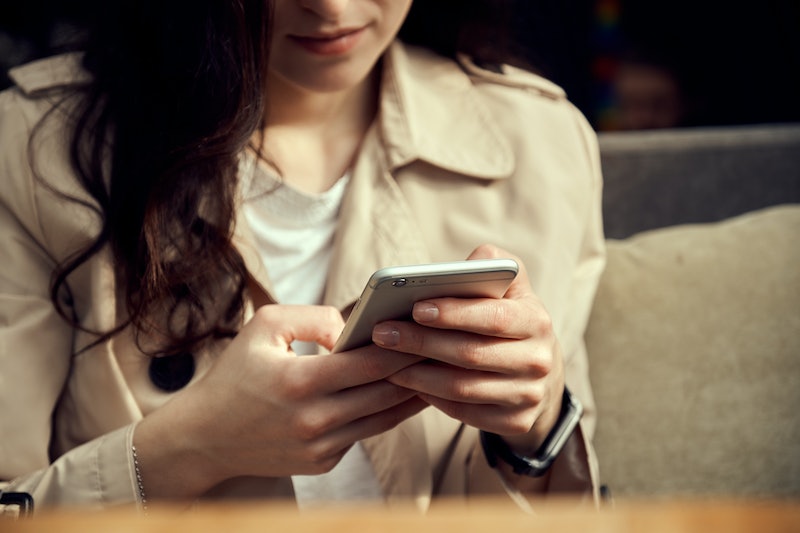 photoguns/Fotolia
By Kristine Fellizar
May 13, 2015

There are tons of dating sites out there, all of them promising to change the way in which people find love, sex, or whatever they’re into. If you’re one of those people looking for open relationships, polyamory, or swinging then there’s a new online dating site that’s just for you. OpenMinded brings the “ease and flexibility” of online dating to world of open and alternative relationships.

Founded in April 2015 by MIT entrepreneur, Brandon Wade, OpenMinded was created for people with sex-positive attitudes, who aren’t stuck in old-fashioned ways of thinking about love and relationships.

“Society has come to a point where marriage has taken a downturn because it no longer satisfies the needs of the modern woman or man,” Wade told Daily Mail . “While monogamy is certainly not dead, a shift in societal ideals has taken place, as more and more couples are choosing to buck traditions in favor of unconventional relationship configurations.”

OpenMinded works like any other dating site. You join, create an appealing profile, and match up with other like-minded people who share your openness for alternative forms of relationships. The site prides itself on being a safe haven for people to get together without the stigma received from people who don’t understand the lifestyle.

But just because OpenMinded is a dating site that offers people different forms of connections, it’s not a place for “hookups” but a platform for the underserved community of non-monogamous people.

“There are sites and groups that encourage cheating and infidelity, and this is not one of them. OpenMinded.com is like anti-cheating, creating an online arena fueled by honesty and acceptance, which is the foundation of open relationships,” said Wade.

OpenMinded isn’t Wade’s first foray into the world of tech dating. In fact, he’s sort of a tech dating wizard, with multiple, shall we say, alternative forms of online dating sites, under his belt. He founded Seeking Arrangements in 2006, which matched “Sugar Babies” with wealthy “Sugar Daddies or Mommas.” Additionally, he founded Miss Travel, a travel dating site that matches attractive frequent travelers together, as well as WhatsYourPrice.com, which launched in April 2010, which offers “generous members” a chance to offer money to “beautiful members” for a date.

In an essay written for CNN, Wade, who has been married since 2012 to his wife, Tanya, revealed that his first kiss didn’t happen until he was 21 years old. He created his first dating site to meet women he knew would be interested in a relationship with someone like him, and offer the “financial incentive” to give people like him a fighting chance.

“Love is a concept invented by poor people,” said Wade. “Love at first sight that sends shivers down your spine is a fairy tale, and it doesn’t last forever. Such infatuation must be transformed into a selfless form of love, empty of possessive expectations, for any relationship to endure.”

Say what you will about Wade and his interest in the underserved dating communities, but the guy sees a problem and isn’t afraid to find a solution. In his latest endeavor, it’s the problems with monogamy.

“Monogamy is realistic for those who want it and are able to maintain it,” Wade said in an interview with Daily Mail Online. “But for those who cannot or do not want to, we want them to know they are not alone, and should be completely open about their decisions.”

Users can sign up for OpenMinded as an individual or as part of a couple, and is open to members of all sexual preferences.