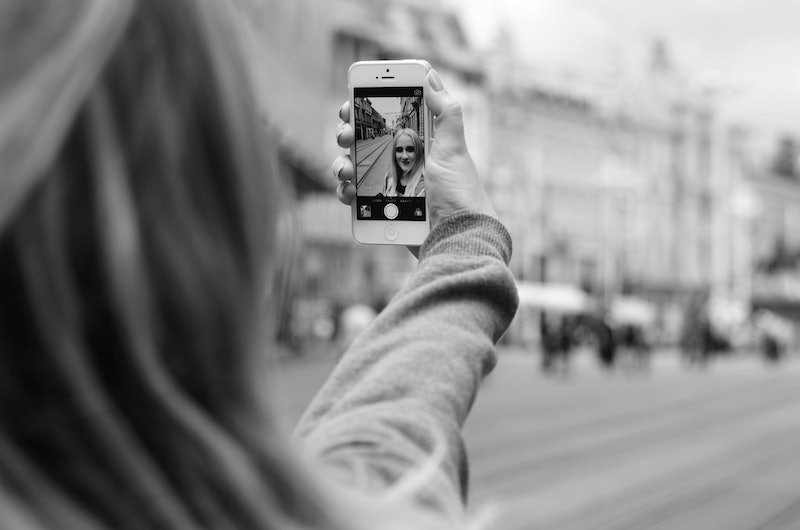 Insecurity, jealousy, and cheating have been an unfortunate part of human relationships since the dawn of time — from Napoleon to President Clinton. So it's not reassuring when a "secretive and suspicious" mobile app is brought into the mix. When Snapchat first became a sensation, it was seen as a way to share intimate moments with our partners regarding of the distance, bringing us closer one sext at a time. But it has recently come to light that hot photo-sharing app is not just helping bring couples together, but in some cases, Snapchat may be bad for relationships.

Facebook, Twitter, Instagram, and practically every other social network out there are interesting because they allow for users' activity to be mostly public. Snapchat operates differently, however, built on a premise that social sharing can be more discreet, even private, and whatever we share doesn't have to last forever. Snapchat is practically the mobile version of flirting. After all, a wink lasts only a few seconds too.

Below are a few reasons why it may seem like Snapchat encourages someone to cheat, and why the app can drive the rest of us crazy paranoid with jealousy and insecurity. Don’t let it get to you, however. Just make sure you and your partner communicate frequently, and not just via a mobile app.

1. It encourages sending flirty photos that can't be traced

The fact that Snapchat photos disappear after a few seconds makes it more tempting for people to want to stray and commit an indiscretion. After all, the chances that being caught for sending or receiving a flirtatious photo are significantly lower than, let's say, sending it via text or iMessage, where messages and photos are kept stored for anyone to find on a smartphone.

2. It's already seen as "secretive and suspicious"

Users are well-aware that getting away with cheating is rather easy on Snapchat, so it makes partners jealous, insecure, and paranoid. A recent study found that Snapchat made young people more jealous than even Facebook. Researchers concluded that these young users assumed that the activity going on was inherently "secretive and suspicious."

3. It puts pressure on couples to be each other's top friends

With all the jealousy and paranoia over cheating on Snapchat, users have to make an effort to reassure their partners to have trust in the relationship. This often means making them a priority on Snapchat. Earlier this year, the app removed the "Best Friends" feature that let's you see which users are most connected. In its place are now a bunch of emojis that signify two Snapchat users' connections. You best bet your significant other better have an emoji next to their Snapchat username if you don't want them to get too insecure.