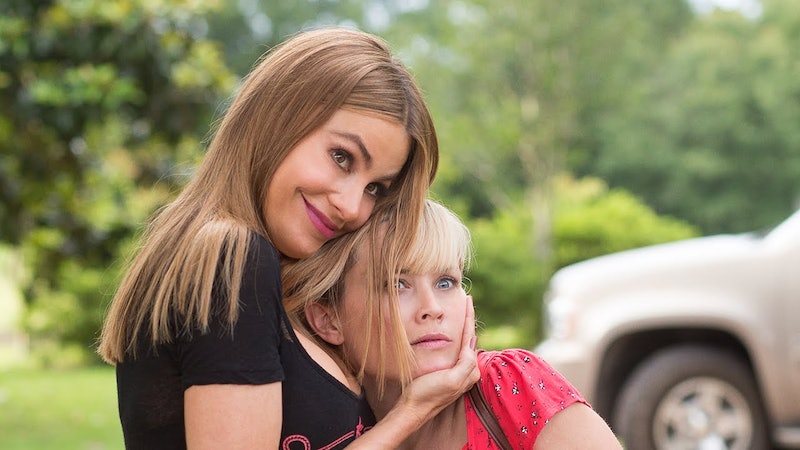 She's known for her comedic timing, her drop dead gorgeous good looks, and her heavy Colombian accent. Sofia Vergara, who stars opposite Reese Witherspoon in 2015's Hot Pursuit, once admitted, "even I can't understand myself!" The female buddy comedy, which showcases Vergara's thick accent in full force, surrounds "an uptight and by-the-book cop tries to protect the outgoing widow of a drug boss as they race through Texas pursued by crooked cops and murderous gunmen." While both actresses are known for their serious acting chops — Witherspoon was nominated for an Oscar for last year's Wild, and Vergara has several Emmy nods under her belt — the women take a walk on the sillier side with their latest endeavor.

And if you thought Vergara's voice was sometimes hard to discern, just wait until you see these laugh out loud bloopers from the film. Take, for instance, when Vergara is handcuffed to a bed post and threatening Witherspoon with her own gun. What on earth is she saying? Or when she's trying to explain to a couple of male cops about her menstrual cycle and can't pronounce the word "uterus". Or, when she says oh-so-seriously to Reese Witherspoon's character: "Focus! We need to find something of clothes!"

Watch the hilarious exclusive clip below. Can you figure out what she's trying to say?

See Hot Pursuit in theaters May 8.