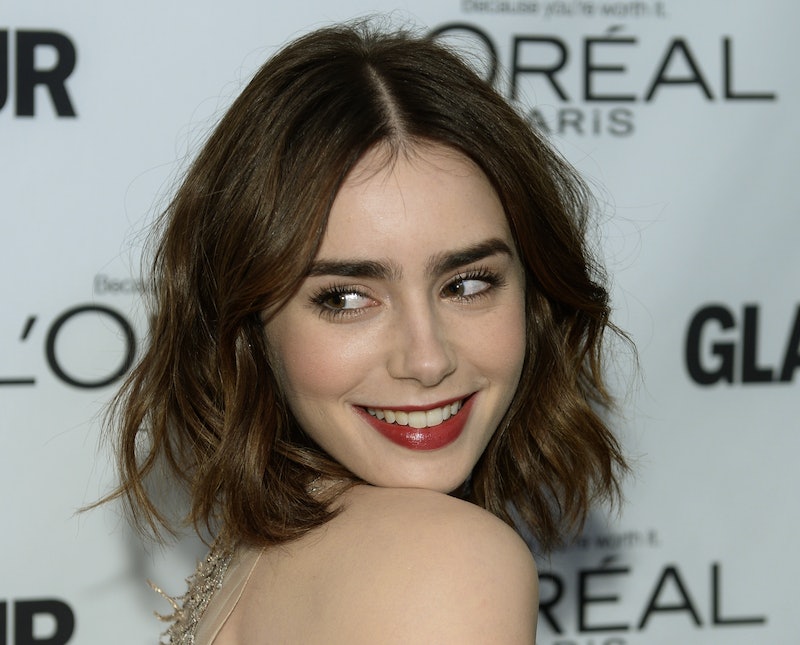 Let’s face it, nowadays having thick eyebrows is pretty awesome. Celebrities like Cara Delevigne and Lily Collins are owning the eyebrow game and have contributed to making #browgoals a trending hashtag. But honestly, there were times growing up when I hated my thick eyebrows and I envied people with super arched, thin, baby caterpillars. I didn’t even know what to do or how to go about styling my own (there weren’t as many amazing brow products back then as there are today). Looking back, though, I’ve learned to work with what I have and I’ve come to love my brows.

Yes, they can have a mind of their own sometimes and look a bit wild in between tweezing or waxing, but thick brows still possess definite pluses. I’ve never had to try growing in my eyebrows for several months or struggle with shaping them with a pencil everyday — they’ve always just been there.

If you ask me, thick brows are still a relatively new beauty trend that people are slowly beginning to accept. But that doesn't mean that certain humans aren't without their reservations (and penchant for trolling). Maybe people aren't intentionally trying to throw shade at my brows and are more curious than malicious, but after a while the brow-bashing gets tiring — hearing the same comments over and over again is pretty dull! No matter how many times your brows may be brought up as a topic of conversation, hold your head high and work 'em because those things are on fleek.

1. "Are they naturally that thick, or did you fill them in?"

Of course they are naturally this thick. Yes... without any product, I promise. The struggle of people never believing you is real (sometimes they might even go as far as touching them to see if they’re the real deal). Maybe you’ll fill in a sparse area here and there with a pencil on a special occasion, but most of the time you can be found sporting the natural look and wish it wasn’t such a big deal.

Maybe there’s a little hint of jealousy to their tone, or maybe it’s a genuine statement of concern and meant to serve as advice. Whatever the reason for this comment, it kind of crosses the line since you don’t have to change your features to please anyone. Your brows, your rules — and if you want to forgo waxing them into oblivion, major props. A little touch up is one thing, but waxing tons of them off is nuts, especially since they take forever to grow back.

Whether you did or didn’t have a unibrow growing up, it’s a question that is simply irrelevant. The important thing is that you’ve mastered the brow game and know how to style them up to look a way that makes you happy. What control did you really have over your brows when you were five and were too young to even think about getting them cleaned up? None, and that’s exactly as it should've been, considering there's absolutely no reason a five-year-old (or anyone, for that matter) should be obsessing over aesthetics.

4. "Do you have thick brows now because you want to look like Cara Delevigne?"

Umm, no. Thick eyebrows aren’t a phase for me — they're a way of life. Even if society decides one day that thick brows are no longer the beauty norm, I will still rock these bad boys until the end of time. It’s like Lady Gaga would say, “I was born this way.” Never have truer words been spoken.

5. "Maybe you should try to shape them into more of an arch."

Let’s not do that and say we did. Many women with thick brows have a natural shape that is more on the straight side than what is typically viewed as “normal” arches. The last thing you want to do is screw up your natural shape for brows that look like the McDonald’s arches — thanks, but no thanks.

This comment is totally out of left field and usually not true. Thick brows can look just as clean and sharp as any other type of brow. Hello, brow gel! Even if the super clean cut look isn’t your thing, there’s nothing wrong with playing around with a shape that isn’t groomed to "perfection."

7. "At least you have eyebrows, unlike the rest of us."

An awkward exchange of words, to say the least. Is it a compliment or a cry for help? Who knows? But the only thing to do at this point is to let them know and let yourself realize that it’s time to embrace our natural beauty — no matter what type of brow shape you were given. After all, if you’ve got them, there’s no better time like the present to own and flaunt those gorgeous brows.