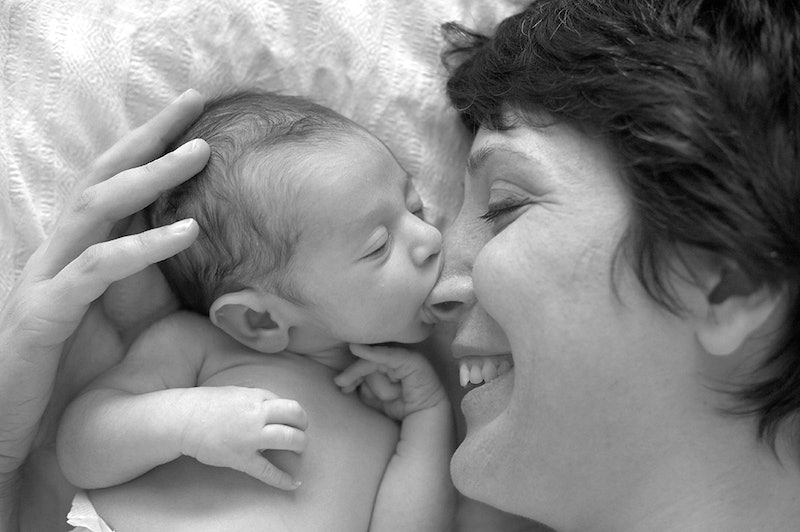 If you're tuning out all of the noise around 'having it all' and have Beyonce's "Single Ladies" on repeat, then you're going to love the latest finding on childbearing. A recent study by the Urban Institute found that Millennials have the lowest birthrate of any generation — ever. Specifically, we're talking about Millennials who are currently in their 20s: The study found that in 2012, there were only 948 births per 1,000 women in their 20s, which is the lowest number ever recorded. When I first saw this, I thought it seemed a bit high — didn't this mean everyone but 52 people was procreating? But then I realized that of course this wasn't true; to start, some people have more than one child. Moreover, it turns out that this figure actually represents a population decline of about five percent — that is, there aren't enough children being born to replace the current generation. To put it in perspective, the birthrate for women in their 20s in 2007 — just eight years ago — was 1,118 births per 1,000 women.

This is a huge decline in a five-year time period, which the researchers chalk up to a few different reasons. One obvious occurrence you can point to is the Great Recession: The biggest economic downturn since the Great Depression in 1929, the Recession started just after 2007 — which, the researcher believe, may have caused people to delay having children. Not having the financial means to support a family is a pretty good reason not to start one; after all, kids are hella expensive! I mean, the average cost of raising a child until they are 18 in the US is $245,000, which is a pretty hefty price tag. Furthermore, previous studies have also found a link between the recession and a decrease in the birthrate, with one estimating it caused a 2.4 percent decline in the rate of procreating. The trend seems obvious: When times get tough, we stop having kids.

However, I can't help but notice that the birth rate reported by the Urban Institute decreased by more than 2.4 percent between 2007 and 2012. Math isn't my strong suit, but the birthrate declining from 1,118 to 947 seems like a very large jump and I wonder what other factors could possibly be at work here. The culture of singletons? Young women choosing to live alone? Birth control? Maybe we're just smarter about sex!

The difference in birth rates also turned out to be drastic when race was taken into account. White women's lower birth rates were explained mostly by less of them being married, while for black and Hispanic women, the researchers attributed the change change to fewer unmarried women having children.

I'll be honest — I kind of feel like there's some unexplained racism at work here. There is a long history of shaming that happens to single mothers of color, even if they don't intend to raise their children alone. Also, since when does marriage dictate if you're going to have children or not, anyways? This isn't the 1950s; 44 percent of births happen outside of marriage, which seems to bely the idea that people base their decision on having children on their marital status.

The report's authors say that they don't know weather this declining birthrate for 20-somethings will continue to fall post-recession, so stay tuned if you want to know whether this childless trend is here to stay.

More like this
On TikTok, #SeñoraEra Shows Latinx Users Becoming Their Mothers
By Natalia Perez-Gonzalez
'Heartstopper’s Joe Locke Called Out The Isle Of Man’s Queer Blood Ban
By Sam Ramsden
Scotland's First Period Dignity Officer Has Sparked Backlash
By Darshita Goyal
Why Experts Say Sleeping With A Fan On Isn’t Totally Risk-Free
By Sophie McEvoy
Get Even More From Bustle — Sign Up For The Newsletter