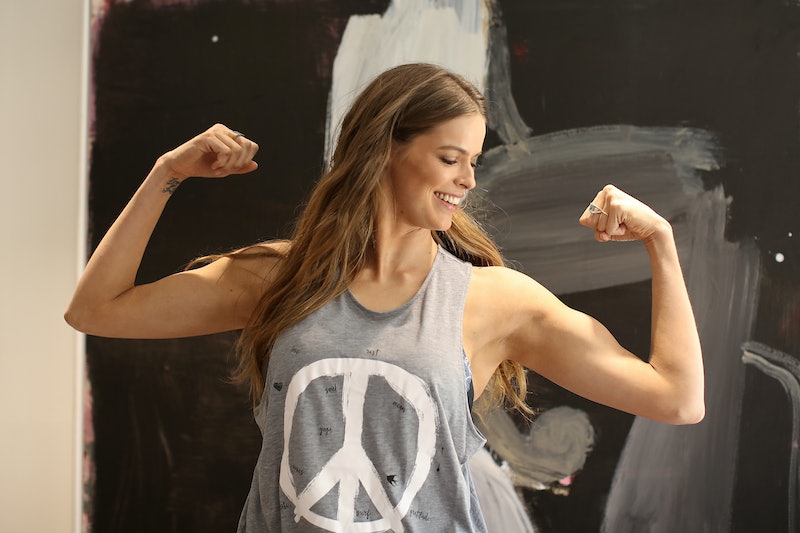 Breakups can suck. And heartbreak? Yeah, that’s not a metaphor. Studies show that when you get dumped, your brain induces activity in the region that registers physical pain, making your brain signal to your body that breakups physically hurt. All those feel-good love hormones like dopamine and oxytocin you get when you’re happy and in love? Yeah, those go crashing down the moment your partner walks out of your life for good. Then again, you don’t need science to tell you all that. But, did you know there are health benefits of breaking up?

You know the physical, gut wrenching pain of losing someone you thought forever would happen with. Spending those moments to yourself, post-breakup, thinking your world is completely over is totally OK. But there comes a time in your life when you need to put down the pint of ice cream (for a few minutes, at least), throw away the soggy Kleenex, turn off the Sam Smith song, and get on with life. Because, as the saying goes, what doesn’t kill you makes you stronger.

Here are nine proven reasons why breakups are actually good for you:

1. It can make you eat better and exercise.

In a survey conducted by YourTango, they found that 35 percent of people said they were motivated to hit the gym and start a new diet post-breakup. Only seven percent of participants said they actually gained weight.

Studies also show that changing your diet to include healthy fats, like omega 3 fatty acids, found in things like salmon, walnuts and avocado can actually boost your mood.

2. You can take pride in yourself for kicking a bad addiction.

It’s no lie. Love is a drug. There is scientific evidence out there proving that falling in love is equivalent to smoking cocaine. In the same way people crave cocaine after a withdrawal, people feel the pangs of restlessness after a breakup or “romantic rejection.” So when you find yourself over your breakup slump, you can feel proud of yourself for overcoming that struggle.

3. You have an improved sense of self.

In a study done published in The New York Times, researchers from the University of Arizona took two groups of brokenhearted individuals. Both groups were told to fill out questionnaires multiple times over a period of weeks. One group was given the additional task of talking out their feelings to a recording device. The researchers found that people who recorded their feelings experienced a greater sense of “self-concept clarity” than those who didn’t share their feelings. That improved sense of self led to reductions in loneliness.

4. Your brain is just naturally designed to get over it and move on.

According to studies done from Saint Louis University, our brains are hardwired to get through traumatic moments like breakups and help us move forward in life. If your brain can do it, your heart will soon follow. After all, nature just designed it that way.

5. It can make you reconnect with friends.

When you get into a romantic relationship with someone, you’re so caught up in your own little lovey-dovey world that more often than not, your non-romantic relationships suffer. It happens. When you breakup with someone, the stress hormone, cortisol, may be at an all-time high. However, studies show that being around a best friend during stressful times can actually decrease your stress levels. After all, that’s what friends are for.

6. It can make you try new things.

In the YourTango survey, 84 percent of people said a breakup is a great time to re-evaluate and do some self-improvements. Self-improvement shouldn’t have to be limited to diet and exercise. Always wanted to be a writer, but never really had the time or the guts? Take a writing workshop. Feeling a little adventurous? Go skydiving. The possibilities are endless. What better time to do it than post-breakup?

7. It can make you realize that, yes, there are other people in the world.

One of the most common advice that people receive after experiencing a breakup is to get out there and meet new people. While it may seem like a completely horrible idea at first, it’s actually very valid. Whether it’s through set-ups by friends or set-ups by some online matchmaking service, you’ll meet new people, possibly make new friends, and soon enough, your ex will be a thing of the past.

8. It can make you happier.

In a study published in the Journal of Personal Relationships , Ty Tashiro and Patricia Frazier found that people experienced positive life changes after a bad breakup.

Tashiro told Elite Daily , “The first finding of interest was that every single participant listed some positive life changes as a result of their breakup and there were on average five positive changes reported following these breakups. Some examples of the positive changes included feeling more confident, independent, or closer to their friends or family following the breakup.”

9. Most importantly, it can make you stronger.

A number of studies have found that experiencing hardship is actually good for you. People who have gone through hard times are better equipped at handling future hardships. Additionally, people who overcome hardship have the ability to enjoy the little things in life.

Breakups are tough. Everyone gets that. But like any struggle in life, all that matters is what you choose to do with that struggle.

After all, why be this:

When you can be this:

You know what I mean.