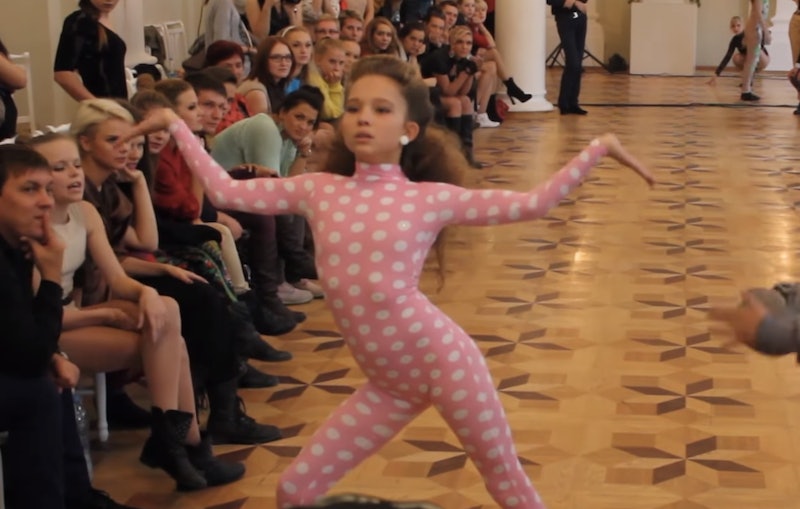 Body image is often brought up in a negative sense. Media and marketing campaigns are notorious for swaying us in bad directions, shaming us about our own totally normal and awesome bodies. Even social media influences body image, so it's not like you can escape it. I know folks have made a lot of speculation about how early body image creeps into young girls' consciousness, but this video gives me hope. If all you saw of Gen Z were these young girls voguing, it would suggest that negative body image isn't even an issue.

It's weird, I think, how back-and-forth young girls' brains are. When I was five, I felt so disappointed in the thick black hairs tracing my legs that I stole my mother's Bic razor and went to town. I had such a lack of foresight and necessary skills I ended up with a thick curl of skin removed along with said hairs. But then again, I also had the embarrassing confidence to, at least once, choreograph an elaborate SOLO dance routine to a Shania Twain song and performed it unsolicited for many friends' poor, captive parents. It's a dichotomy, maybe. Anyway, the quite young little ladies at this—um, it appears to be a fashion show?—seem to fall on the Shania side of self-confidence. I mean...

This is pretty incredible. Also, who taught that small child to walk with such grace in such stacked heels? Watch:

If I had to guess (which I don't, but here goes anyway), the following characters and real people are responsible for this magical display of swag:

You KNOW they'd work a room exactly that way.

Shania Twain a la "That Doesn't Impress Me Much"

At least, as far as outfits go.

RuPaul in all aspects of life (duh)