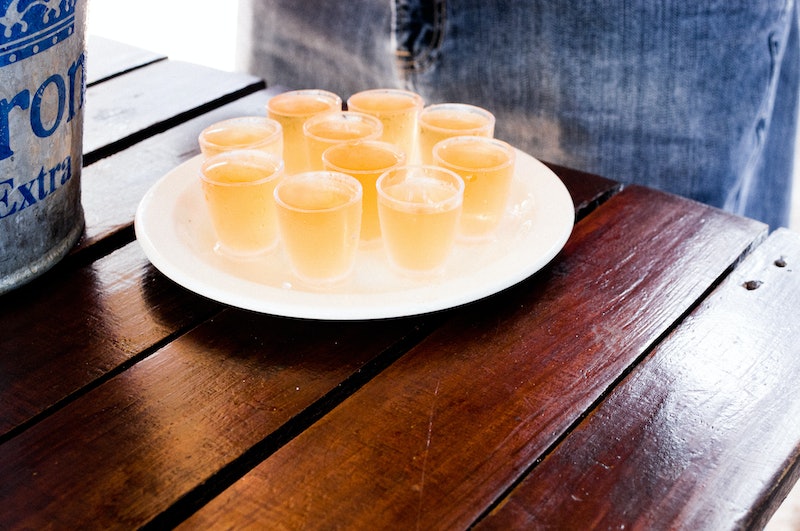 Nectar of the gods, fruit of the earth, wind beneath my wings — tequila, you beautiful creation. We all know and love the infamous liquid, built on ridiculous behavior and insane half-memories. Its uncanny ability to draw out the freak in 90 percent of the population is somewhat miraculous, and if we're talking shots, there are few drinks I'd rather partake of (though vodka comes in at a close second). So on Cinco de Mayo, show your appreciation for your liquor of choice by brushing up on a few facts about tequila. You will seriously be the most impressive person gathered round the guac dish.

'Tis the season that you and your debauchery will be hitting the streets as a one-lady team in search of all the excitement that your liver and the balmy weather can provide, but have you ever really wondered about the origin story of that which you imbibe? When you're a few down and are just beginning to question exactly how much sunset was truly involved in your last cocktail, you may struggle for conversation. The solution to the deadening of your thankful brain cells? Random facts on the drank that you've been sippin' for the last hour or seven, of course. Tequila knowledge is far more valuable than you ever knew, and if you're into nutrition you're going to love what I've got for you below. Take a look at these 10 facts on tequila.

But it must be made from blue agave, whereas mescal itself can be crafted from a much larger variety of agave.

We've got you. Mescal can be made with any type of agave, though it must be made in certain regions in order to be termed as such. The good stuff goes through a sort of dungeon-esque baking process that gives it its smokey taste. It's a much more involved flavor than tequila; some would say it's an acquired taste. But most people from the regions in which it's made will tell you that it's more pure than the majority of tequilas themselves, which means no hangover, which means you might get over the taste.

So there you go.

True connoisseurs will sip tequila from a glass like a brandy snifter that's closed off toward the top in order to have a more flavorful experience.

5. Tequila must be made in Mexico in order to even qualify as true tequila.

Primarily Western Mexico, in a state called Jalisco. Select other states sometimes do the trick as well.

6. All 100 percent blue agave tequila is essentially the same quality.

Aging won't typically alter the quality or taste to the point that it makes a legitimate difference, so don't fall into the cheap marketing ploys that tend to be utilized to the maximum when it comes to booze of all kinds.

7. Many aficionados will tell you that the ever-loved Patron is too plain.

Tequila is beloved for its kick and flavor; many true blue drinkers believe that higher-end Patron is just too smooth, stripped of its character.

8. Out of all the most popular alcohols, tequila is one of the liquors most often paired with meals.

Vodka shots with your entree? Yeah, probably not.

9. Gold tequilas are not always better than silver.

As a whole, what you're looking for in quality will be found in any bottle made with 100 percent Weber Blue Agave, and that should be the only true differentiation you use to decipher what's best.

10. Tequila is actually pretty good for your health.

11. Despite myth, tequila is not hallucinogenic.

So you're gonna have to get your flying gnomes elsewhere.