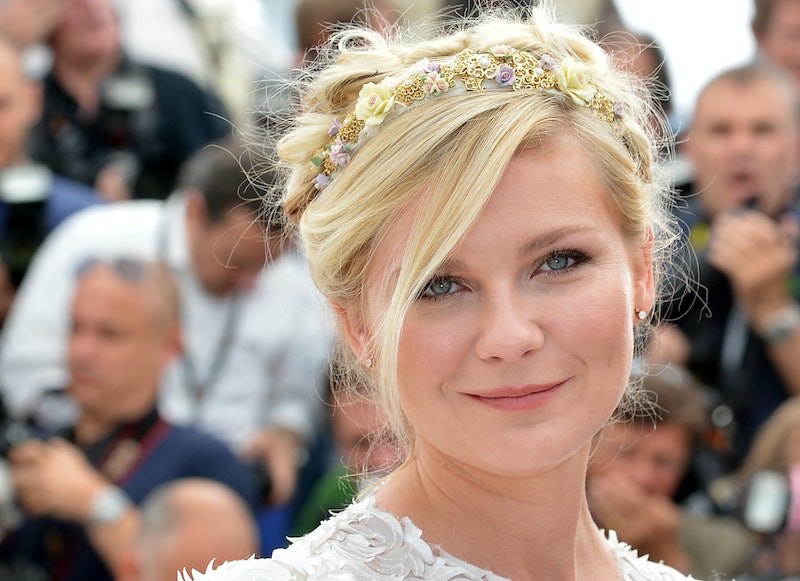 Kirsten Dunst has been acting for a long time — 15 years, to be exact. And while many actors manage to complete maybe two or three projects in a year, her rate seems to be way higher, considering she's got a whopping 88 film and TV credits to her name in that relatively short span of time. Chances are, you probably grew up obsessed with one or another of her movies (Little Women was my first!), and for good reason. Dunst brought a refreshing intensity to the screen in ways that other young actresses her age found it hard to mimic. This ability set her apart and pretty much guaranteed her rise to fame, and I'm happy it did. She's made some of my favorite movies out there, and they totally hold up well, even years later.

Given that Dunst is close to my age (she's two years older, but close enough), it's sorta like we grew up together in the pop culture sense. Her taste in roles over the years mirrored my own taste in movies, so I've seen pretty much everything she's done — save for Wimbledon. I will never see Wimbledon and you shouldn't, either.

If you're ready for a movie night in, here are 9 Kirsten Dunst movies you should add to your list.

Ugh, how beautiful was Marie Antoinette? Sofia Coppola's version of the classic story may not be all that faithful to what happened in real life, but does it matter when there is so much beautiful pastel pink? The soundtrack is amazing, the scenery is incredible, and Dunst in the title role is just perfect.

Yes, I'm still obsessed with Jumanji 15 years on. I have no shame. It's brilliant. A board game that takes over the real world and could potentially kill you? SOLD.

Elizabethtown was like Garden State redux, and that's why it's awesome (because Garden State was awesome and I saw it like, four times in theaters). A shoe designer is all depressed and wants to kill himself, until his father dies and he flies home to Elizabethtown (duh) and meets Claire, played by Dunst. Perfect!

Is it sad to say that I was completely and utterly obsessed with this movie as a morose, angsty 15-year-old? Because I TOTALLY WAS. In hindsight, it's really depressing, but a pretty faithful adaptation of Jeffrey Eugenides' book of the same name, so it's worth watching, for sure (or, you know, re-watching).

The very first book I can ever remember becoming completely and utterly head-over-heels in love with is without a doubt Louisa May Alcott's Little Women. In fact, my very first poem I ever wrote as an 11-year-old was about Beth's death. Dunst played Amy March in this movie, and we all know Amy was THE WORST, but she managed to make her a character you loved to hate.

Chances are, Bring It On is already party of your movie nights because it's JUST THAT GOOD. If you love high school cheerleading dramas/comedies, you're in luck, because Dunst absolutely kills it in this and it's a darn good movie in general, too.

Am I cheating by including a Lifetime movie in this list? Of course not — I make my own rules. Fifteen and Pregnant probably scared you senseless when you saw it as an adolescent (and you know you saw it — everyone did!) and frankly, it still kinda scares me now even though I haven't been 15 in a long, long time. I still don't want to be pregnant. This is a TV movie classic and always will be.

Eternal Sunshine of the Spotless Mind (2004)

Full disclosure: I was going through one weird breakup when this movie came out, so it resonated to a sickly degree. That, and my everlasting love for Kate Winslet made this movie one of my all-time favorites. Dunst was a bonus, and I'm glad she's in it. If you're feeling a little melancholy, definitely pop this one on (or don't, I don't know — it might make things worse!).

That's right, I took it ALL THE WAY BACK to Interview with the Vampire. This movie is worth it for Brad Pitt alone, but mini Dunst showed some promising beginnings in this movie, even if it is surprising that the experience didn't scar her for life.