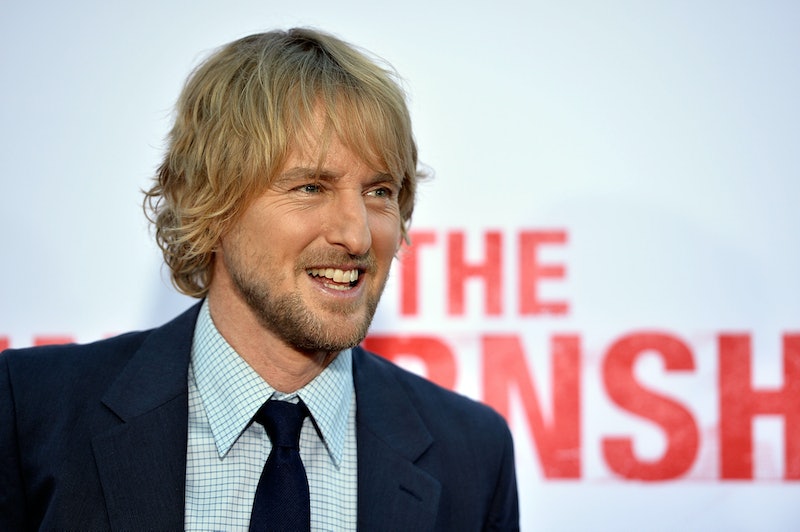 For those of us who grew up on Wes Anderson and Wedding Crashers, watching Owen Wilson struggle with emotional and psychological problems, become the subject of predatory tabloid headlines, and star in a string of critical and box office failures like The Internship, How Do You Know, and Hall Pass in the last few years has been painful. To be fair, Wilson has had some major victories, like his starring role in the beloved Woody Allen film Midnight in Paris but still, until the trailer for The Grand Budapest Hotel debuted and Deadline announced he would be executive producing a new series for Starz, WonderWorld , I feared for my favorite mop-haired Texan.

Well, now I can say my fear is gone. The Anderson-Wilson dream team is unstoppable, as evidenced by everything from The Royal Tennenbaums (which they co-wrote and received an Academy Award nomination for) to Fantastic Mr. Fox. Perhaps even more excitingly, Wilson is showing he can produce compelling material outside of his longstanding nepotistic relationship with Anderson. Maybe I'm jumping the gun in praising a series that is still in development, but WonderWorld already has my attention.

The series is set to follow two FBI agents as they infiltrate the seedy, mafia-controlled porn industry in the Reagan era. In other words, the best parts of The Americans, The Sopranos, and Boogie Nights. What's more, the series will air on Starz, meaning no censored content and lots of potential for realistic sex and violence. Normally, I would be wary of a Starz program since the network isn't exactly known for its quality content; however, ever since Party Down and The Pillars of the Earth, I'm more inclined to give it the benefit of the doubt. After all, it's putting its faith in Owen Wilson.

More like this
Morfydd Clark’s Party Trick Is Only Impressive To “People Outside Of Wales”
By L'Oréal Blackett and Maxine Harrison
Paul Mescal, Man Of Mystery
By Samantha Leach and Heather Hazzan
What’s New On Netflix: Ana De Armas’ 'Blonde' & A Nick Kroll Special
By Arya Roshanian
A Familiar 'Sex Education' Star Just Got A Major Role In Fantasy Teen Drama 'Silver'
By El Hunt
Get Even More From Bustle — Sign Up For The Newsletter