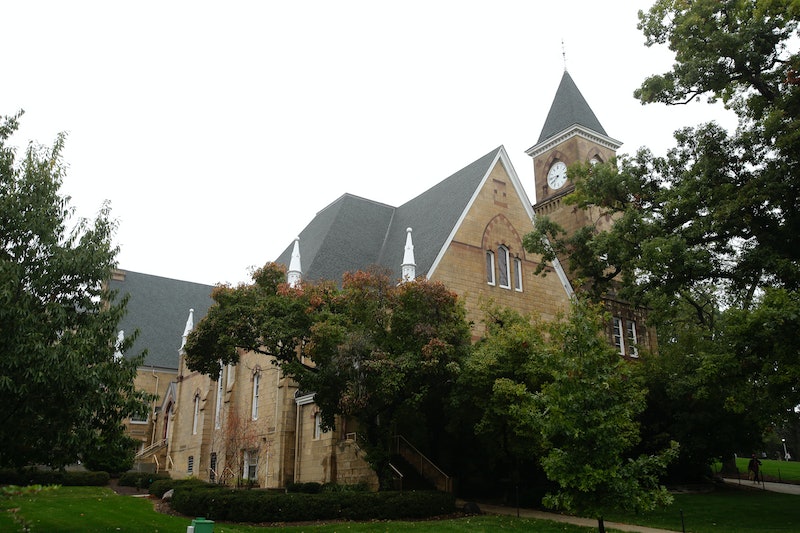 Every week without fail, it seems the news is inundated with unfortunate stories involving sexual assault allegations on college campuses. From California to Connecticut, rape and sexual violence is something that students are experiencing all over the country in vast numbers. While some schools are successfully raising awareness about these issues, it often seems little is being done when it comes to enforcing actual policies.

This week, SAFER (an organization that helps students achieve sexual assault policy reform at their schools) and V-Day (the global movement to end violence against women) released a study that analyzed about 300 formal and informal sexual assault policies from colleges and universities across the United States.

The study reveals that one-third of sexual assault policies on college campuses do not fully comply with federal law. In addition to this problematic finding, SAFER and V-Day note:

Megan McKendry, the lead writer on the report, told Bustle that these findings give insight into how sexual assault policies are functioning on U.S. campuses.

"There is clearly a need for policy improvement and reform. SAFER and V-Day's findings suggest the schools' sexual assault policies are unclear or difficult to access," McKendry said. "Only half of the policies indicate that schools provide primary prevention programming, which is absolutely essential in order to comprehensively prevent and respond to this problem."

The CAP report comes at a highly relevant time: On October 21, seven students filed a complaint against the University of Connecticut with the U.S. Department of Education's Office for Civil Rights regarding the school’s handling (or, lack thereof) of their reported sexual assaults on campus.

When UConn student Kylie Angell reported her sexual assault to campus police — after the administration failed to appropriately address her report — one officer told her, “Women need to stop spreading their legs like peanut butter or rape is going to keep on happening 'til the cows come home."

It looks like SAFER’s right: there’s some serious work that needs to be done.

Of course, UConn isn’t alone in their rape problem. A number of other similar cases have come to light in the past couple of weeks, making it obvious that colleges nationwide have a real epidemic on their hands. According to Aljazeera, 20 to 25 percent of college women experience rape or attempted rape, and nine in 10 campus sexual assaults are carried out by serial rapists.

"Only 15.9 percent of the schools' policies have amnesty clauses, which offer immunity from campus discipline to survivors who were in violation of other school policies regarding drinking or drug use at the time of their assault," McKendry added. "The lack of a written amnesty policy could deter reporting by survivors, particularly in light of the association between alcohol and sexual assault."

The CAP report doesn’t just list a series of problems; it also offers a number of recommendations and possible solutions for universities to embrace. SAFER and V-Day suggest that schools increase the availability of resources for assault survivors, make sure sexual assault policies are easy for students to find on the school’s website, and allow students more opportunities to be involved in making concrete policy decisions.

"From the beginning, SAFER and V-Day's Campus Accountability Project has been primarily about empowering students to create change on their campuses. The assessment tool that we used was designed to guide students through the process of analyzing their schools' sexual assault policies," McKendry said. "It's my hope that this report will further assist student activists in their efforts to reform their schools' policies and eradicate sexual violence on their campuses."

You can raise all the awareness you want, but until rape prevention is addressed by ways of the attackers, it simply isn’t enough. Rape culture is a large problem that extends far and wide, but at the very least, colleges can start to uphold the sexual assault policies in place and work to create more efficient ones.

After all, don’t victims deserve more protection from their schools than attackers?