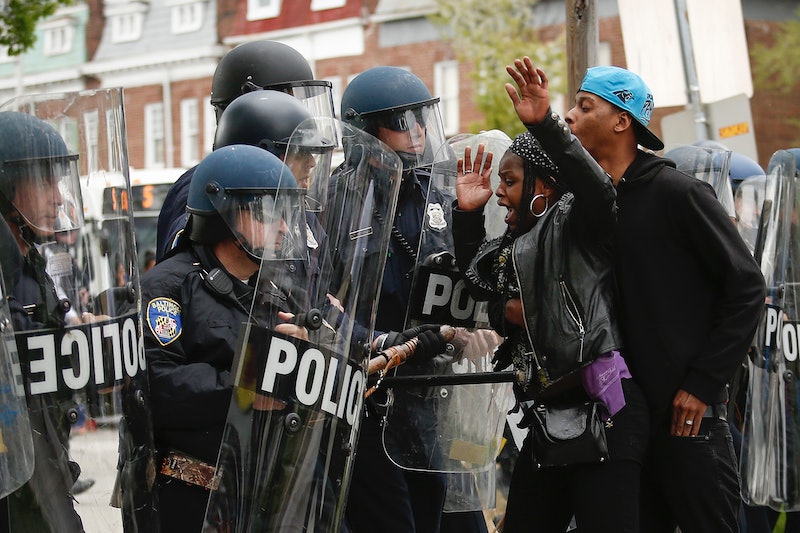 The death of Freddie Gray may have set off riots and looting in Baltimore, but the city's problems began long before Gray was taken into police custody. Issues of racial inequality in educational opportunities, disproportionate arrest rates, and high rates of poverty among black Americans have been taking root in Baltimore for years. Gray's death was the last straw, the match that set fire to an already-explosive set of circumstances. But although it has been capturing the headlines of every newspaper and website lately, Baltimore is not unique. This isn't the only city in America where racial tensions and income inequality are disrupting communities. There are plenty of other cities, big and small, where racial tensions are on the brink. So one of the most important questions now becomes, what city could be the next Baltimore?

When determining which cities have the potential to become sites of uprising, one of the most important factors to examine is the level of residential segregation. For years, black Americans have been kept out of desirable neighborhoods and manipulated with discriminatory lending practices. In Baltimore, redlining is still keeping certain neighborhoods inaccessible to African Americans, leaving black residents no choice but to live in more low-rent, high-crime areas.

Just three years ago, Wells Fargo paid $7.5 million to the city of Baltimore — and $2.5 million directly to borrowers in the area — to settle a lawsuit alleging that the company wronged thousands of African Americans:

These discriminatory housing practices construct cities where the average white city-dweller lives in a neighborhood that is 75 percent white. This map of St. Louis shows property ratings instituted by the Home Owners' Loan Corporation, instituted by the New Deal, which were explicitly based on race.

In addition to unfair lending practices, cities like Baltimore and Ferguson's local urban center, St. Louis, have something else in common: high rates of income inequality between black and white residents. The wealth gap between blacks and whites is at its highest level since 1989. In 1989, whites were 17 times wealthier than African Americans, so you can get a picture of the situation.

Based on compelling metrics of residential segregation, income inequality, education gaps, and unemployment, we have compiled the three cities most likely to become a hashtag in the near future. Milwaukee, Chicago, and Philadelphia are the cities with the second, fifth, and sixth highest rates of black-white segregation in America, respectively.

Residential Segregation: Philadelphia's low-income residents are clumped together, as are high-income residents, with very little intermingling. In terms of race, the picture looks similar: as the country's ninth most segregated city, Philadelphia keeps their low-income black residents in the inner city, and wealthier whites on the outskirts.

Education and Employment: The unemployment rate for black Pennsylvania residents is approximately twice as high as the rate for whites: the black unemployment rate is 13 percent, and the white rate is only 6.8 percent. In Philadelphia, the difference is slightly more stark — 10.3 percent of black residents are unemployed, and only 4.9 percent of whites.

Income Inequality: The poorest earn only one-twelfth what the richest make in a year. Over one quarter of Philadelphia residents live in poverty, and the average black person in Philly lives in a neighborhood with a 24.8 percent poverty rate, compared to 8.4 percent for whites. Black poverty is almost three times more likely than white poverty. For context, Baltimore has a 24 percent poverty level, and the national rate is 14.5 percent.

Residential Segregation: According to Census data, most black Chicagoans live in a neighborhood that is 90 percent black. Chicago is the third most racially segregated city in the U.S. The difference in life expectancy between the wealthiest and poorest neighborhoods is 16 years.

Education and Employment: Black elementary school students are falling behind their peers, despite efforts to close the achievement gap. And at a staggering 25 percent, Chicago has the highest black unemployment rate of the largest metro areas in the country.

Income Inequality: Illinois has the eighth highest income gap in the nation, and it's worst for black residents — in fact, maps of racial segregation and income segregation fit right over each other.

Residential Segregation: Milwaukee is the most segregated city in the country. Black residents are extremely concentrated in the inner city.

Education and Employment: Fewer than half of the black men in Milwaukee are employed — only 44.7%, steadily declining since 2008. The Wisconsin city has the lowest rate of employment for black males in their prime working years in America.