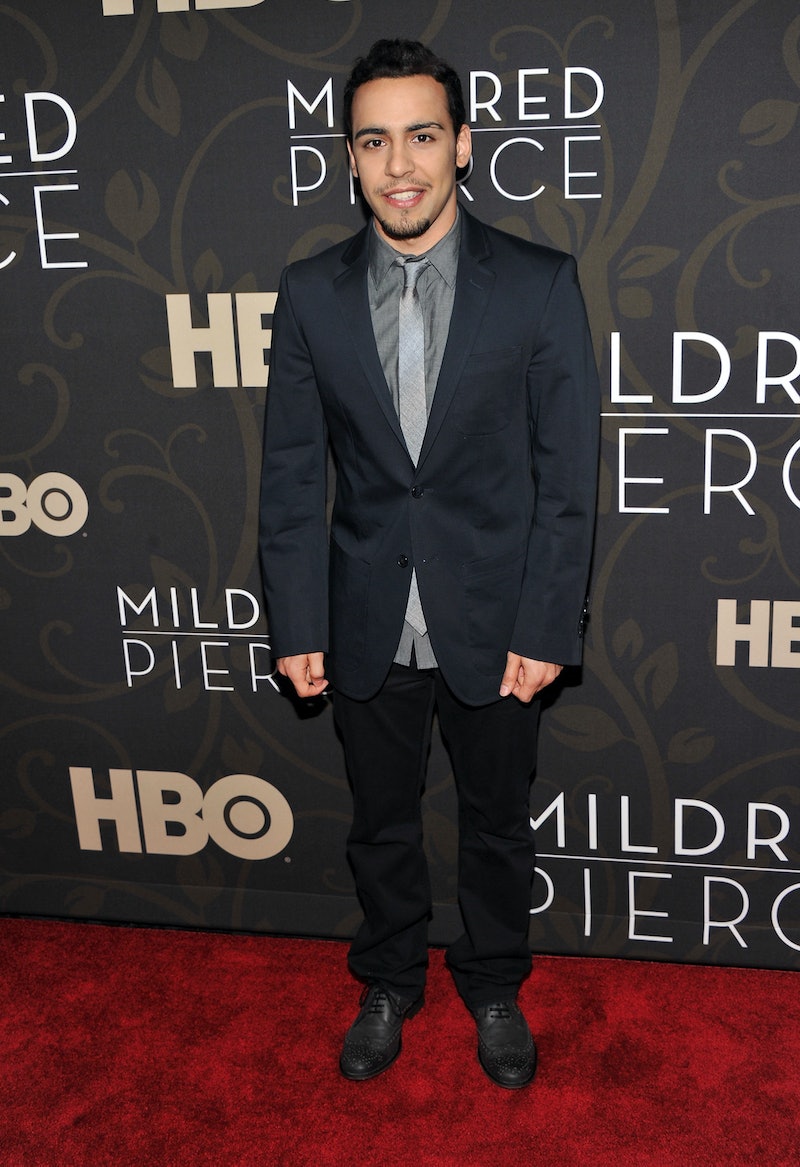 Another day, another tidbit of 50 Shades of Grey news. You know this is my favorite part of the day (I hope you can detect the massive amounts of sarcasm here, because otherwise, there's no point). So, let's just get on with the news! According to Deadline, 50 Shades of Grey has cast Victor Rasuk as José Rodriguez, a classmate of Anastasia Steele's who is apparently a good friend of hers and, since he has a penis, thus a source of jealously for Christian Grey. This guy's got serious issues, guys, can't everyone see that?

Rasuk — who is best known for starring in the moderately good HBO show that no one watched, How to Make It in America — joins a cast already featuring Dakota Johnson (Ana), Jamie Dornan (Christian), and the most recently announced Luke Grimes (Elliot Grey). As for José, he's described as "the perfect guy in every way" by 50 Shades' protagonist, Ana, and the two became friends in their photography class because they recognized each other as "kindred spirits." Typical early-20s pseudo-intellectual bullshit, y'know.

Though José is attracted to Ana (OF COURSE HE IS), she just sees him as the brother she never had — but that doesn't stop Christian from hating him. Obviously, Ana can't make decisions for herself. I'm assuming that he's supposed to be the Jacob-like character in 50 Shades, since it was, after all, originally Twilight fanfiction.

Anyone who watched How to Make It In America, or even Lords of Dogtown knows — Rasuk is actually a talented actor. Hell, most of this cast has a history of being talented, and Sam Taylor-Johnson is a good director. I'm so conflicted about how to feel about this all, now, that I can't even end this post without a sadface emoticon.

More like this
Netflix Shut Down 'Bridgerton' S3 Rumours About A “Very Dark” Storyline
By Bustle
Bill & Frank’s 'The Last Of Us' Episode Has Twitter Emotionally Wrecked
By Alyssa Lapid
Your Guide To Watching 'Everything Everywhere All At Once' In The UK
By El Hunt and Sophie McEvoy
Kukulkan From 'Wakanda Forever' Has A Surprising Connection To Marvel History
By Grace Wehniainen
Get Even More From Bustle — Sign Up For The Newsletter
From hair trends to relationship advice, our daily newsletter has everything you need to sound like a person who’s on TikTok, even if you aren’t.