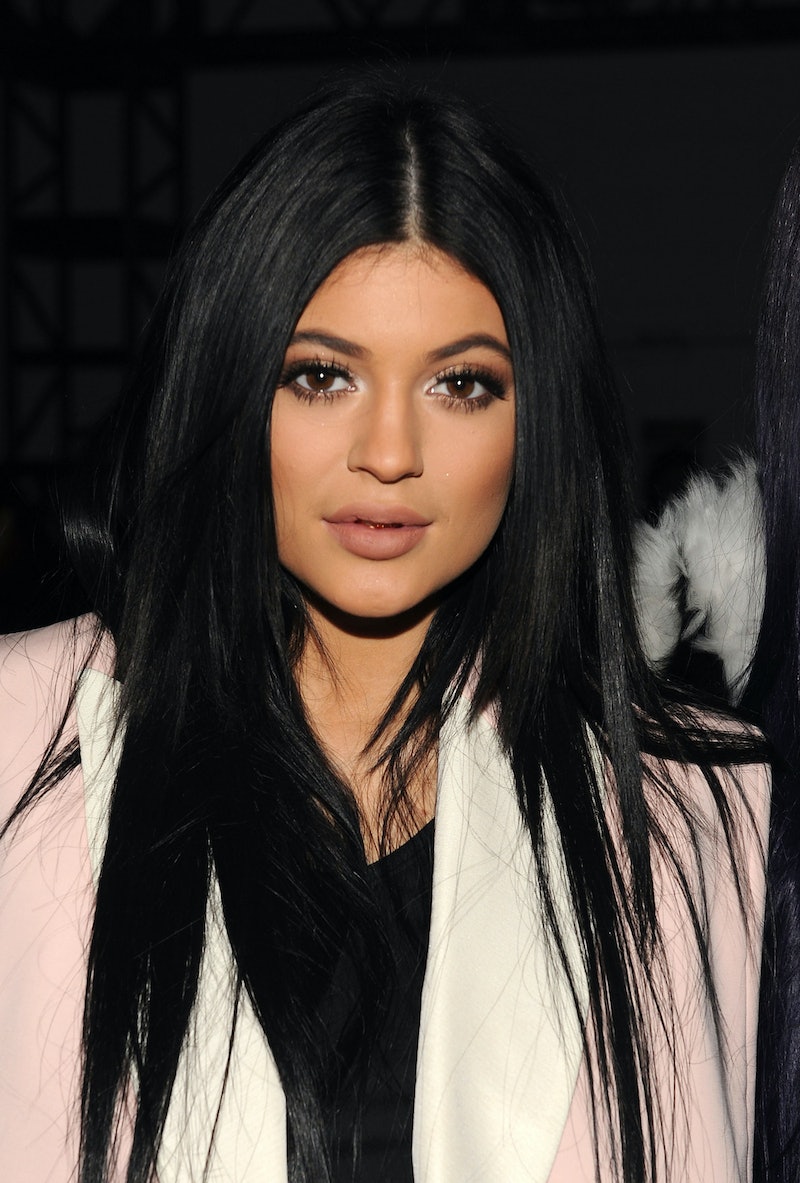 When you're scrolling through a celeb's Instagram, it's hard not to wonder who their glam squad is (and if you can hire them, although that's mostly in my dreams). The question on everyone's mind lately has been, who is Kylie Jenner's makeup artist? Because the younger Jenner sister has been on fleek for some time now and it's hard not to notice. And although we might not have tracked down her main makeup artist, we have found one of them that does an impeccable job: Ariel Tejada.

Jenner posted a picture of her, right after she got all dolled up by Tejada on Instagram. In the shot, Jenner looks totally bronzed, with matte pink lips, and big lashes. I feel like she's wearing a little more makeup than usual, but hey — that's coming from someone who's never owned concealer. She almost looks like a porcelain doll, but not the creepy kind.

This is just an example of Tejada's style: completely pore-less skin, big lashes, and plump (but not glossy) lips, which is currently the way most Instagram shots look. If you're anything like me, you want to know more about the makeup artist behind Kylie Jenner's latest look. Here are 5 things to know about Ariel Tejada.

1. Tejada is a male makeup artist

I know the name may throw you off, but Tejada is definitely a male. There are tons of male makeup artists who are currently killing it in the beauty world today.

This makes sense to me because of how young Jenner is. It's probably pretty cool to have someone your age doing your makeup for you. I bet it's more like just hanging out with friends, which we all love.

3. He's made up stars like Naya Rivera, Kim Zolciak, and Brianna Perry

Which also makes sense because they all share the airbrushed, pore-less look.

If you're looking for a little teaching moment from a celebrity makeup artist, you can totally rely on Tejada's Ghalichi Glam class on how to get J. Lo's glow. The best part? The one day pass will only cost you a dollar!

5. His work has been featured in Vogue Italia and ELLE

At only 19, Tejada has already been featured in some of the biggest fashion magazines around the world. One thing's for sure: this won't be the last time you hear about Ariel Tejada!